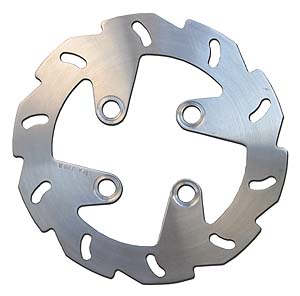 Streamline Performance?s New Blade Rotors, Steel Braided Brake Lines, & Billett Clamps, along with the new top secret products they will be unveiling at the Indianapolis Dealer Expo in 2005 are the official brake products of the 2005 ATV Racing season.

Streamline Brake Components helped carry Team Yoshimura Suzuki?s “Digger” Doug Gust to the top of the podium in 2004, and plan to do so again for 2005. Streamline has emerged as the brake of choice for the ATV racing community through their commitment to engineer, manufacture, test, and produce only the highest quality brake components today. 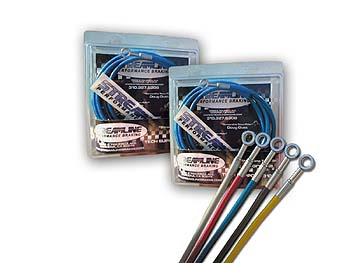 In addition to Team Yoshimura Suzuki?s Doug Gust, Jeremiah Jones, & Jeremy Lawson, Streamline products will grace the ATVs of just about every major race team in the industry, including but not limited to:

Streamline Performance is based out of Gardena, CA, which boasts of over 16,000 square feet of state-of-the-art manufacturing & marketing space. Streamline has emerged as one of the industry leaders in the manufacturing of stainless steel braided brake lines & Rotors for the ATV, & off-road markets.
Streamline Performance Braking
15926 S. Figueroa Ave
Gardena, CA 90248
800-310-5519 Toll Free
310-327-5341 Fax
www.streamlinebrakes.com

KAWASAKI PULLS OUT OF GNCC RACING–NOV 10

WHERE TO HAVE FUN