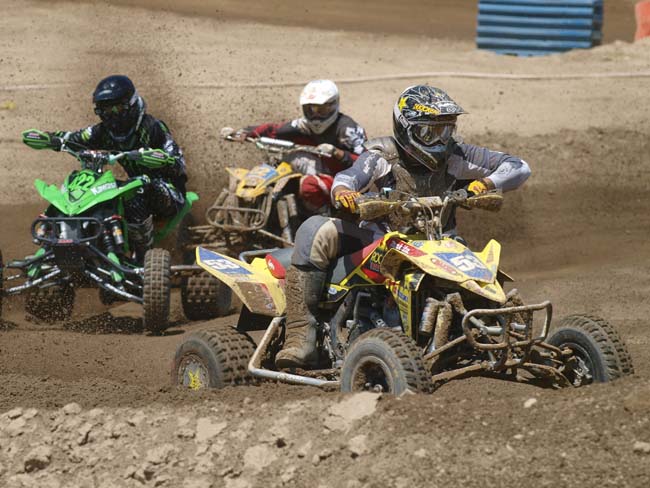 By any measure, Kory Ellis is a good team manager. As the head of the Makita/Rockstar/Yoshimura/Suzuki team he’s put his rider in front of the national motocross series despite injury, bad luck and tough competition. But forget all that. At Sunday’s round of the QuadCross series at Glen Helen he proved he still has what it takes to be a rider himself–and a winner. In the first Open Pro moto he hunted down, passed and beat series leader Jeremie Warnia.
Imagine how intimidating he must be to his team. You might be one of the best riders in the world, but you still have to worry that your boss can lay down a faster lap. The truth is that Ellis was a top racer not that long ago, and that’s where he acquired the know-how to run the fastest team in ATV motocross. But he freely admits that his no longer in Pro condition. “When I came down the hill on that last lap, I could barely hang on,” he said. He and Warnia both had poor starts in that first moto, but Ellis was able to pass his way to the front very quickly, getting by a surprised Warnia in the process. Warnia got his MotoWorks Can-Am in to second, closed in, then made a couple of mistakes. A visibly exhausted Ellis hung on to his Suzuki to win the race by a a few feet. But Ellis had no illusions about the next moto. The track was much rougher, and he had nothing left in the tank. He still finished second to the French rider, and was happy to do that. Jason Dunkleberger was third in both motos on his Yamaha.
The premier class in the QuadCross series is usually the 450 Pro Production class because of the outrageous battles between Warnia and Yamaha’s Dustin Nelson. The two riders seem to be dead even in talent, so the victory goes to whoever has the best day. In this round it was Warnia. But it looked like it would go the other way in the first moto, when Nelson got the holeshot and led every lap. There was a brief period when Warnia took the lead away about halfway through the moto, but Nelson came back a turn later.
So when Nelson grabbed another holeshot, it looked like it might be a repeat. But Warnia has a better record at Glen Helen and he was determined to keep it that way. He passed Nelson on the first lap and slowly but surely pulled away. The winner from two weeks ago, Justin Noss, scored a 3-4 third place over Dunkleberger’s 5-3.
In the 450 expert ranks, it was yet another split decision between Dillion Zimmerman (Can-Am) and Kody Evans. Zimmerman took the second moto and the overall over Evans, Garrin Fuller, Justin Jones and Chase Thomas. 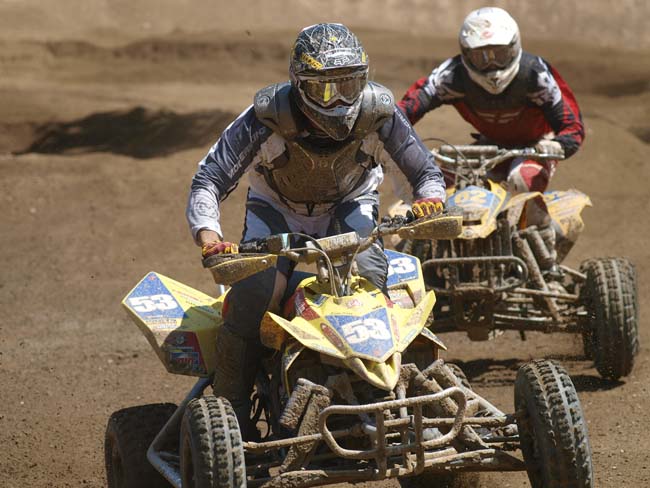 Kory Ellis didn’t have any of his team members to beat MotoWorks Can-Am’s Jeremie Warnia, so he tried to do it himself. 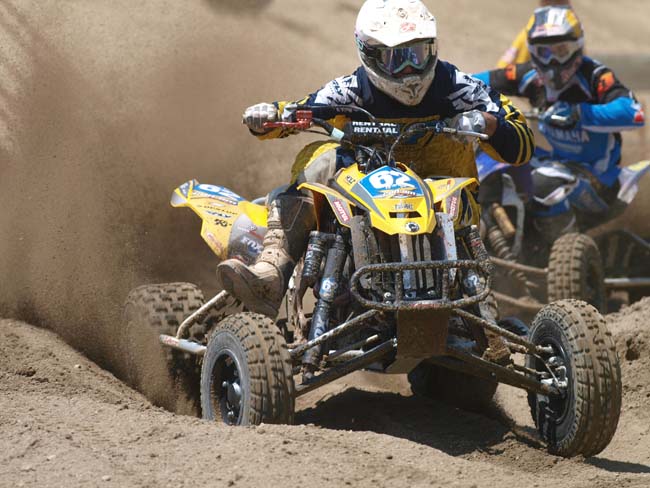 It was Jeremie Warnia’s day with two pro wins. But he had to go work for both. 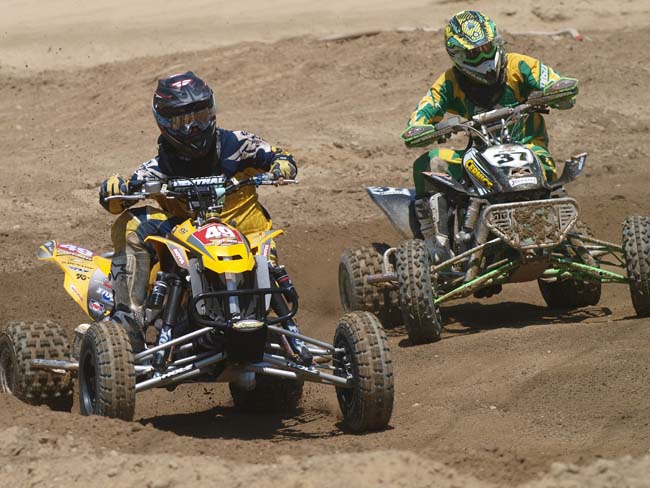