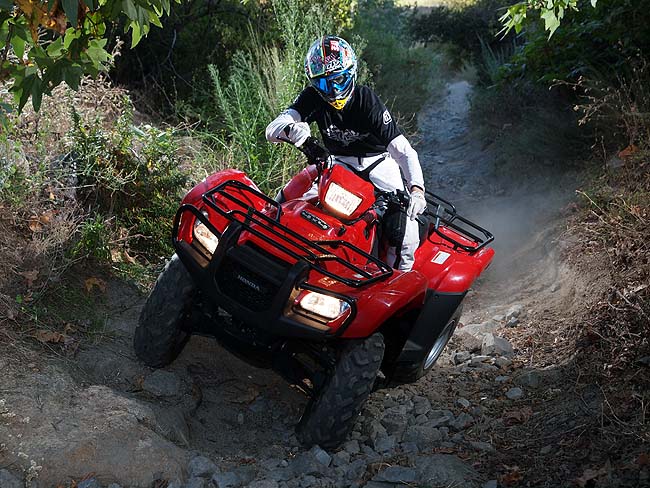 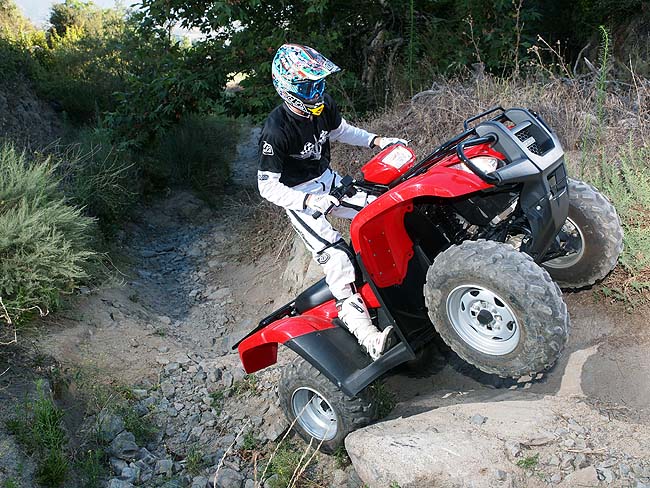 The Foreman remains friendly and unintimidating, even in unfriendly circumstances. 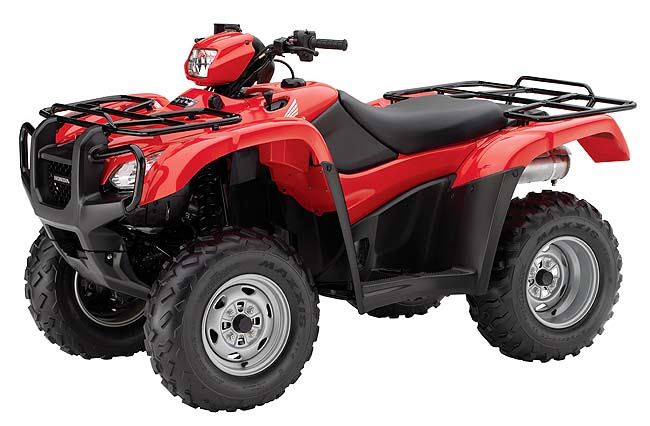 This year brings a number of big changes to the Foreman, the two most important of which are liquid-cooling and electronic fuel injection. 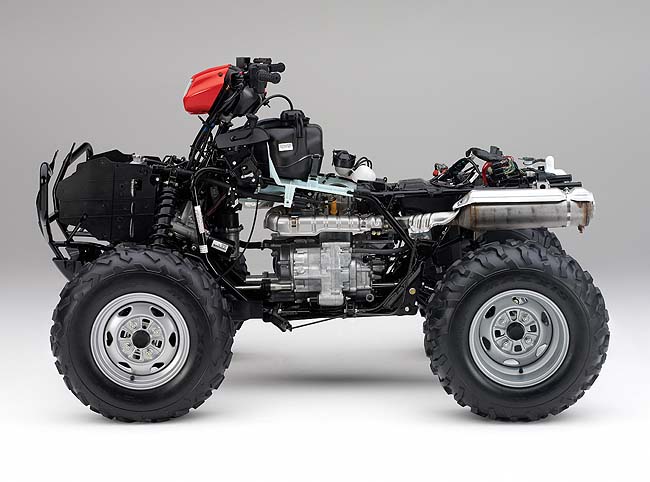 Despite the upgrades for 2012, the Foreman motor remains very simple in design. It’s a pushrod two-valver laid out with a longitudinal crankshaft. Very automotive. 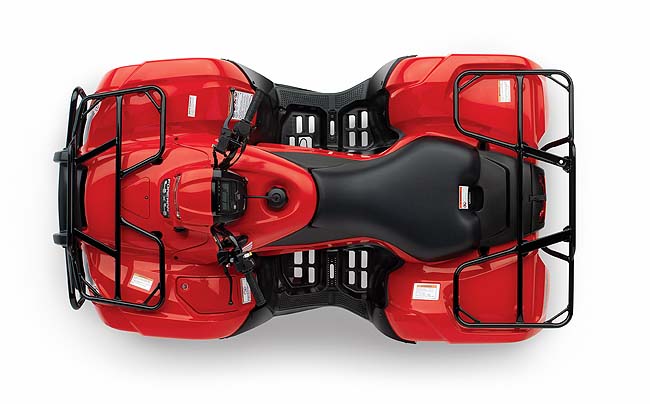 What we love of about the Foreman is its compact, lightweight feel. The new bodywork makes it seem even smaller. 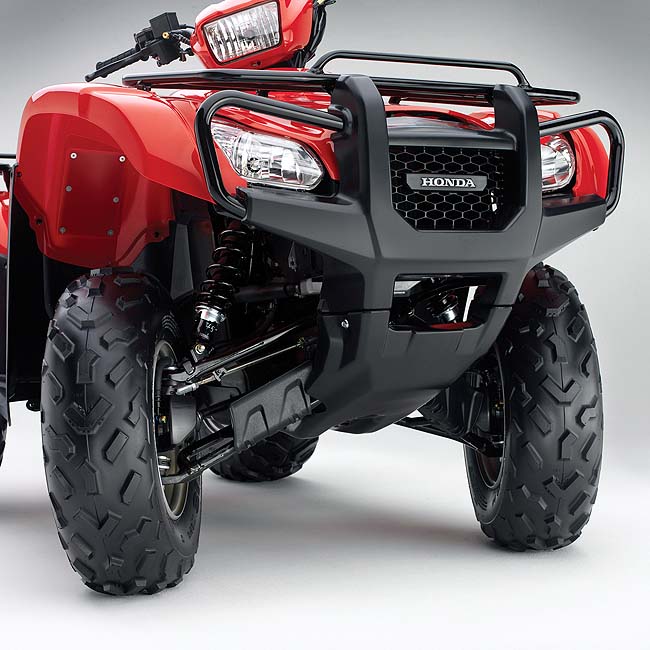 Honda’s take on power-steering is to only provide assistance when you need it most; at low speed.