Team USA Makes History by Winning the Quadcross of European Nations for the First Time!

The 2017 Quadcross of European Nations (QXoN) took place on September 23 and 24 in Cingoli, Italy. After an intense battle against all possible conditions, Team USA rose to the occasion, winning the world championship for the first time in our nation’s history. 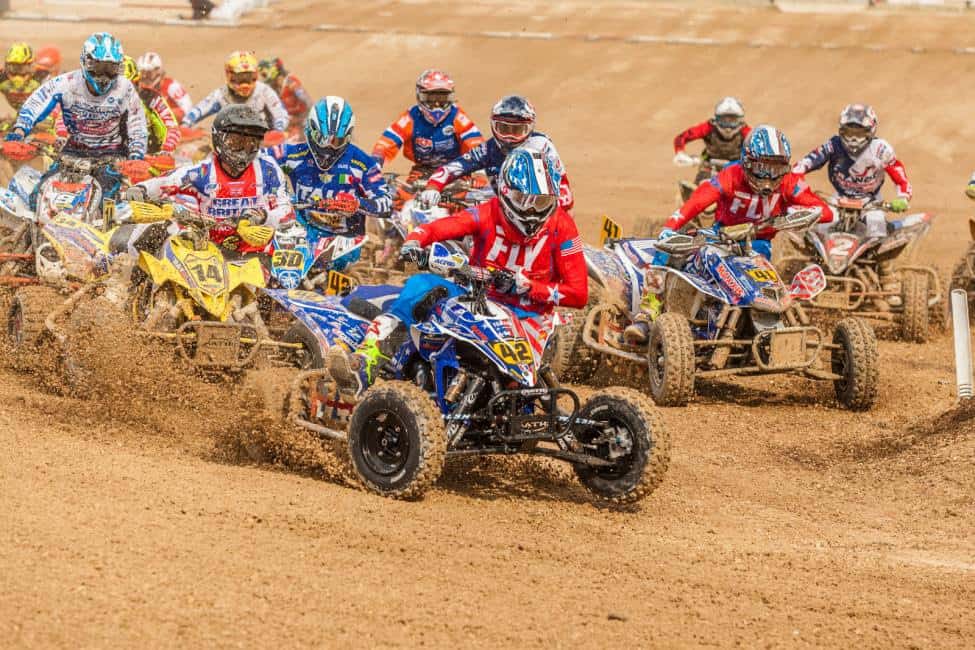 “We have been working towards doing the QXoN for the past three years, and it has always been a dream of mine to represent the USA in ATV Motocross,” said five-time ATVMX champion Wienen. “We achieved our goals by doing so, and winning the event was just a great moment for not only us, but the sport of ATVMX in its entirety.” 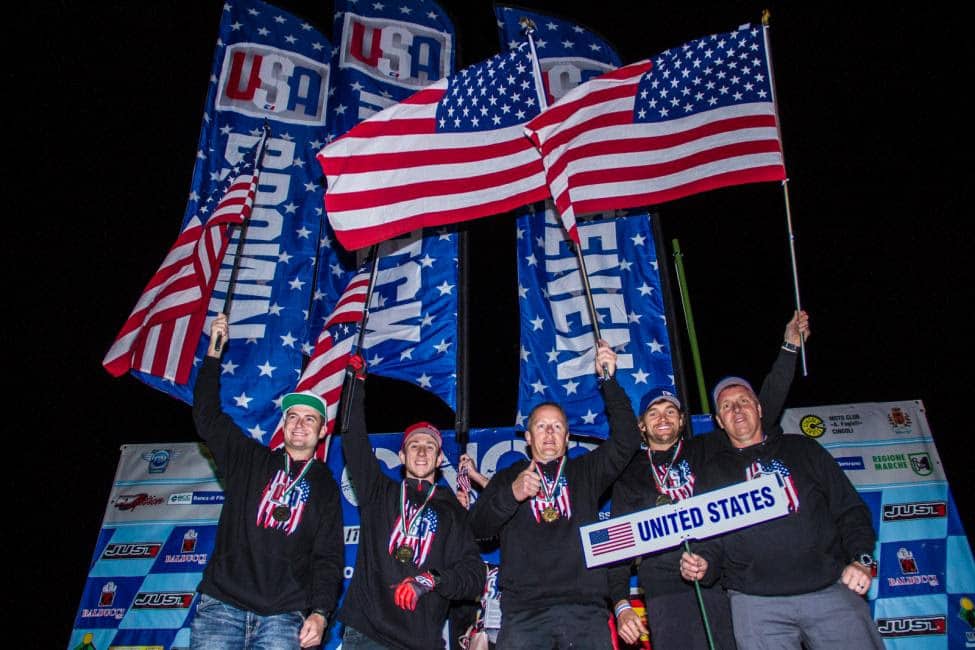 On Sunday, race conditions were near perfect and the three-man team kicked off the first moto win by Thomas Brown, while Joel Hetrick was plagued by a mechanical issue. Wienen topped the second moto, with Hetrick recovering to finish second. Brown continued his success in the third and final moto once the rain began to fall, taking the checkers first and Wienen finishing just off the podium in fourth. Brown’s performance was especially impressive where his 1-1 moto tally provided the team with the points advantage to take home USA’s first ever QXoN win, ahead France in second, and Ireland rounding out the top-three overall.

“I was super excited to be picked for Team USA from the very beginning. It was a true honor to represent the USA in such a world class event,” said Brown. “Every part of this team worked hard and being able to succeed and bring back the ‘W’ to the USA was a dream come true. What a perfect way to end the 2017 season!”

For nearly ten years the QXoN has been hosted in a different country annually. This unique event spans two days of grueling race conditions held rain or shine. Countries are represented by teams of riders, making this event the most prestigious ATV Motocross team event in the world – it is the Olympics of ATVMX racing. This year 18 different countries sent their best riders to compete for the event win.

“It was one of the greatest experiences of my life being able to attend the QXoN,” explained newly crowned ATVMX champion, Hetrick. “I met a lot of racers and fans that really enjoyed our presence. It was awesome to be there racing alongside so many different countries and was even better to have Team USA come out on top. From winning the National Championship, Team USA winning the QXoN and marrying my best friend just this past weekend, 2017 will be hard to top!” 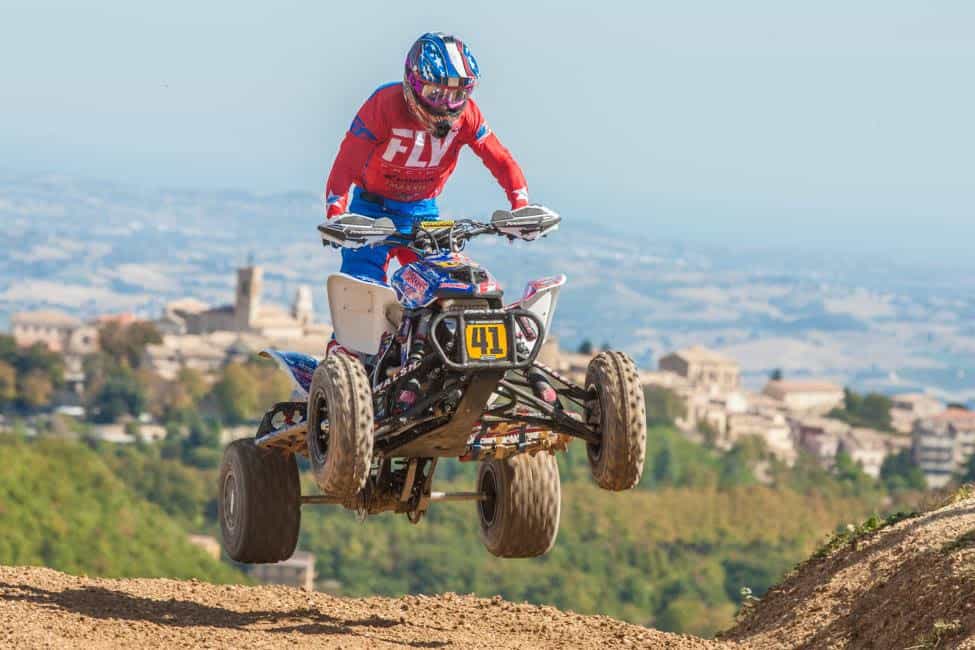 “When we first started talking about this race, I knew right away that our team would be dominant as far as speed and ability. I know from past experiences though, nothing ever goes as planned racing in Europe and it wouldn’t be just a ‘walk in the park,'” explained team manager, Baldwin, “We did the absolute best we could trying to prepare for the unexpected and luckily ended the weekend with only a few technical hiccups. Thomas, Joel and Chad kept all four wheels on the ground and got through the weekend without injury. I feel like coming out on top at QXoN was a product of proper preparation by the entire team, sponsors and contributions from ATV enthusiasts backing our efforts. We had such an amazing support group! That played a big role in our success and I would like to say thank you to everyone who made this first Team USA ATV MX possible.” 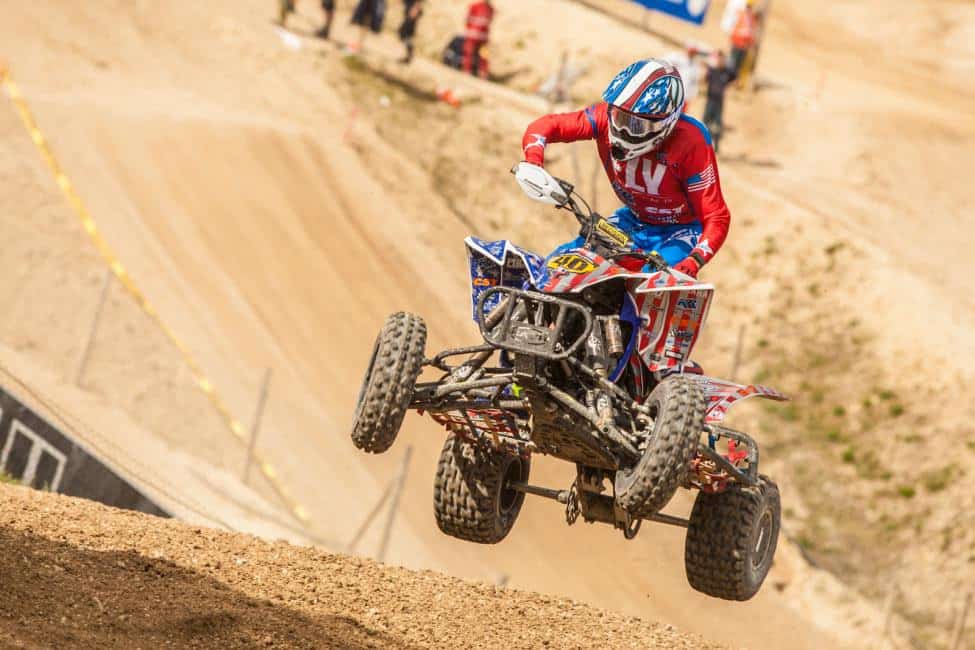 Team USA is making plans to attend the 2018 QXoN to be held in Denmark. To donate to the 2018 efforts, click HERE. For more information on the QXoN event, visit the website HERE. Join the conversation on the team’s Facebook page and follow the official Instagram.