What do you get when you mix a photo crew with a bunch of high-fly­in’ ATV riders? Hopefully, some pretty crazy stuff. Top National racers Doug Gust and Joe Byrd, along with Steve “Cowboy” Runkle (he rides quads just for the fun of it!), pulled off a wild ATV stunt that has never been seen before. Perfecting this story we’re calling, Sky Shot pilots.

One rider after another sailed high over Gust’s huge dump truck, which was placed in between a tricky double jump on Doug’s private practice track. That wasn’t all—sometimes they managed to high-five fellow rider Wes Mil­ler, who was standing in the bed, which actually had to be tilted up to get him high enough!

By the end of the day, everyone was thankfully still in one piece. We would, however, recommend that un­less your name is Doug Gust, Joe Byrd, or “Cowboy” Runkle, don’t try this at home! 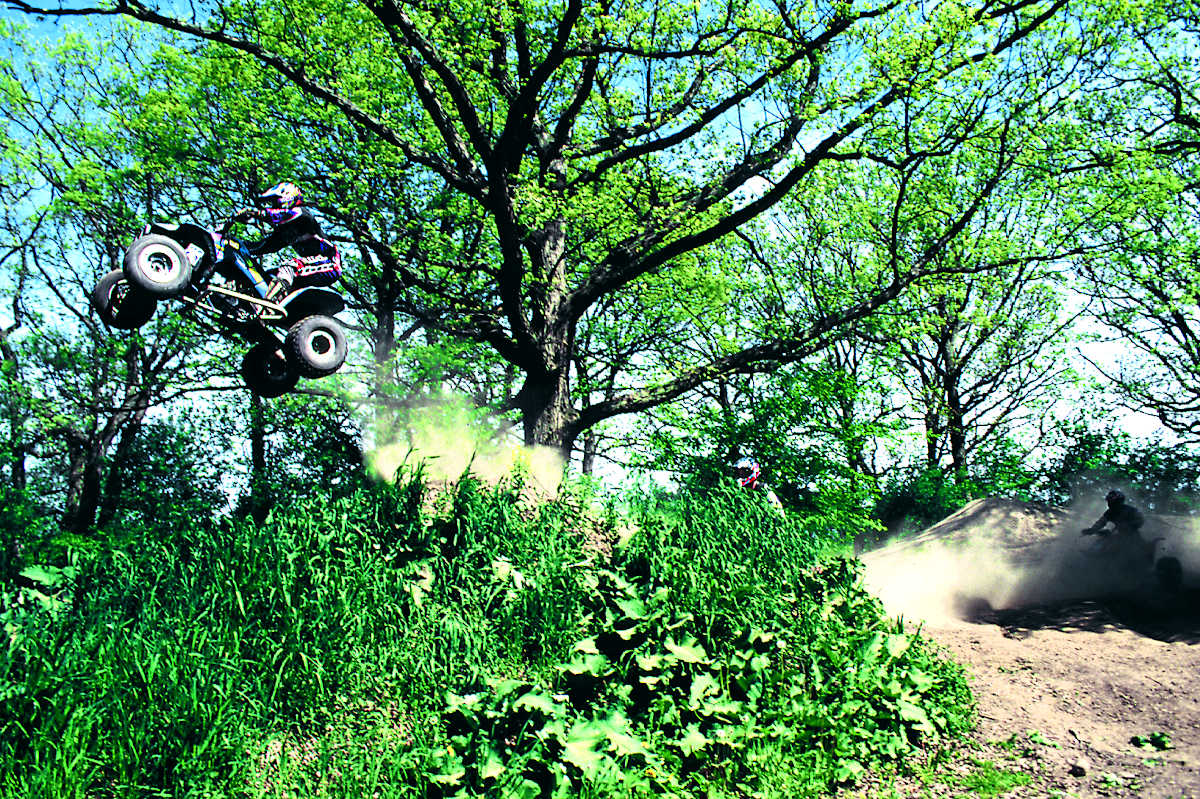 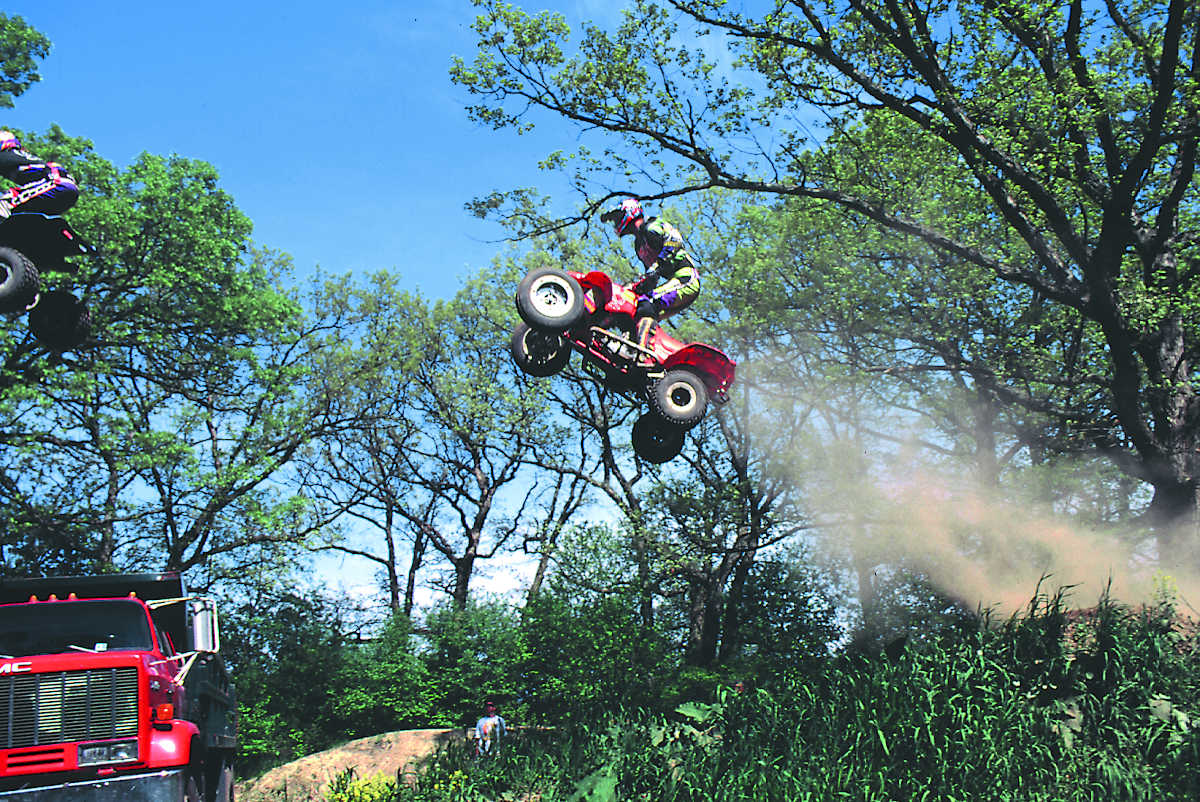 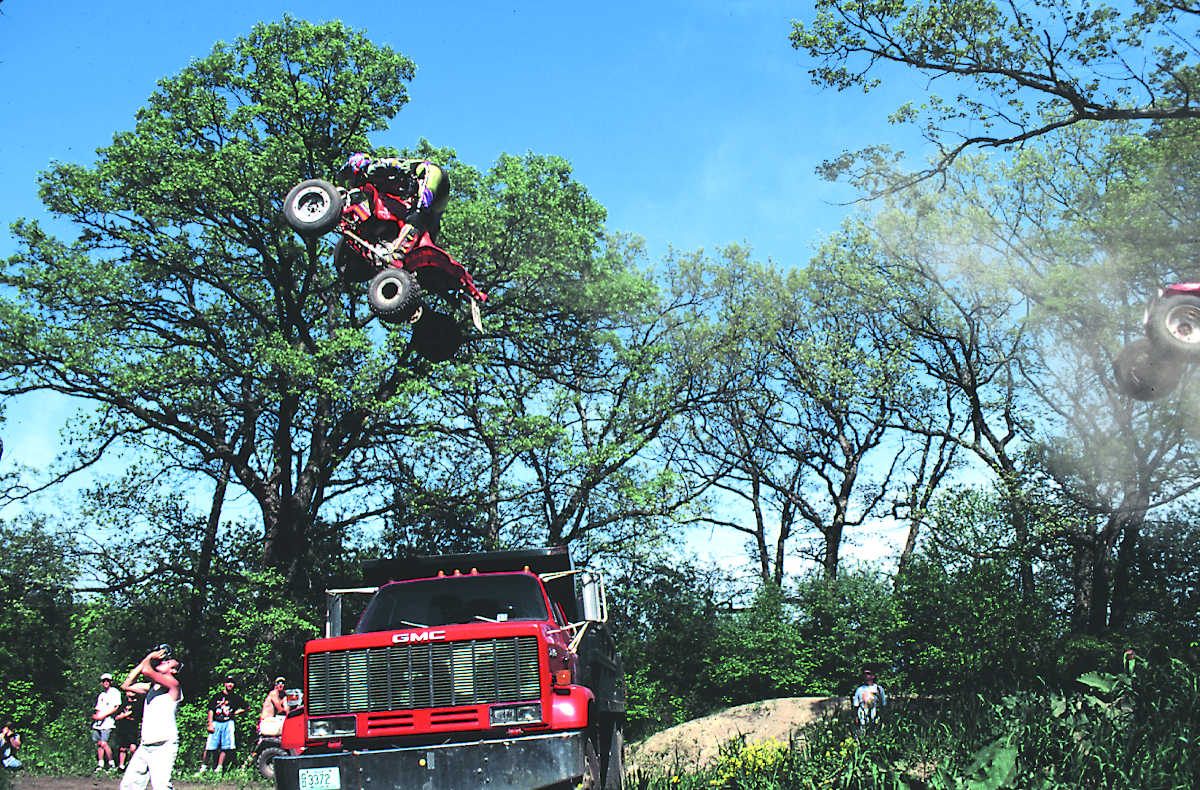 WARNING: The action depicted here is potentially dangerous. All of the rid­ers seen in these photos are highly experienced riders or professionals. Do not attempt to duplicate any stunts that are beyond your capabilities. Always wear the ap­pro­priate safety gear when riding.