There is an old saying that the most important real estate in a racecourse is the 6 inches between the driver’s ears. In other words, the racer’s brain. In recent years we have seen plenty of evidence that racers are racers. If you know how to race, you can adapt to other formats. We see that with quad and motorcycle pilots making good in UTV off-road racing. Plus, we have seen drivers like the Miller brothers switch from woods racing in the east to winning championships in the west, and even the King of the Hammers.

Alaskan racer Billy Long is as great an example of this phenomenon as any driver we know. After winning the Alaska State Ice Racing Championship, he made the switch to desert racing two and a half years ago. Long claims that ice racing is more aggressive and technical in some ways than desert racing is. It seems like a stretch to us for a racer to make the jump from competing on frozen water to the heat, whoops and dust of the desert. 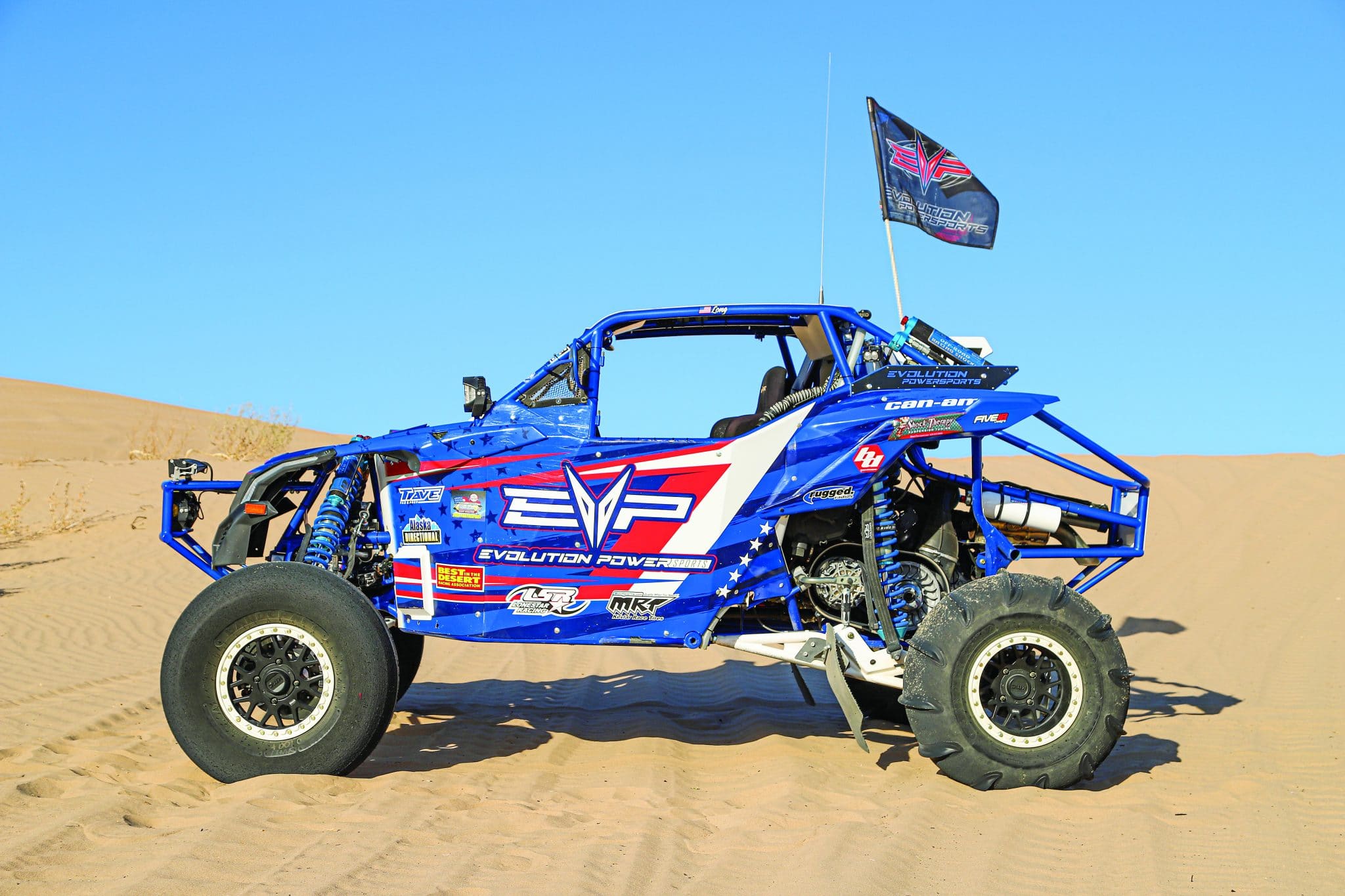 Long started his most successful season to date with a 2020 Can-Am X3 RR, saying, “Can-Am has a great platform. The way they handle and corner is better for the desert. They ride like a race car inside. Before it is even driven, the new car goes to Lone Star Racing for a full race chassis.” Long is happy, saying, “LSR builds a very good chassis. In my years racing desert, I haven’t broken anything or had any chassis-related failures at all. Normal racing doesn’t bend it. You have to wreck it. The LSR-modified chassis is made for racing, and the company sells the same exact product to the public.”

Long chose to add a few things to the Lone Star long-travel chassis. Shock Therapy handles the shock modifications to suit the shock performance to the race-series terrain and personalize them for the wide, long-travel LSR suspension arms. Shock Therapy also handles rebuild and upkeep. The car runs both the stock Fox and Kings shocks. Long is not sponsored by either company, so he can use whatever shock he wants. He feels the Fox shocks are better for longer events, and the Kings are best for more aggressive races. Shock Therapy’s billet steering rack, sway bars and adjustable sway bar links are used as well. “Shock Therapy has great service for a racer,” Long explained. “They have tested suspension for me when I wasn’t even there.”

Axles had been a problem in some races, but Long switched to RCV axles, and that ended the failures. He runs stock front and rear differentials. Finishing things up are Walker Evans beadlock wheels with MRT tires. Long is pumped with the tires claiming only two flats in 16 races. He says the MRT tires come out of a corner like nothing else, and the race support program is excellent.

Long claims that adapting to the change in terrain was not all that tough. Logistics are the hardest part. He has a business called Alaska Directional to run, so he gets only a few days around each race here in the land of “chop and choya.” Locals get to practice. Long and fiancé Haley Young get to the race site a week before at most, and he has to test and dial the car in. Long credits Tyler Avilar of TAVE Fab and Prep with a lot of the work. “My prep guy is so detail-oriented,” Long say with satisfaction. “He has the car dialed and will even drive it to the race for me. It gets torn down between every race, and in that time everything gets checked. Sometimes he has only a week between races. Tyler is also part of the pit crew.”

He relies on friends for other parts of the race program: “Brooklyn DeMan is letting me use a pre-runner for Parker.” Others help with pits and testing.

The Can-Am X3 in any of the 195-horsepower RR variations are already amazingly potent, but Long went to Evolution Powersports (EVP) to pump the performance up even more. He got custom race ECU calibrations to go with a Maptuner X and larger fuel injectors. For reliability he got the EVP intake plenum brace, charge tube and blow-off valve. Helping with drive are clutch mods, including a desert race helix, springs and primary weights, plus an EVP Shift-Tek clutch calibration and EVP “BA” CVT belt. Long claims that he has had no belt trouble since switching to the Evo belt. Finally, the engine breathes out through a custom race exhaust.

Like all race cars, Long’s LSR X3 requires that you take down the window nets and crawl in through the window openings. Inside, LSR has cleaned up the dash area. The dash holds numerous switches, instruments, a Lowrance GPS, a Rugged Radios radio and an intercom. Rugged also supplied the helmet pumper system. Impact Racing Genesys hard-shell seats keep the passengers in place.

Outside the car you will find mirrors and an astounding assortment of Baja Designs lights placed to allow visibility, to crush darkness, and stab through fog and dust. The car also carries a spare race wheel, and a light and quick Kings jack to help change the rare flat tire.

We hooked up with Billy and Haley when they accompanied sponsor Evo to Glamis for the final Outlaw sand drag event of the season. Further proving his adaptability, Long took home a class win for Evo in the drags! Proving his claims about the overall strength and reliability of his race car, the pair borrowed paddle tires for the Can-Am and set about learning about playing in the sand dunes for the long weekend.

We tied Long down and asked what his favorite aspects of his car are. He claimed that the strong points are the structural integrity, agility and speed. He notched those qualities up to the Evo tune and that well-dialed Lone Star chassis.

Billy Long has built a car that looks great for photos and stands out from the crowd at races or even while playing at Glamis for after-season fun. It craves the rough stuff, and the suspension makes the car look like it is just floating along. It sits high with plenty of ground clearance. It has everything that a serious driver needs while still watching the budget. Long is racing on his own money because he loves the sport and the competition. He makes the car look as good as it can while he improves his finishing positions and tries to attract additional money and product sponsors to his program.

For 2021 he will be continuing his run in the Best in the Desert series while adding the Martelli Brothers races and select events from the new Legacy Racing Association series. 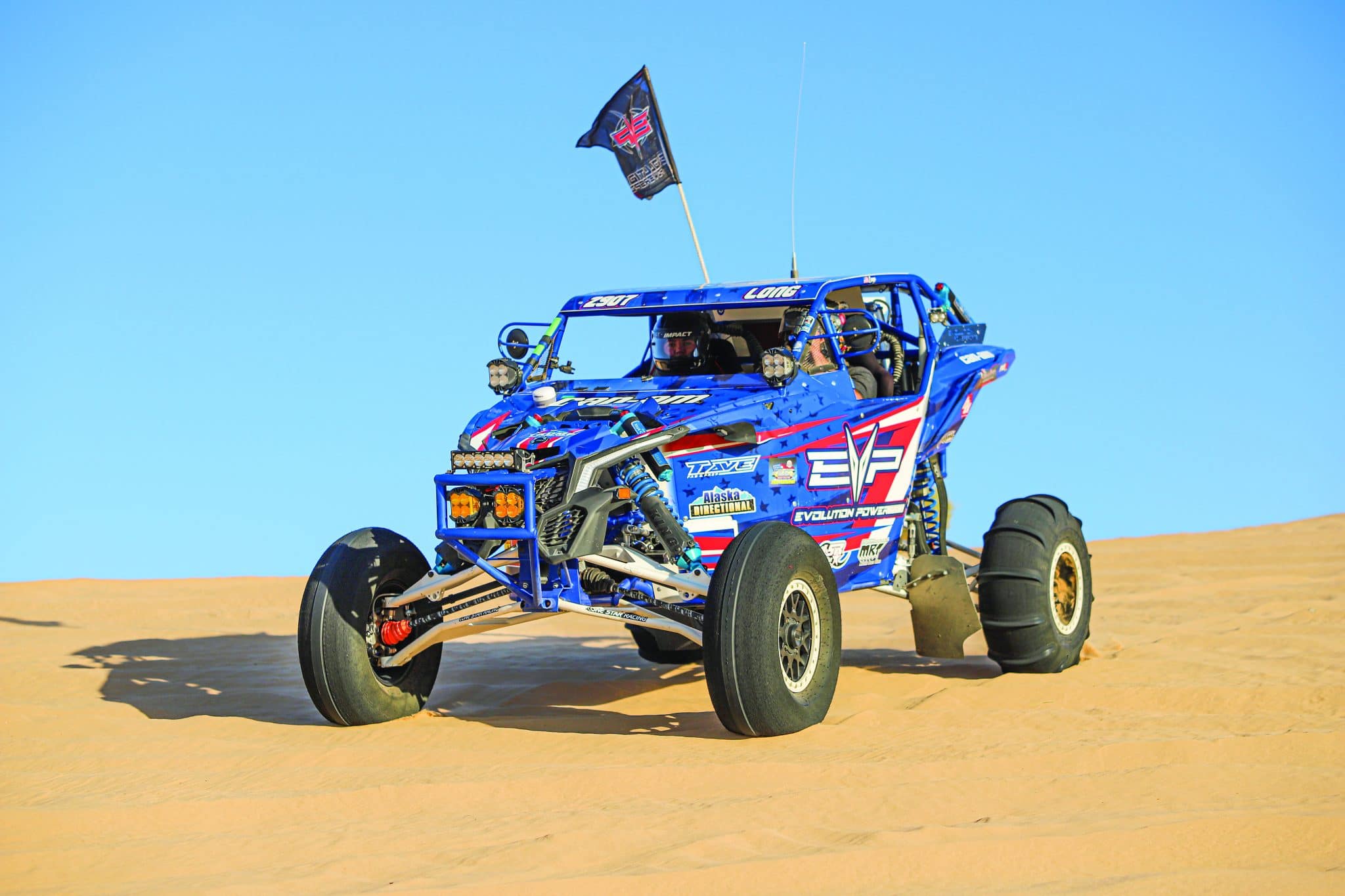