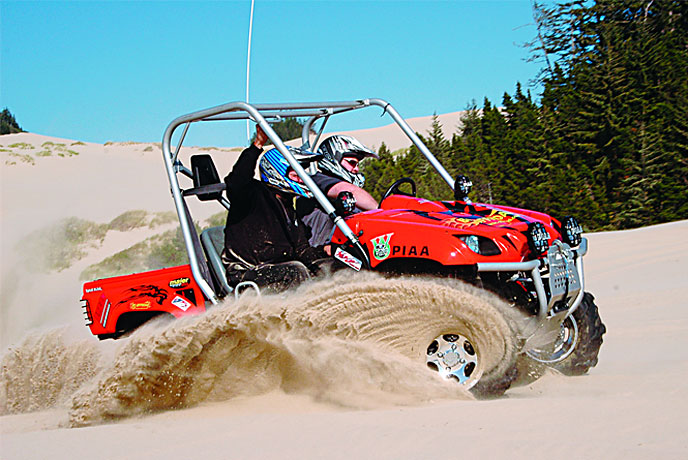 We spotted this styled out Rhino while out at Oregon’s annual Dune Fest and thought you might like to check it out. It belongs to BC Racing’s Bryan Compton, who lives in Veneta, Oregon.
Bryan was kind enough to fill out a spec sheet on the machine to let us know about some of the mods he had made to the vehicle for sand exploring (see spec sheet with this story). He even let us take it for a spin to see how the big bore LRD 686cc engine kit performed in the dunes.
We liked the extra ump the Rhino had with this engine big bore kit and in the power-robbing sand environment it makes a significant difference compared to a stock Rhino. The BC Rhino also had a set of I-shock front and rear suspension, and took the sand pounding much better than a stocker.
Overall, we liked Bryan’s modified Rhino and compliment him on his good taste in building a practical and fun sand slinger side-by-side vehicle. Next time you see us in the dunes, and you’ve got a sweet machine, let us know and we’ll stop by and take a look. See ya’ in the sand. 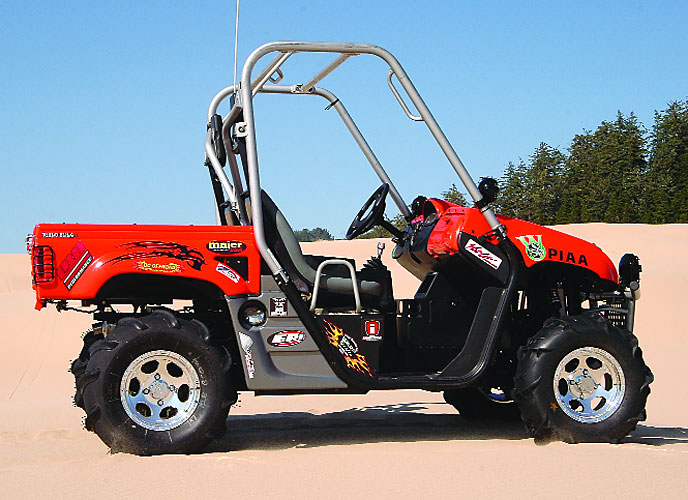 A Victory for Off-roaders in ca, policy aimed at cutting funds for off-road recreation May Not Be Implemented Until full public process is completed