Best in the Desert’s Vegas to Reno is the longest off road race in America. At a whopping 540 miles, this race took out nearly half of the record 88 UTV entries running the course this year. This years top five finishers in the UTV turbo class for Vegas to Reno consisted of two RZRs and three CanAms. It was an impressive lineup of drivers and race teams who all worked hard to earn their spot. 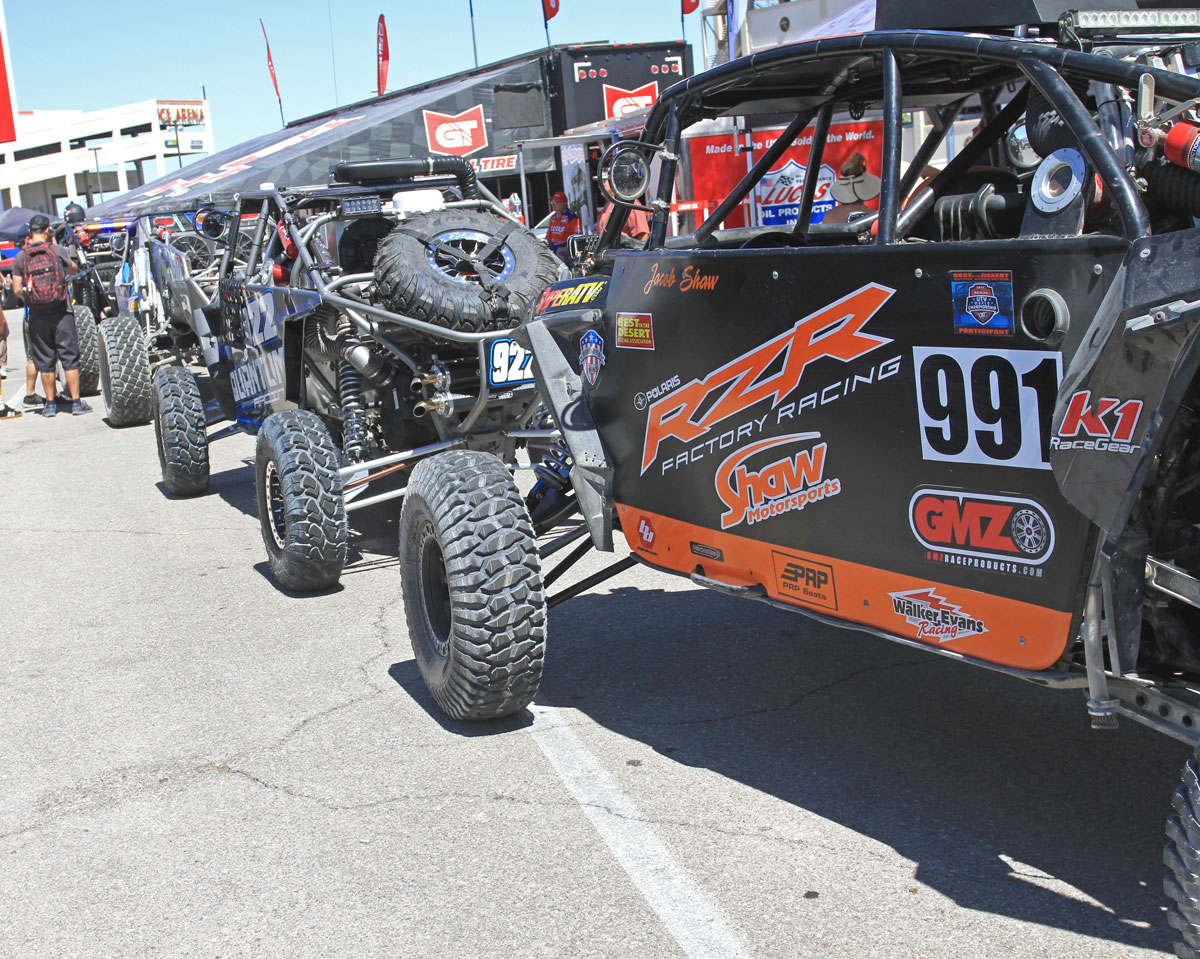 First place was gained by Phil Blurton of the No Limit Race Development and Manufacturing team. This was their second year in a row taking the title in the Vegas to Reno UTV Turbo class. With the difference between first and second being only 13 seconds, this was a close win! 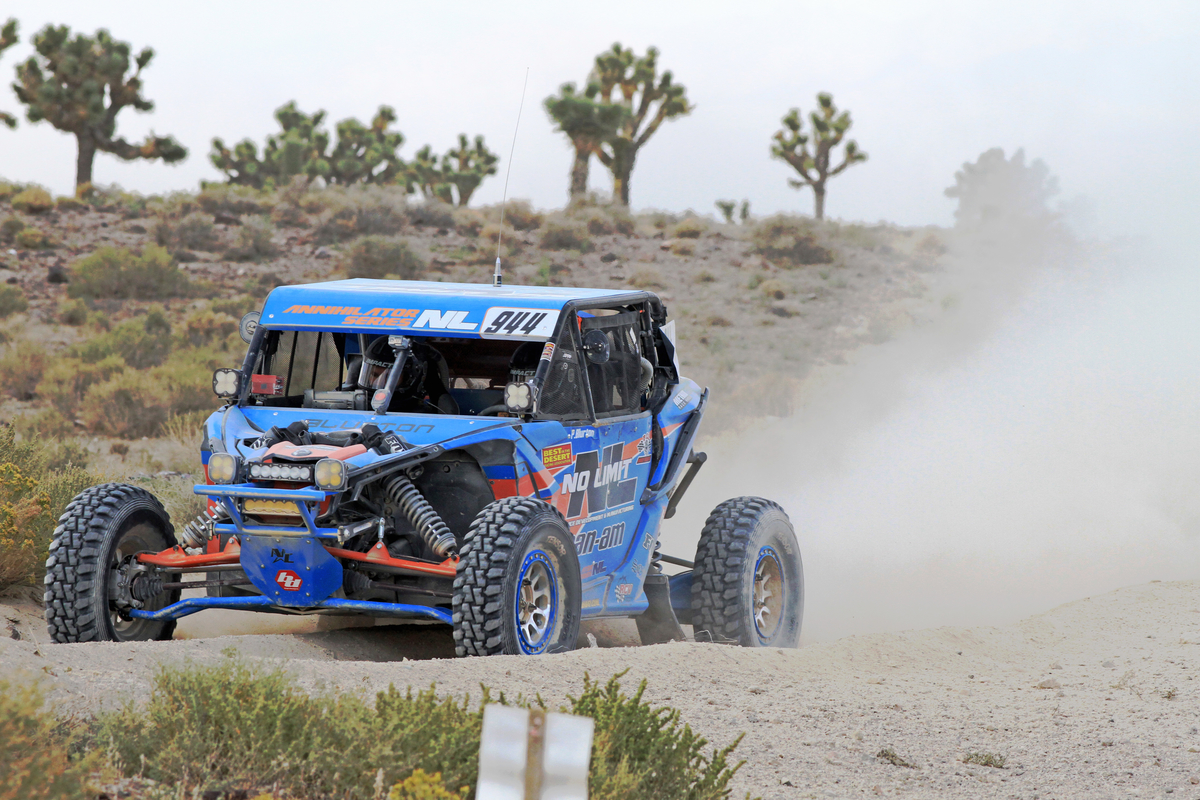 The second place title was narrowly claimed by drivers Sven Ellstrom and Mark Holz of the combined Ellstrom Racing and Holz Racing Products team. The team tore up the course in the Oberto Jerky RZR and beat out third by just 12 seconds! 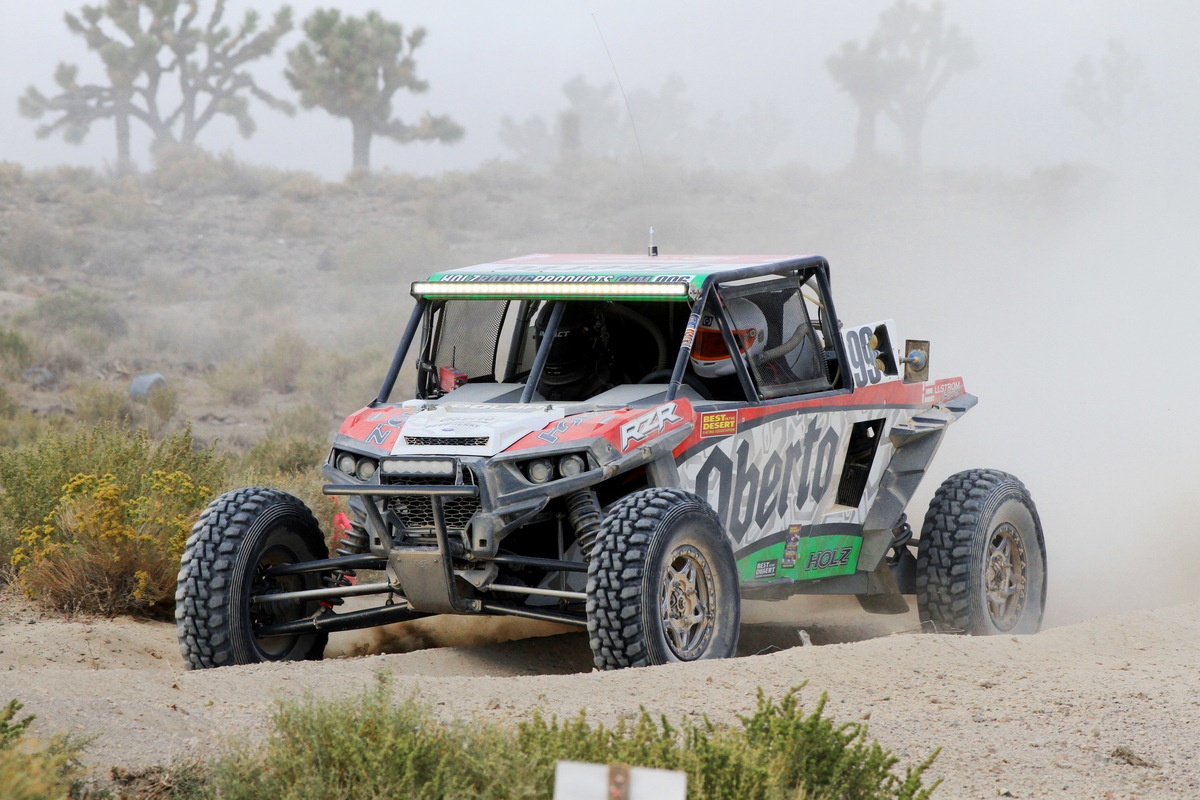 Third place was taken by Logan Gastel and the factory Can Am Gastel Racing team. After starting 40th off the line they were able to make up some serious ground for an impressive podium. 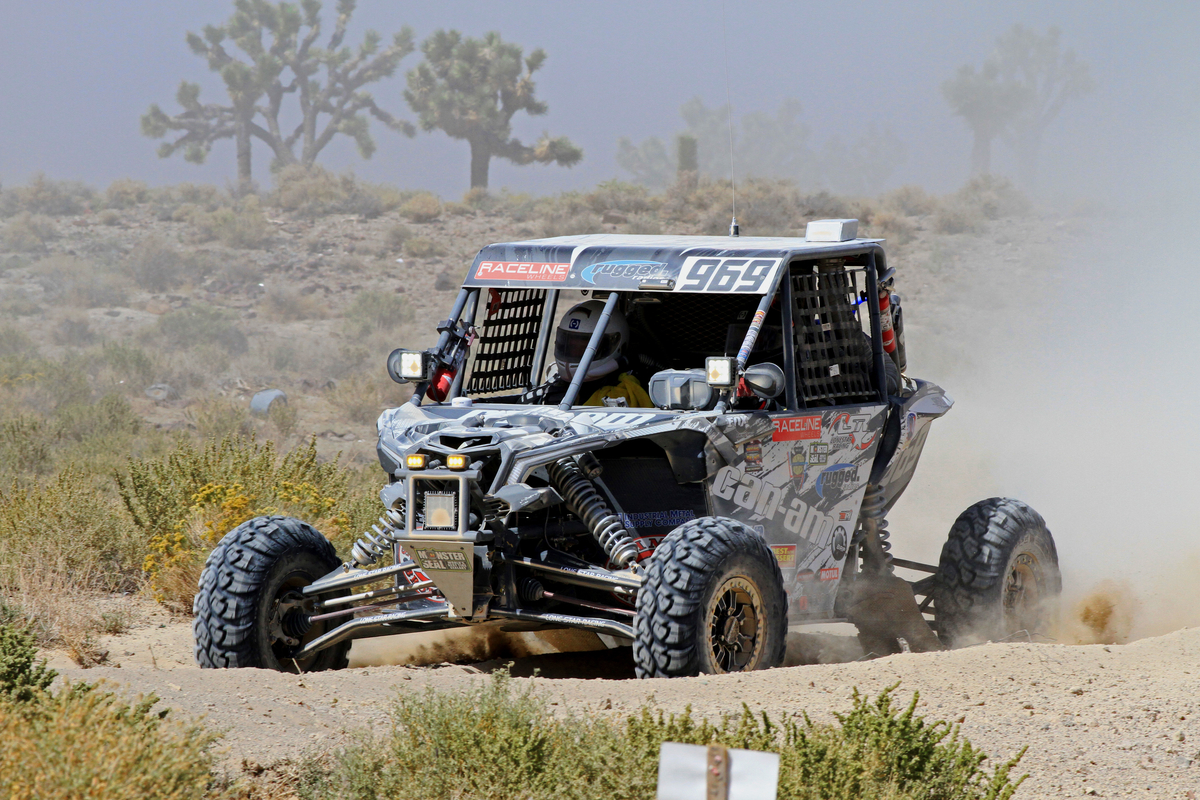 Coming in fourth was the Monster Energy Can Am, with former Dirt Wheels editor Cain Smead behind the wheel at the finish. Monster Energy Racing has been a well known name in the off road world for years and continues to keep the name alive with great runs like this one. 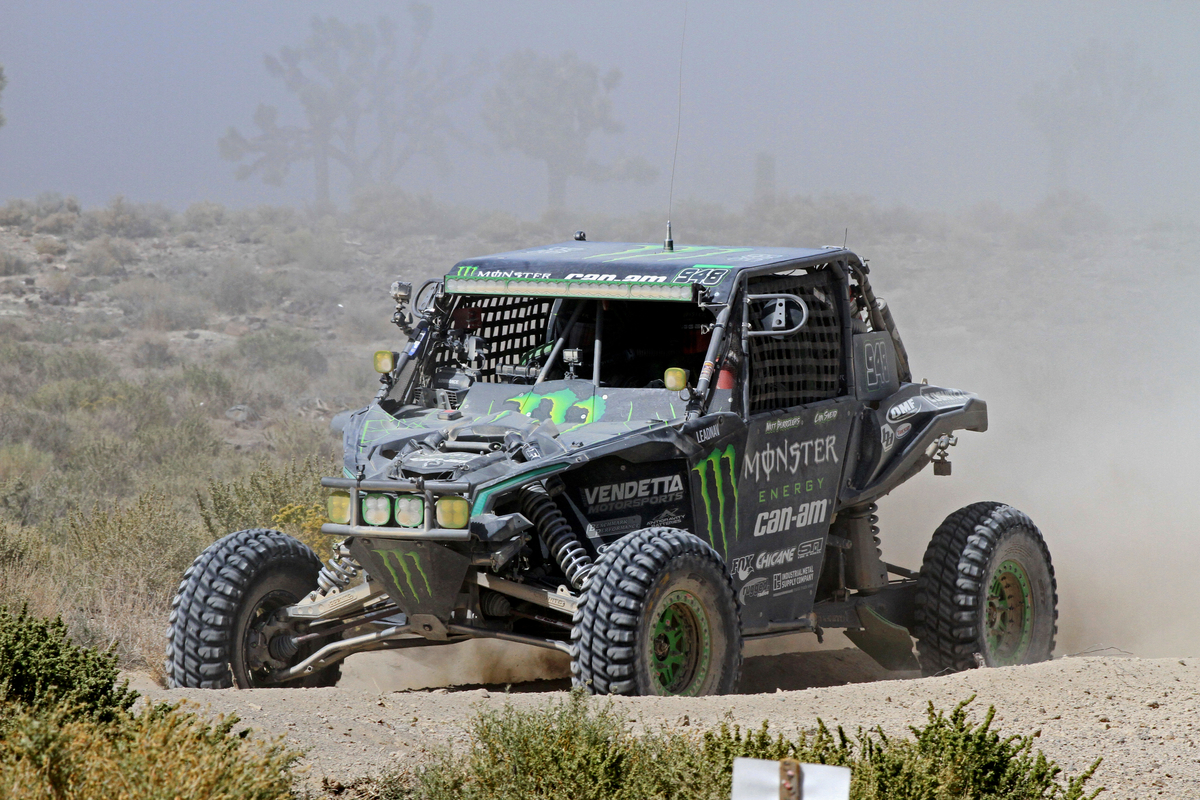 Rounding out the top five was Mitch Guthrie Jr. in his factory team Polaris RZR.  After starting 35th and experiencing a mechanical set back more than half way through the race, this was a remarkable success for the young driver.

Congratulations to all of this years racers!

EVENT: BEST IN THE DESERT PARKER 250