Splish, splash, I was taking a bath… Photos courtesy of Wes Miller, By the staff of Dirt Wheels

Editor’s note: This is a story that ran in an earlier Dirt Wheels issue back in 1999. The stunt was performed as part of the filming for Wes Miller’s Huevos video series. Miller has recently re-released the videos on DVD and can be purchased at www.bomsquadracing.com.

It all went down like this: in the annals of motosports craziness, Las Vegas resident and all-around moto goofball Steve Abbott enjoys a  reputation for trying out crazy new things aboard any off-road machine. For this particular occasion, Steve brought out a customized Yamaha Banshee to attempt his own leap of faith. 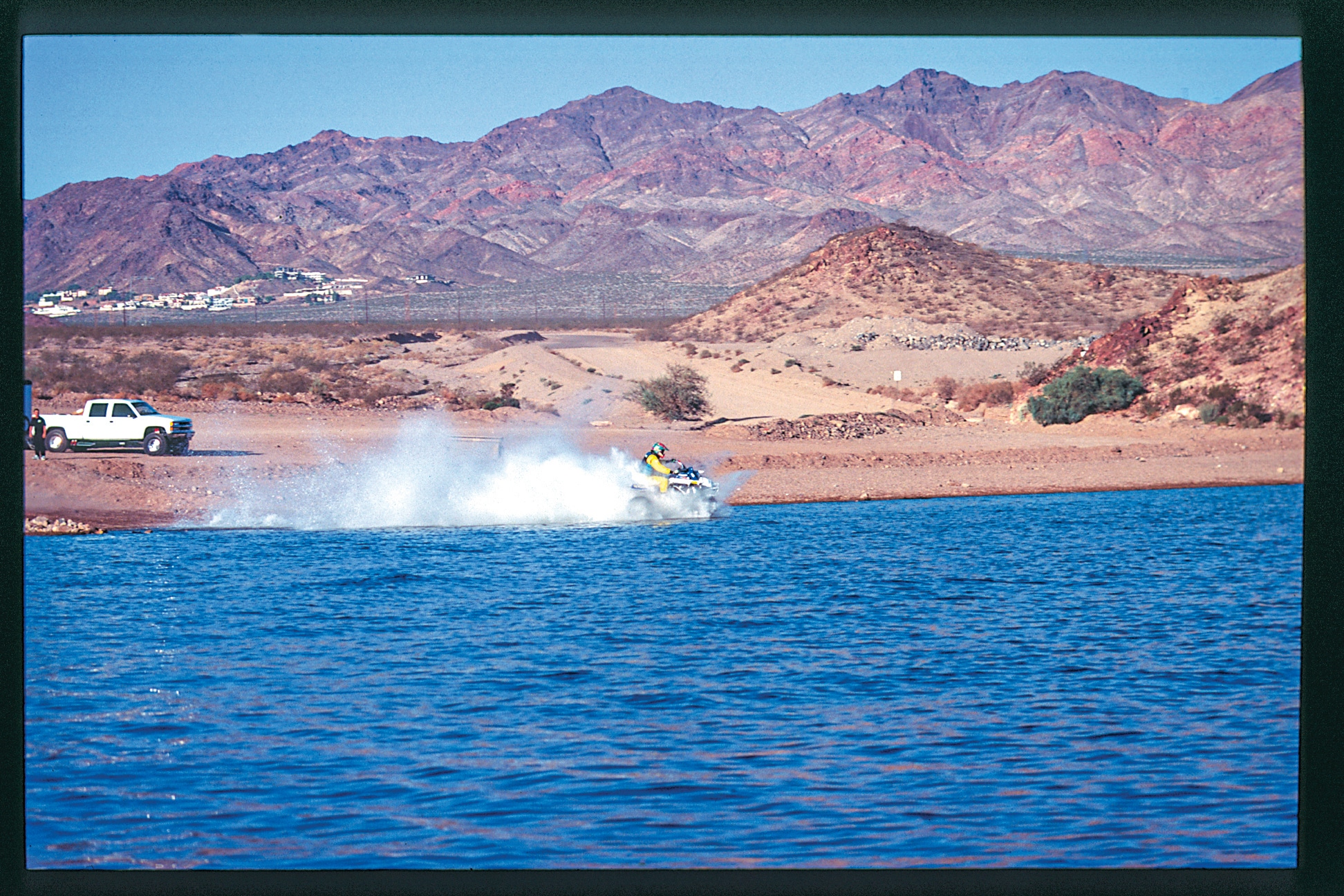 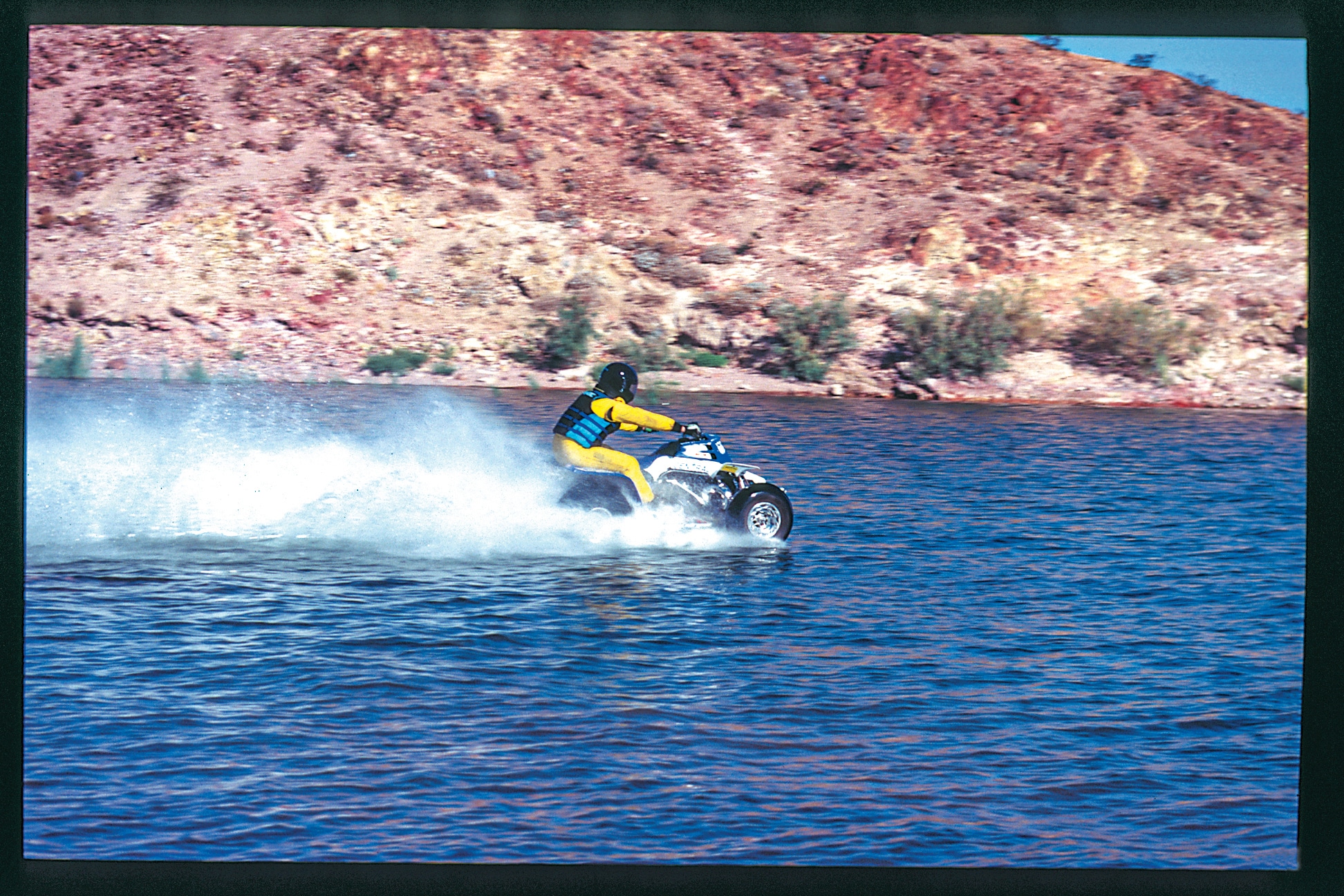 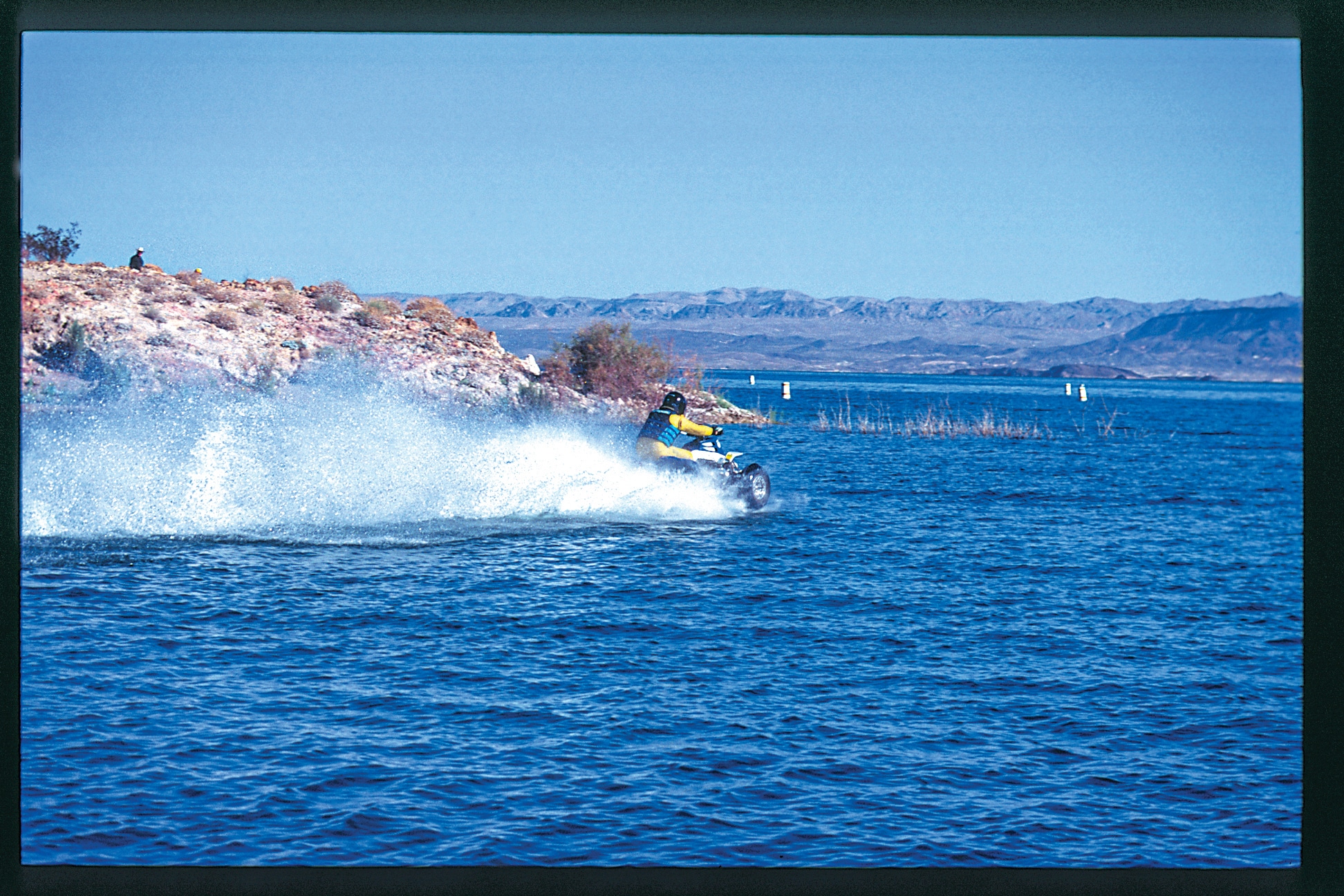 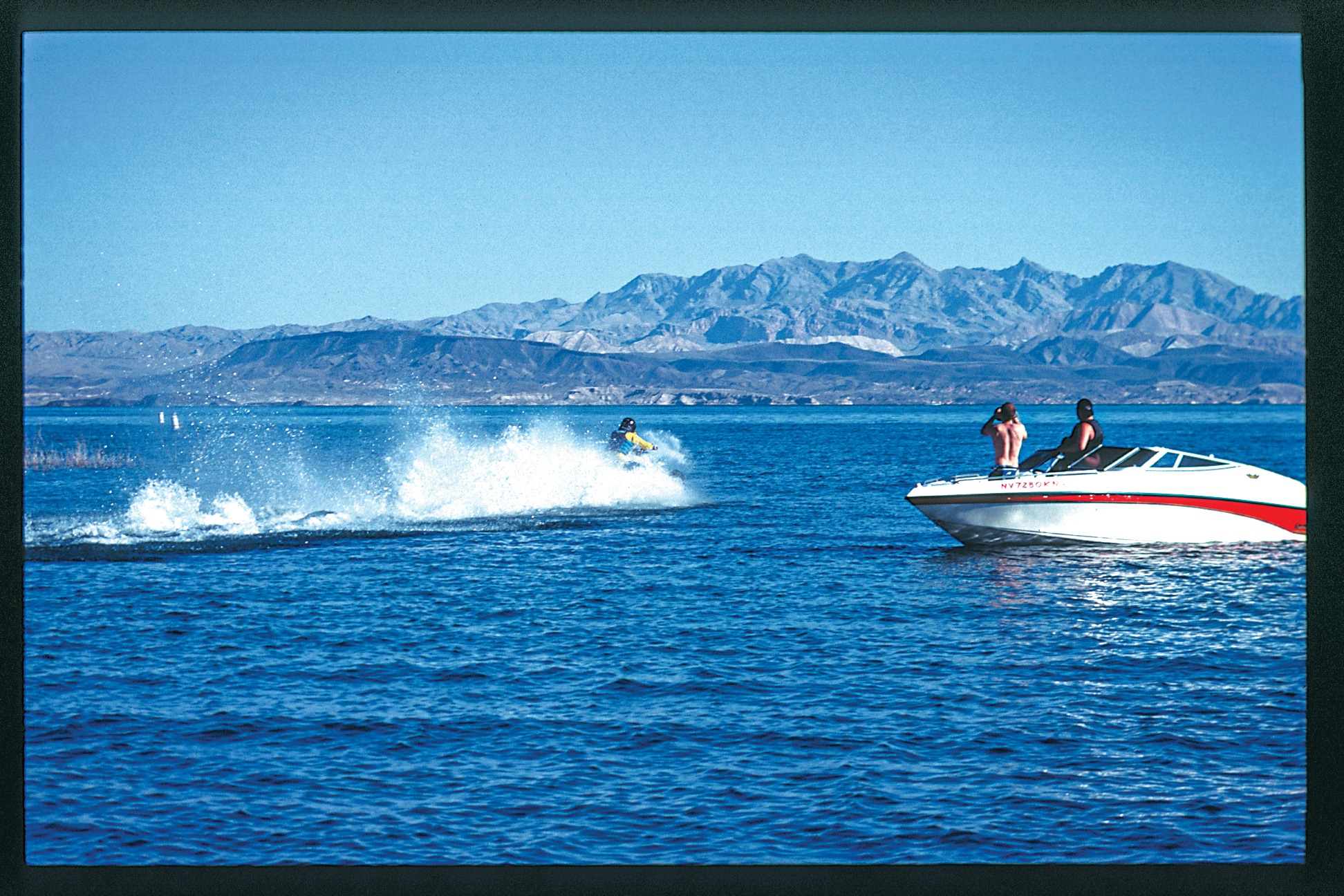 How far could he travel on water aboard his specialized Yamaha 420cc Banshee? Steve wanted to know how far he could glide his land-based ATV across a body of water.

To do this, Steve used Lake Mead’s Hemenway Harbor as a test ground for his project. Early attempts were met with disaster. As he hit the water at speeds up to 80-plus mph, they soon found problem number one. The front Banshee tires were too small and narrow. As soon as the front end dropped, even slightly, Steve cartwheeled over the bars. The solution? Put larger rear wheels up front.

Next problem: the front end would dig in the water and produce the same result. Steve and his buddies at AC Racing came with a one-piece belly pan that kept it from digging in—problem solved. “We learned from testing that a street bike helmet was far superior for the speeds we were hitting out on the lake. I also put on a life vest. We only had a relatively short take-off area, but I got it all the way up to sixth gear before hitting the water,” recalled Abbott later.

Now they were set for a record attempt for Wes Miller’s cameras. Abbott hit the water, planed across it, and this time out was about keeping from cartwheeling off. Success. Eventually, Wes Miller licensed the footage to the popular TV program “Real TV” for its Extreme video series.