W.E. Rock Professional Rock Crawling To Include UTV Class
Starting at 2015 Grand National Event and at All Events in 2016

BLACKFOOT, ID    AUGUST 28, 2015: With the significant growth of UTV’s, W.E. Rock is excited to announce a new class for 2016 offering UTV’s the ability to participate in their Professional Rock Crawling Events.  The first UTV event will be held at the 2015 Grand Nationals at Katemcy Rocks September 12th and 13th,, which will be the only time UTV’s can come and participate on the K2 rocks.  The entry fee is $150 with half going to the purse and trophies for the top three podium finishers. The 2016 schedule will be released by late 2015.

“We have been watching the vehicles capabilities and they can certainly rock crawl.  It is going to be fun to include them into our rock crawling events,” said Rich Klein, President and founder of W.E. Rock Events. “The courses will be challenging, but something that you could do with a relatively stock UTV.  I would highly suggest that anyone interested in competing takes the time to read through the rule book, there are some unique aspects to Rock Crawling that some may not realize.”

UTV’s will have the same safety requirements as the other classes:  metal top, doors or door bars, minimum 4-point harness, two fire extinguishers and DOT or Snell approved helmet.  There is no engine cc restriction or class difference.  Any SXS can participate – Polaris RZR, Arctic Cat WildCat, Yamaha Rhino, or any other brand.  Local 4×4 offroaders are encouraged to participate!

Rock Crawling events are very spectator and family friendly with the professional drivers available to sign autographs for the crowd in midst of the competition.  There are vendors, food and amenities on site, and we encourage you to bring chairs and shade structures.  Spectators are encouraged to come and enjoy both days of entertainment with gates opening at 9am, and the action starting at 10am until around 4pm.  The awards ceremony immediately follows the final Shootout on Sunday. Admission is $25 for a two-day pass, $15 for adults, $5 for ages 8-15 with a parent, children 7 and under free and Military with ID get $5 off.

Professional Rock Crawling is one of the most intricate sports in the motorsports arena.  It is technical, mechanical and filled with action.  The rock courses are setup where spectators can bring their chairs and be able to see multiple courses running at the same time.  The two-day format includes 4 courses of competition on Saturday and another 4 courses on Sunday, with a final shootout on Sunday night, which usually determines the final finishing positions!  The winner will be determined by the driver that has the least amount of points at the end of the weekend, similar to golf.

Find out more about W.E. Rock at www.WERockLive.com.  Specific information on the upcoming Grand National event can be found at www.werocklive.com/2015/w-e-rock-2015-grand-nationals. 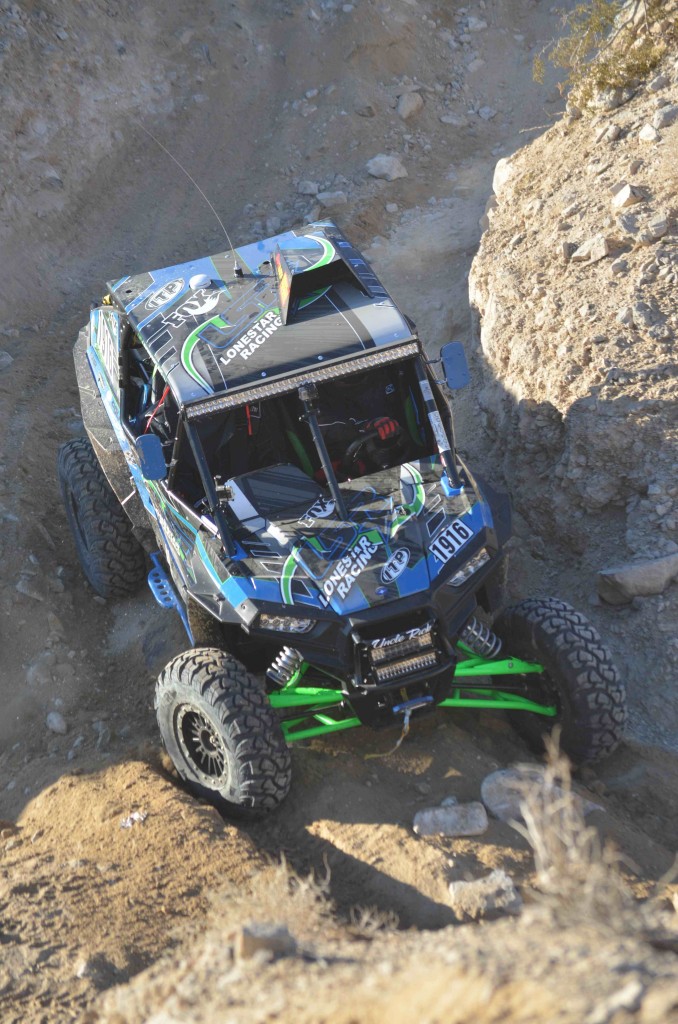 About W.E.ROCK Events, LLC.
W.E.ROCK Events, LLC. A Placerville, CA based company, sanctions, promotes, and hosts specialty off road events, including the W.E.ROCK Rockcrawling US Pro-National series, Dirt Riot Endurance Racing Series and 13 international and sub-sanctions. Attracting thousands of spectators to each event, W.E.ROCK reaches a broad demographic of off-road enthusiasts and casual motorsports fans. The sport of rockcrawling has grown by giant leaps in the last decade and is now host to over 300 registered national-level competition teams. Major competition supporters and partners include Red Bull Energy Drink, Monster Energy, NOS Energy Drink, Home Depot, MAXXIS Tires, Cooper Tires, and Crown Royal. With the off road industry exceeding 4 billion in sales annually, the sport of rockcrawling leads the way in print media and advertising for the sport’s 12 major publications. For more information, visit www.werocklive.com

CAN-AM TAKES 2021 KING OF THE HAMMERS