Making room for everyone 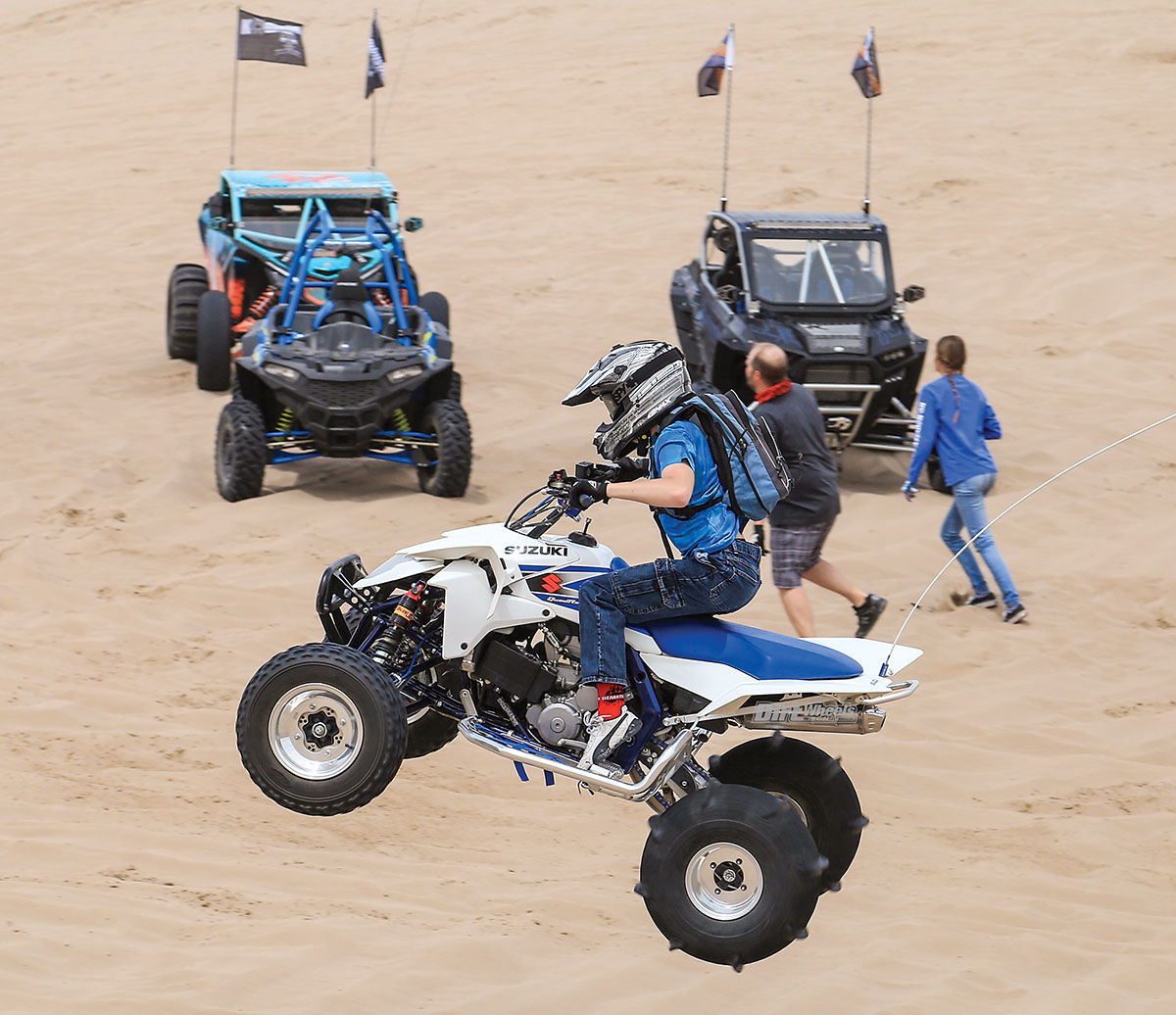 For those who don’t live near a desert, you would be hard-pressed to imagine the off-road invasion over long holiday weekends. In popular riding areas you can reach the top of a hill and think you are seeing small cities, but those are merely enormous gatherings of trucks, vans, campers, trailers and motor homes. We are pleased to see that today, and more than ever, we are seeing riding groups camped and riding together that are not segregated. We aren’t talking segregation by race, city of origin or even the eternal battleground: toilet paper over or under (over, of course).

We are seeing groups seamlessly gather motorcycles, quads, UTVs, jeeps and even pre-runners into a single off-road society. Sure, some groups may camp together, then segregate somewhat for rides. That choice is more about the speed or skill level of each group, or the chosen terrain along the route. That feeling that folks who ride something different from you are the enemy is, happily, fading.

We recently gathered with a group that all started out as motorcycle people but now have a homogenized group with some quads and UTVs happily included. The interesting thing about this group? When we started riding together nearly 20 years ago, the dads mainly rode together but included the kids as well. The kids were mainly track-oriented for the most part, while the dads were trail guys willing to attend the track with the young’uns.

Now the group includes the grandkids, and some of them are in high school! At least two of the men who married into the family are now die-hard off-road guys. They caught the bug from their wives who grew up with off-roading. They came from families who thought of off-roading as fringe, strange and dangerous. Now, they are well-entrenched in the sport and welcome their children into the fold. Their parents just have to get over it!

It was great to be together as a large group with riders of all ages, and as things have worked out, there are more female grandkids than male, but all are dedicated and enthusiastic off-roaders. All of them switch seamlessly from two wheels to four and from handlebars to steering wheels. That is the way things should be. Off-roaders must gather together to maintain a voting block and to have clout with politicians and those agencies that control access to land. We cannot afford to have rivalries and feuds with those who have a different number of wheels, a roll cage or a steering wheel. We, like our group, need to be a single entity—people who love riding of all types as our way to experience the great outdoors.

It shouldn’t matter that mud boggers, tight-trail tree dodgers and desert rippers ride in areas with little in common. We’ve heard some driver/riders new to rock crawling claim that they have never been so scared in low-range 4WD. It shouldn’t matter what speed we thrill ourselves at, because we have more in common with any off-roader of any stripe than we do with those that are trying to restrict or eliminate our sport. So whether the bumper stickers on your rigs ask, “Got mud?”, “Got sand?”, or “If you can read this, flip me over,” all of you are standing on dirt of some sort or rocks of some size, so stand together.