RIDING WITH THE COOL GROUP 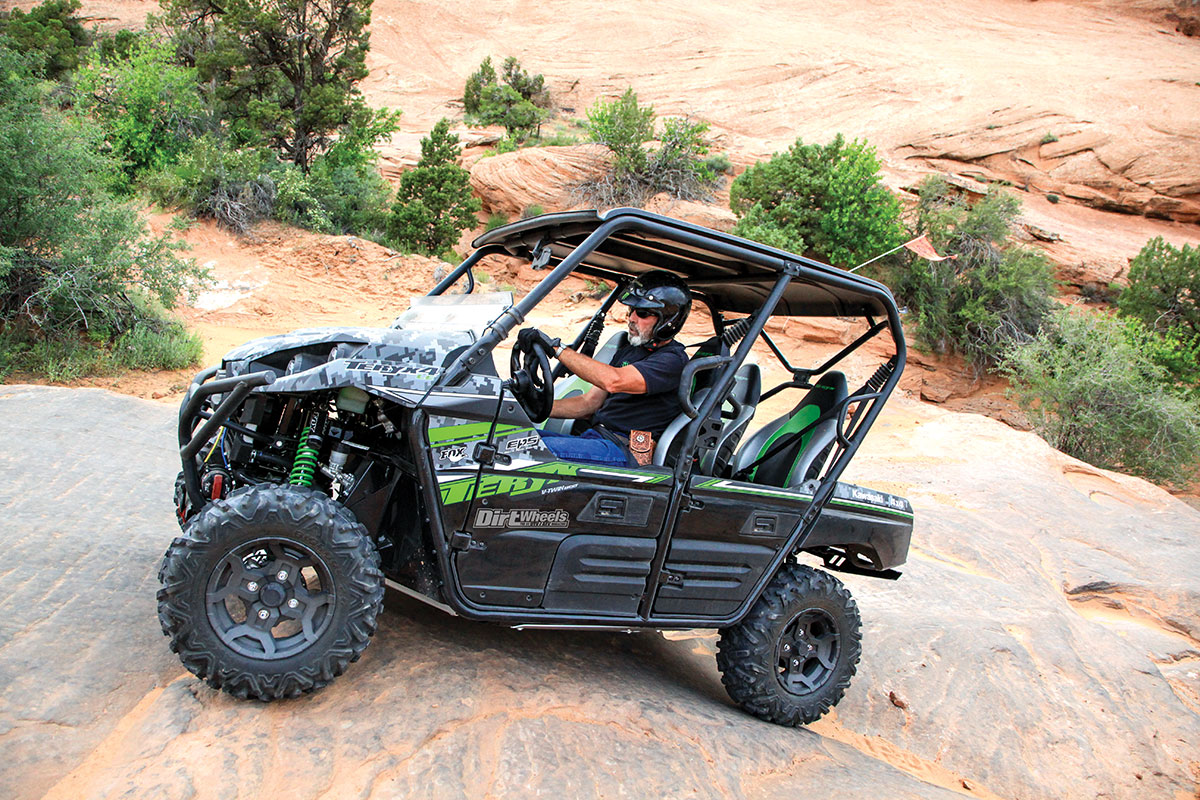 We all know at least one of “those” guys. The one that has to have all of the cool stuff on his quad or UTV. The colors are coordinated, the stickers are perfectly placed, the tire tread bristles with critically sharp edges and the machine itself is one the internet is still buzzing about. There is nothing wrong with this sort of obsession on the face of it. If your friend is the sort that has the ability to employ this sort of motorized perfection, or his choice of riding areas require the sort of mods we are talking about. Nope, the guy we are talking about makes modifications an obsession in his search for cool.

Trust us on this one, you can’t buy, install or find cool. Cool finds you. Most of our staff have never seen cool, let alone owned it, though associate editor Collin Duffy feels it is very important. He endeavors to have appropriately trick equipment, facial hair pattern of the month and obsessively spick-and-span off-road machinery.

I recently had time to ponder this situation at the famed Rally on the Rocks gathering in Moab, Utah. The idea is to sign up for cool group rides—a different one each day. In the morning, the maximum number of machines on a given ride (determined by BLM permit parameters) line up behind a designated flag. Our flag read Fins 2. That means it was the second group allowed on Fins and Things that day. Fins and Things seems a nonsensical name. We saw no sign of animals with fins.

In many cases we are riding/driving the absolute latest equipment in the group. This time, as we lined up with the latest, greatest and longest-traveled machines from Arctic Cat, Can-Am and Polaris, we were on the other side of the fence. We weren’t in the most modern machine in the line, or driving a project with all of the most desirable modifications for the special rigors of driving on endless sheets of slickrock. We were piloting one of the shorter-travel machines in the line of drivers, and one with a design unchanged in many years. Were we embarrassed? Heck no! We were in fact quite grateful to Kawasaki for the use of an immaculate Teryx4.

Some very experienced people advised against doing Fins 2 in any stock machine. At the pace our group was going, the Teryx4 was simply fabulous. The only failure we experienced was our own brain fade. Next time we know. If the schedule includes a mandatory lunch stop, bring a lunch, dummy. I didn’t ask for food, but was grateful when it was offered. Thanks for not letting me become a picky eater, Mom. I didn’t have to turn down anything!

What if a runaway ego or a skewed sense of the coolness scale had torpedoed the Moab adventure? That would have been a tragedy. All of the other drivers were more than respectful of the Teryx4. It did not matter that it was once a serious sport machine that is now regarded as a sport-utility offering. It didn’t matter that we forgot lunch or that, sadly, we were one of two drivers in the group wearing a helmet. We were fellow off-roaders, and that was more than enough. We, on the other hand, did not look down at the stock vintage Rhino that we saw lined up. We were just happy it didn’t blitz past us in a technical section! We left the ROTR with a greater love and respect for Moab and the off-road experience there. We have enhanced admiration for the Teryx, especially after talking with some tour operators who touted the reliability and ease of maintenance you get with the venerable Kawasaki. We turned away from a single hard way and took the road more traveled that bypassed the gnarly climb. We did not doubt that the Teryx4 was fully up to the challenge. We chalked the choice up to the desire to return the Teryx4 without fresh blood or new scratches on the roll cage, but we were just scared.

So, if you run into an annoying, in-your-face driver or rider searching for cool, feel sorry for what they are missing out on. They could have had fun, but they chose to try and be cool. Selecting “cool” is not a choice we will ever face, but if we were given a choice between cool and fun, then we always choose fun.