SEE THE USA ON AN ATV 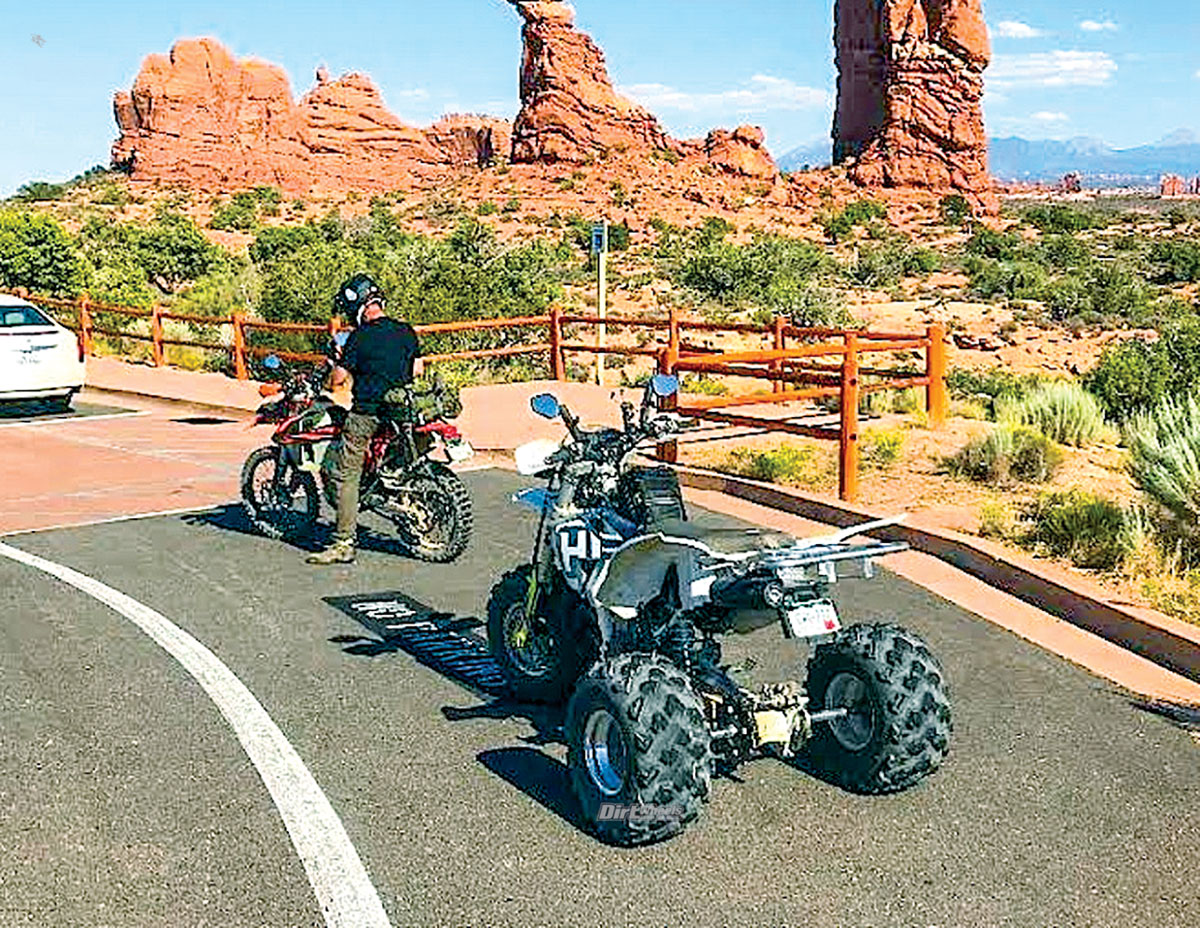 In the motorcycle world adventure bikes are the big thing now. These vehicles are basically street bikes that are able to handle dirt roads and easy trails. They’re usually bigger than dual-sport bikes that tend to be in the 250cc to 450cc range. For those whose riding adventures occur more on dirt roads than paved roads, they actually would be better off on a mid-sized dual-sport than a 1000cc aadventure bike.

Brad Baker is a Dirt Wheels reader in Colorado who may have put together the perfect adventure bike. Instead of having only two skinny tires, his bike has three fat tires. They grip the dirt better while still not being too radical for the street. Plus, the three-wheeler’s triangle platform is better suited for hauling lots of gear, like sleeping bags, coolers and tents, which one needs for long-distance riding adventures. 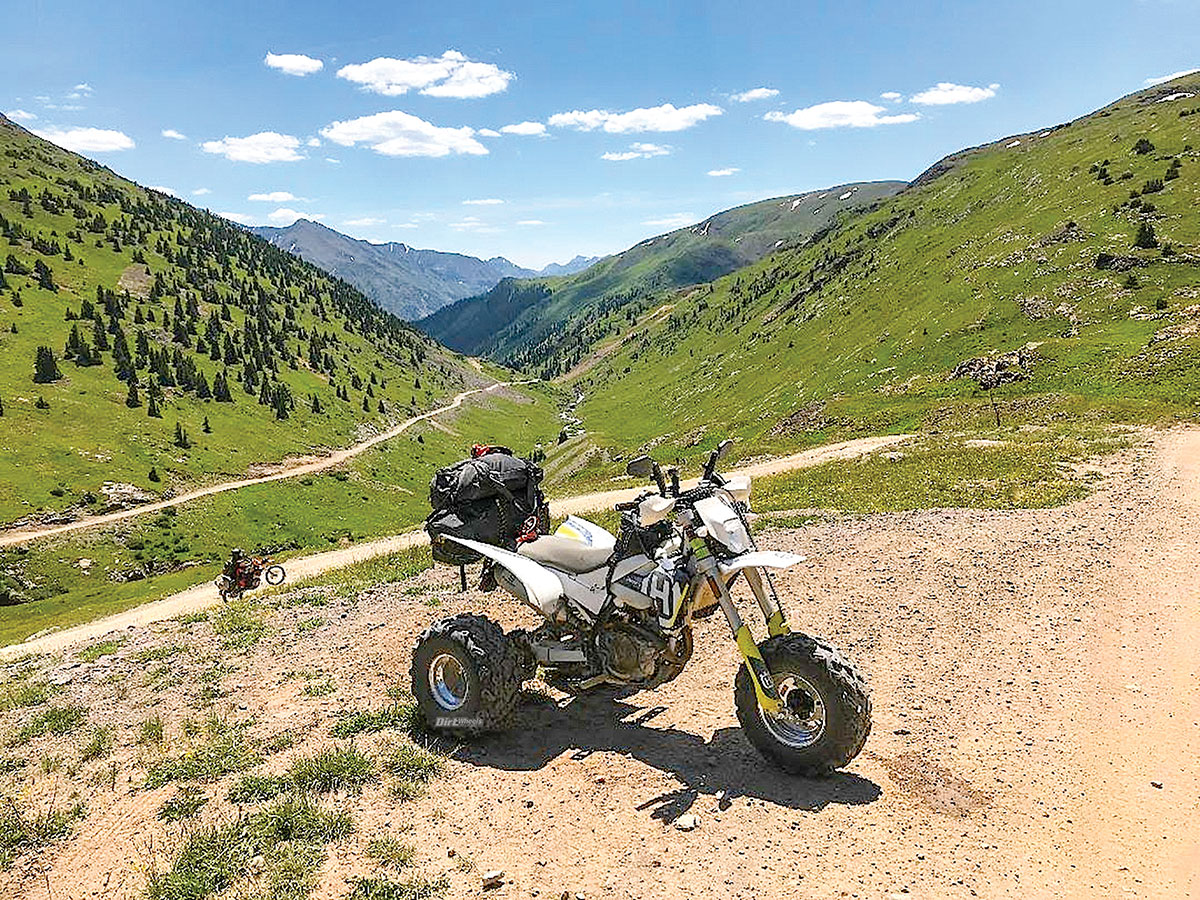 You might be saying, “Hey, Honda ATCs were never street-legal.” That’s true, but Brad’s machine began as a Husky 501 dual-sport two-wheeler. He got hold of a BVC conversion kit and turned his Husky into a three-wheeler. Since the bike was street-legal, now so is his trike. This is actually the way to go these days for guys who want a street-legal ATV.

Brad sent us some photos of his recent trip with a buddy riding a street-legal KTM dirt bike. They began in Castle Rock, Colorado, and rode mainly on the Trans American Trail to Moab, Utah, and then back to Colorado. He says they camped along the way and completed over 1000 miles with 90 percent of it on dirt. He also says he plans to do more trips like that and highly recommends for others to look into building street-legal dual-sport three-wheelers. Could you see yourself in the photos Brad provided here?