Editors note: this editorial piece was written over 5-years ago. Its interesting to note that we need this exact kind of resurgence in the Sport ATV market that we saw in 1999. 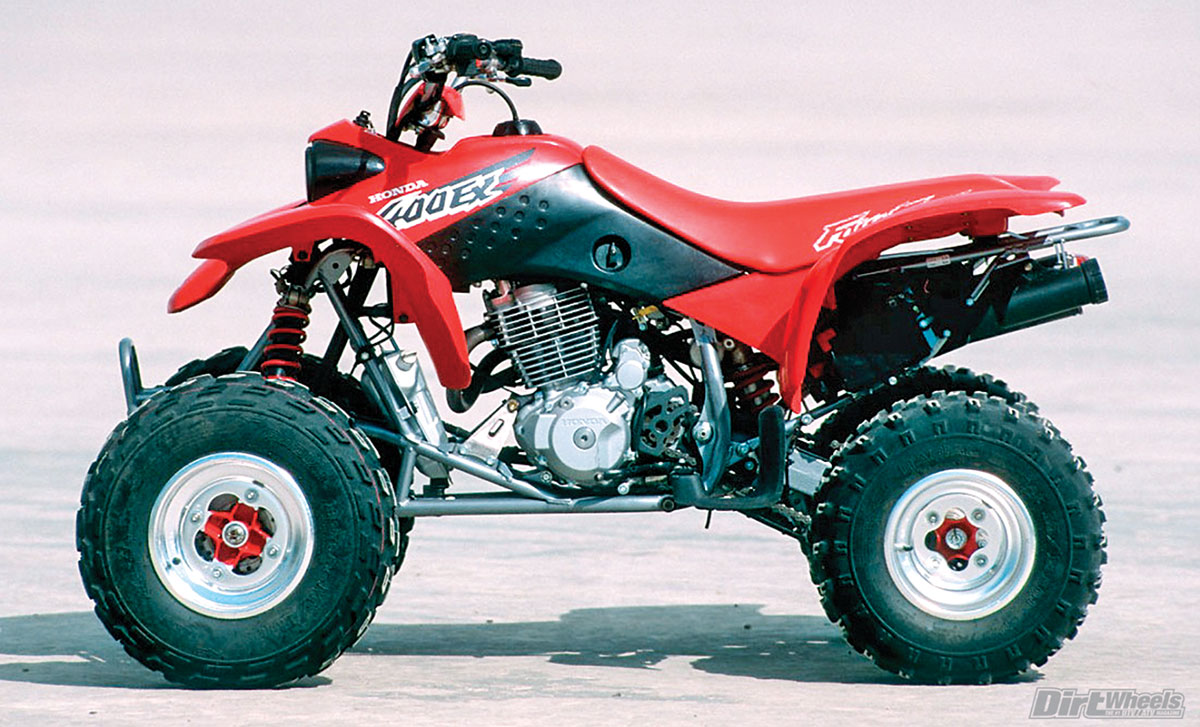 It’s interesting how the introduction of one particular vehicle can have a big effect. It can suddenly create a new excitement among consumers that causes the manufacturers to make a big push in that direction. One such vehicle in this category that comes to mind would be Honda’s TRX400EX. In 1999 it was the spark that ignited new life into the sport quad market that had not seen a new machine for 10 years.

1989 was the last year Honda produced its popular high-performance two-stroke quad known as the TRX250R. Based on bad publicity that ATVs started getting at that time, along with other factors, Honda chose to focus on quads that were more utilitarian in nature. Other manufacturers chose to follow this path as well. Although Yamaha still offered its Banshee, Blaster and Warrior, these machines remained the same each year with no new developments. Instead, Yamaha put their engineers to work designing new 4×4 quads, which is what the other manufactures were doing as well.

During this time there still remained a hard-core following of sport quad enthusiasts who had no choice but to keep rebuilding their older machines and even improving them. The hop-up shops began to flourish during this decade. They were the source riders turned to that provided the upgrades to their machines that the manufacturers weren’t offering. This was the only choice they had while waiting for the manufacturers to bring something new to the sport quad market again. Their wait was finally over when they saw the 400EX in Honda’s 1999 lineup.

From that point on there became multiple new choices for sport quads. Yamaha came out with the Raptor 660, Suzuki introduced its Z400 and then soon later there were high-performance 450 quads offered by almost every ATV manufacturer. Things were going strong until the economy took a downturn in 2008. Coming up with the money for a new high-performance quad wasn’t the same priority for riders as it had been before.

With the changing focus created by a different economic attitude, the time was ripe for another new vehicle to spark excitement. In 2008, the Polaris RZR 800 was that new machine destined to do what the 400EX had done a decade before. It took the previous utility nature of a side-by-side vehicle and advanced it into a more fun-factor, performance machine. This concept quickly caught on, and faster RZRs began hitting the market, while other manufacturers started offering their own sport UTVs as well.

From 2008 to 2017 the UTV offerings have grown to such a point that it’s now a dominant force in the off-road vehicle industry. Will it remain that way? Possibly so, but that shouldn’t keep sport quad riders from having more choices than either a YFZ450 or Raptor. It’d be great if a healthy variety of machines were offered again, but for that to happen, it may require another spark like the 400EX. Perhaps a completely new and improved TRX450R from Honda would do the trick. Would that put new life and excitement back into a market that has grown stale? Could it trigger a resurgent interest in sport quads? We’re sure that many of our readers would like to see Honda give it a shot.