Is a new quad in your future? By Ron Lawson — 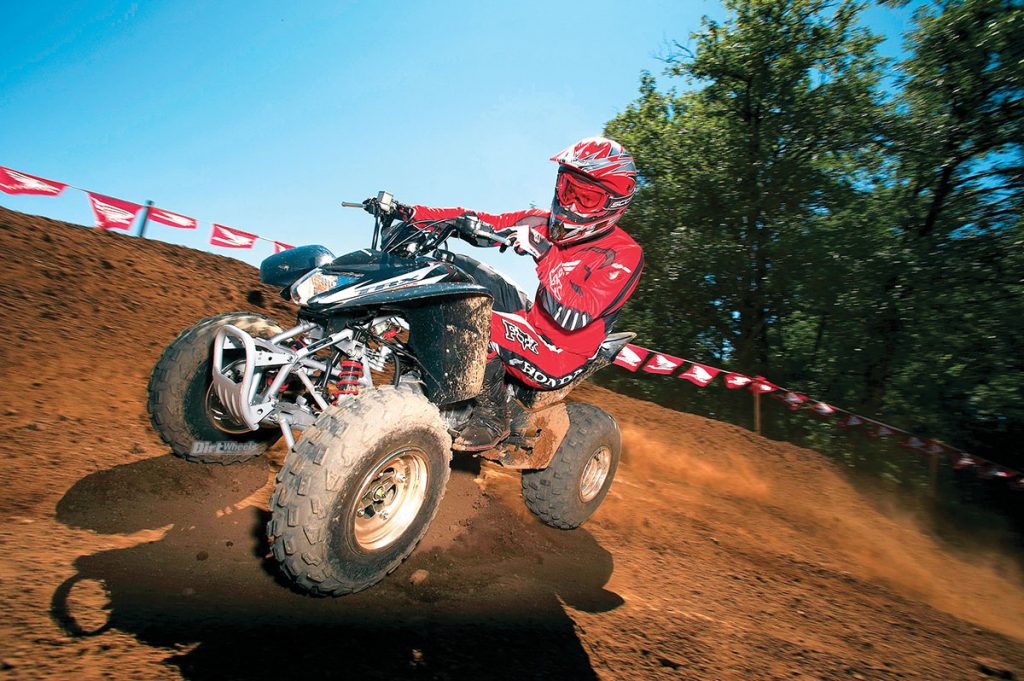 “Madame Spork sees big changes in your life.” The psychic was sitting across from my 13-year-old son, staring deeply into his eyes. She was  young, attractive and touching his hand lightly. I could hear the faint sound of all the blood rushing out of his head.

“Yeah, right,” he said, regathering himself and falling back into character. “I just told you I’m starting high school this week.” He rolled his eyes in that endearing way that 13-year-olds do so well. I was sitting beside him, so I gave him a hard elbow to the ribs. That particular spot on his ribcage had long since gone numb from constant abuse.

“Madame Spork sees that you are a spunky little one. So, what would you like to know? Your social life? Do you want to know if there’s a girl in your future, perhaps?” My son shifted uncomfortably and tried his best to present a I-don’t-care attitude.

“You can see the future, so give me something I can use,” he said, his cracking voice undermining his presentation. “Tell me the access code to the school’s computer, or at least give me some good Lotto numbers.”

It’s not his fault, but he’s a perfect twit right now. The chemistry that makes a kid his age outgrow shoes between haircuts is wreaking havoc on his brain. What used to be a cute kid with a big smile has been replaced with an insufferable creature that knows everything and sees it as his duty to criticize all institutions and question all authority. Sadly, he’s in the process of becoming me.

“Madame Spork can see that you will have a hard time making friends,” she said, frowning. “I see that you are smart, but you have a difficult time using your abilities. You find most of the people in your life underestimate you. You are easily bored and find very little that challenges you.”

I think Madame Spork was onto something there. The only reason we even came in to see her was because my kid had been bored out of his mind in the final days of summer. He didn’t want to get out of the house, he didn’t want to do anything with me, and he definitely didn’t want to do any chores. It was difficult to even watch a movie with him because he would make fun of the trailer, point out all the continuity errors in the movie and then say rude things about the post-credit scene. When we drove by Madame Spork’s House of Mystic Insight, he suddenly snapped out of his funk and lit up. “We have to go there! I need my palm read!” At least something got him excited.

“Okay, here are the rules,” I said. “You have to treat her with respect. You can’t make fun of her, and you have to listen to everything she says.” He agreed, but I wanted to sit within elbow distance.

“Madame Spork sees that others around you tend to treat you like a child, that they don’t see you as the young, strong man that you clearly are.” She was laying it on pretty thick, but it seemed to be working. Mr Cynic was actually paying attention and nodding his head. “The waves of psychic energy are becoming more focused. I see you driving a tiny car. No, it’s not a car, something else.”

“My TRX250X?” he asked, seemingly sucked into Madame Spork’s routine.

“Perhaps,” she said. “But it’s like a ghost from your past. Like so many other things, it should be set aside as you progress to manhood.”

“Absolutely!” he said. “It’s like a toy, but my mom and dad don’t think I’m ready for a 450!” Man, he was suddenly sparked up. I hadn’t seen him that excited over anything in some time.

He started to smile, but then immediately choked it back. After a short pause, he just nodded, “Cool.”

I walked out of the House of Mystic Insight and sniffed my clothes. They smelled like incense. Maybe I had been treating him like a kid. Maybe it was time for a bigger quad. It was good to see him get excited over something—anything.

I looked back and he was still in the doorway, looking back and saying something else to Madame Spork. I’m not sure, but I could have sworn that I saw him wink.