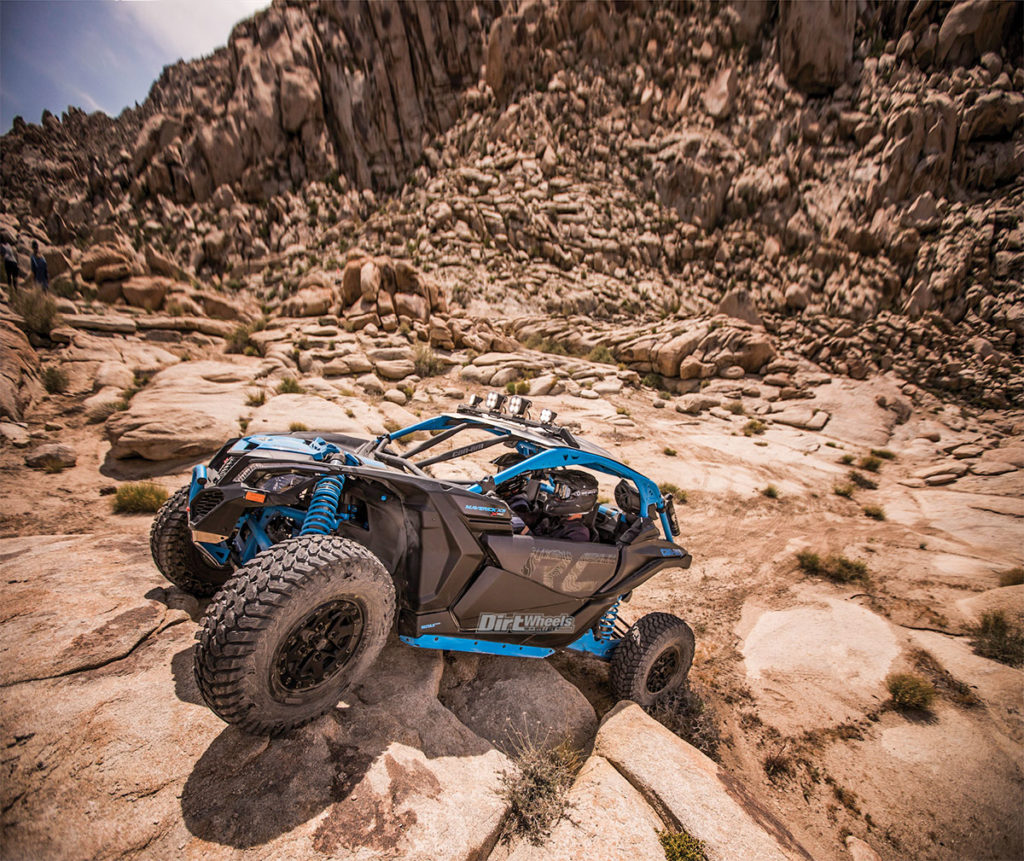 “I was riding through that rocky section back there and I hit something so hard my hands almost came off of the bars,” I said to my newfound riding buddies. We had arrived at the X15 Monument at the same time. It’s an iconic location where off-road enthusiasts meet and mingle in the California high desert. They looked at each other like I was speaking in Mandingo.

“I didn’t know there were two of you in that RZR,” said the guy who just got out of a Maverick. “Where did the driver go?”

I looked at him like he was speaking Farsi. “Nowhere. I mean, there was no one else. Just me. I was the rider.”

“So, was it driving itself?” His buddy snickered.

The light bulb came on. “I meant I was the driver.”

“That must have been hard from the rider’s side, especially if you were holding onto the bar.”

Their light bulbs came on. “Oh, you must have an ATV at home!” They both warmed up immediately. Now I wasn’t an alien. I was just a little weird. RZRs, Wildcats, Mavericks and other side-by-sides are kind of the lobby of the off-road world where people from different backgrounds meet and greet. If you’re an ATV guy and you come across another ATV guy on the trail, you already speak the same language. When you say “the bars,” no one thinks you’re talking about that panic bar that the passenger grabs in a UTV. It was already a little strange when ATV riders and dirt bike riders began to crossbreed. At first they were different tribes, but then the bloodlines mixed and the Hatfields and McCoys turned out to be the same people. The same transition will eventually integrate ATVs and UTVs, but it will take time.

“So, why do you guys say that you ‘ride’?” asked the Maverick guy. “That sounds so…passive. I used to have a Trophy Truck, and there was no riding involved. I drove the heck out of that thing. Even if I had a passenger, he wasn’t really going for a ride; he was hanging on for dear life. It’s common for a co-driver to lose 15 pounds in a single race.”

I thought about it for a second. “Naw, I think driving is more passive. You ‘drive’ Miss Daisy but you ‘ride’ a bull.” I proudly took a sip from my Camelbak. Unfortunately, it was empty. Apparently, I had leaned back in the seat and completely blown off the bite valve. The Maverick guy smiled a grin that said “rookie.” He opened up his ice chest and offered me an ice-cold Gatorade. I accepted in amazement. A cold drink in the middle of a ride? It was like giving a caveman his first McFlurry.

“Can’t you ATV guys carry stuff on racks or someplace?”

“You mean drive hard,” he insisted.

“Whatever. The back of an ATV is like a catapult. Anything you put in the back of your bike will fly over your head in the first whoop.”

I hesitated. I knew this would be hard to explain. “Yeah, we call ATVs ‘bikes’—but not all ATVs. You wouldn’t call a big, two-up Can-Am 4×4 a bike, but you would call, say, a Yamaha YFZ450 a bike. It’s more of a term used in racing. I think that started back in the three-wheeler days.” I was struggling and it was obvious.

“Wait, did you just say three-wheeler?” he asked, even more incredulously.

I took a deep breath. This whole integration of worlds might take longer than I thought.