Not riding could hurt your health By Joe Kosch 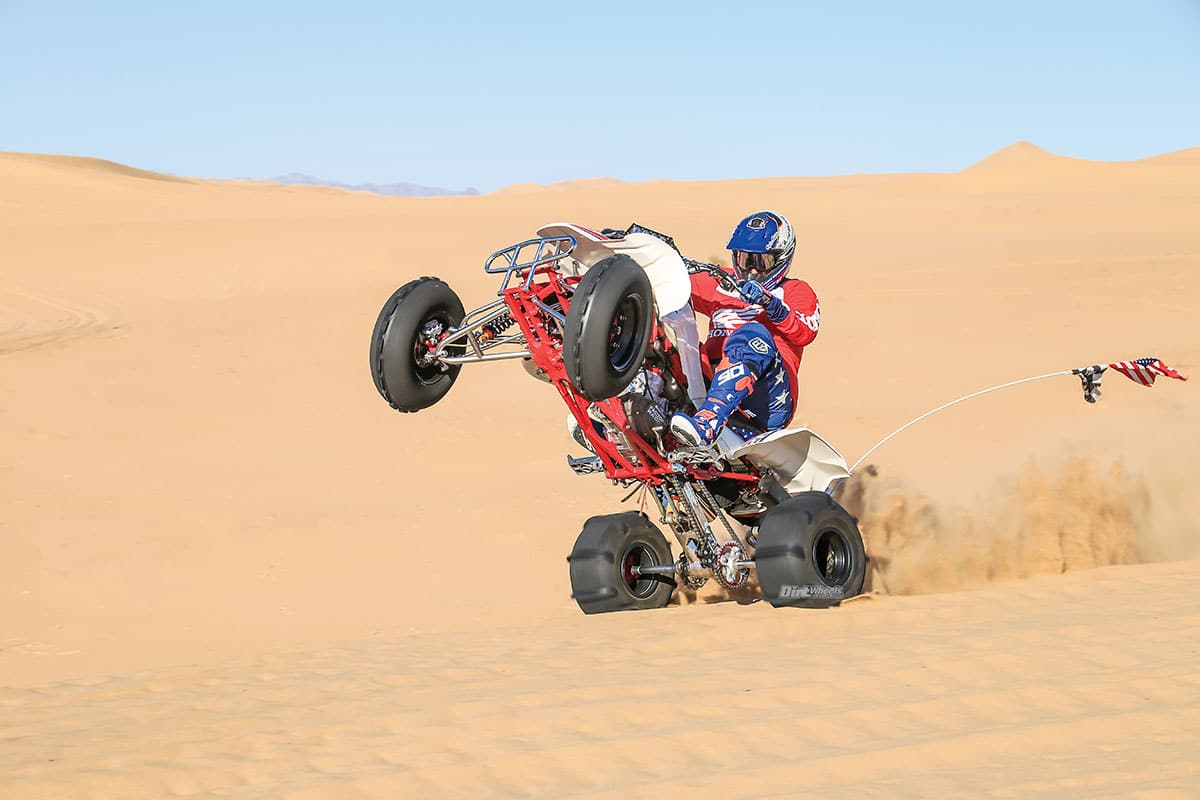 Weeks went by and a finger on my right hand was the only thing that hadn’t healed from a crash I had, so I had a doctor look at it. “How did you injure it?” the good doctor asked.

“I crashed riding an ATV, I said

“Hmmm. I seem,” she said, adding,  “Have you considered switching to an activity that isn’t so hard on your body?”

“Not really. I ride for the enjoyment and the exercise, so I don’t want to miss out on either one”. The doctor changed the subject to X-rays, MRIs and other medical matters.

If the doctor had time to listen, or cared to, I would have pointed out that for me, riding ATVs has a very very low rate of injury, especially considering how often I do it. Considering my rate of participation, I’ve been injured far more frequently doing things that I have much less experience with, like handling crazy dogs, garage door repair and stunts involving swimming pools.

The truth is, I do ride for the enjoyment and the exercise. I’ve gotten plenty of serious workouts riding, some way more serious than I wanted, and even mildly challenging riding works the whole body. For me, working out in a gym, running or riding a bicycle doesn’t even come close to riding in terms of fun. I think even my doctor would agree that different forms of exercise you find fun are always the best, because progress with fitness takes time, and fitness alone doesn’t motivate everyone. When you find something enjoyable that also provides exercise, you’re more likely to do it regularly.

Riding tough trails or a track with other riders is like continuously playing a game; you have to make thousands of critical decisions continuously, often for hours at a time, and the rewards for how you play are just as continuous. Few things are as satisfying as passing a friend or a fellow racer, climbing a tough hill or cleanly landing a jump.  The fun mental and physical challenges of riding can relax your mind, as well as doing your body good. There’s something refreshing about doing something that forces you to focus so hard you forget work, bills, home repairs, family issues or whatever is weighing you down. If the therapeutic effects of riding were more widely known, I’m sure smart companies would insist their employees ride at least once a week so the workers could approach their jobs with clearer thinking and more energy.

It may sound strange, but the danger and the risk of injury is part of what attracts certain types of people to motorsports. Nobody wants to get injured, but riders understand the thrill of speed, taking chances, and testing the limits of themselves and their machines. Doing something that might get you injured and coming away in fine shape makes you feel victorious, even if you’re the only one on the trail. At one time I thought everyone would love riding if they just had a chance to try it, but it’s really not for everyone, and those of us who ride all do it our own way. Some folks buy their fish at the store, some go fishing and some grab theirs out of a bear’s paws, but not everybody likes fish.

I’m surprised at how much my one messed-up finger has changed the way I ride. I don’t have the grip strength I need to stay in control when accelerating hard, and I still can’t use the front brake as well as I should. I also ride with extra caution to reduce the chance of crashing and injuring the recovering finger more. No big deal; riding slower beats not riding, and even though I’m getting better slowly, I am getting better. It’s not like I can stop. That could hurt my health.