Pieces of history By Joe Kosch 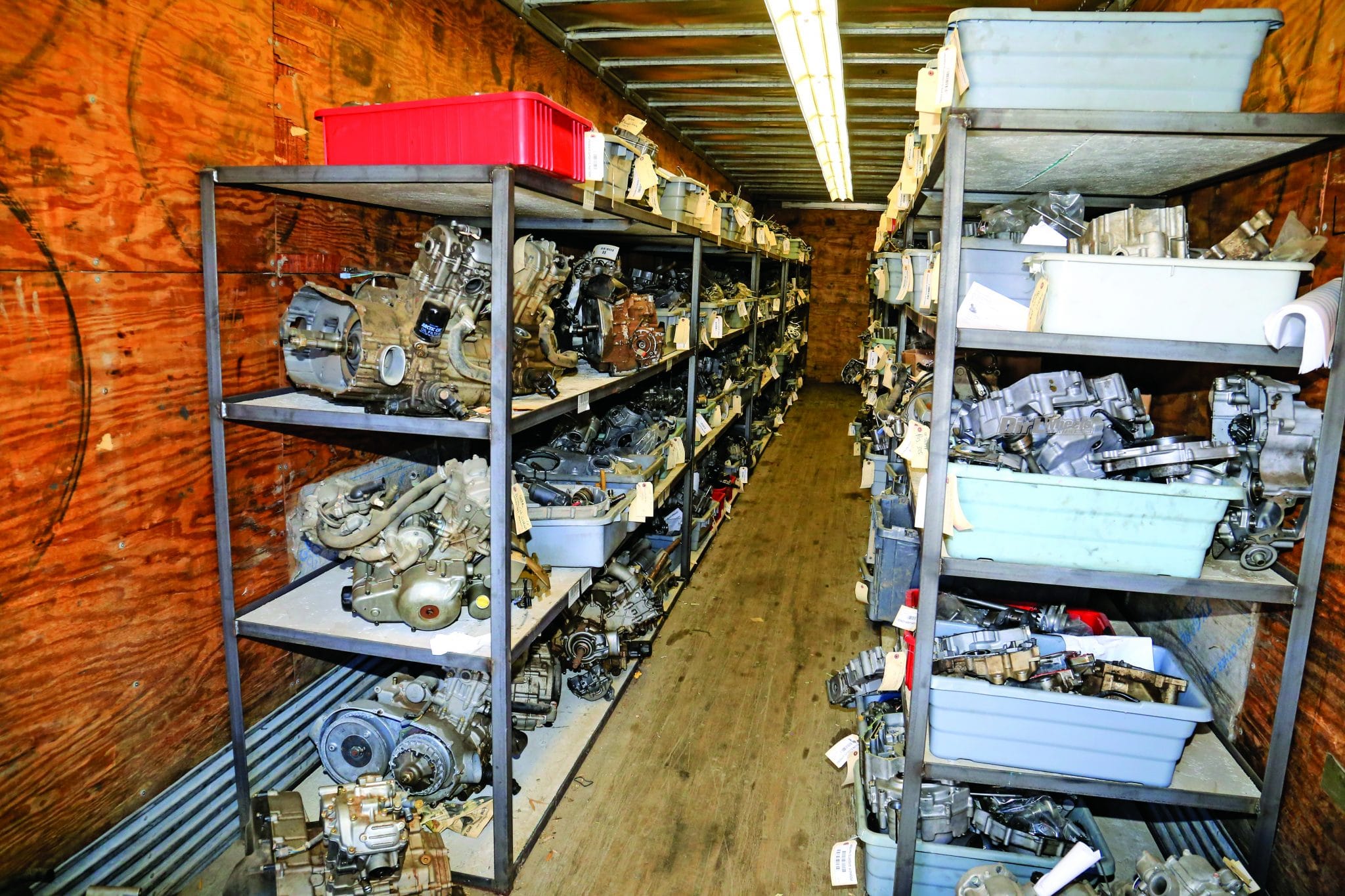 My friend Ken has a few ATVs, or at least a few ATV’s worth of parts in and around his garage. Some people have paintings, sculptures or vases to decorate their homes. Ken has pieces of quads he has owned or just finds interesting. They are in and beside the garage, the part of his home he enjoys most. The parts aren’t in any particular order; there’s no organized display, but there’s no shortage of interesting things to look at, and Ken has something to say about every item. I stop by now and then to talk to Ken and get a helping of curious ATV facts. Usually, Ken has a story for anything I notice or ask about. A visit often goes like this:

“Yes”, Ken will say, “I only have the left side, but what a great piece of metal fabrication—just look at the curves. I think the expansion-chamber section is double-walled for silencing, too. I like the silencer section also. You know, I always liked the sound of a Banshee with the stock exhaust. Banshees sound great with pipes, too, but there’s something cool about a two-stroke that runs so well and is quiet.”

“Is that a head from a Kawasaki Mojave?”

“Sold it. I got the spare fender with it and just hung on to it. Check it out. It’s fiberglass. I think Honda did that because they weren’t sure the ATV would sell well enough to justify the cost of tooling for plastic body parts. Can you imagine what ATVs would look like if all the bodywork was fiberglass the way people ride them now? One good hit and the thing would be finished.”

“Me, too. One of my favorites. Just look at the size of that piston! That thing had a power valve, too, as though it needed more low-end power. It would be cool if Suzuki or some other manufacturer would offer a modern, 500cc, two-stroke sport quad. There’s technology out there today that could probably make it practical from an emissions standpoint. Electric starting would make it a lot more rider-friendly, and riders these days would probably want reverse, too. If Suzuki dropped a big two-stroke like that into the LT-R450 chassis, it would make a great big-bore sport quad. At this point, they would have to re-educate everybody on why two-strokes are so great, though.”

“Letting people ride it would do that,” I told Ken.

“That would do it, but do you really think turning just anybody loose on something like that would be wise?”

“Some kind of screening process would be smart. Even if manufacturers didn’t want to do demonstration rides. They could provide test machines to ATV magazines. I’d be glad to test the machine and tell the people out there all about it.”

“How gracious of you,” Ken said.

Like I often do, I realized I had spent more time at Ken’s than I planned to. As I was getting ready to leave, I remember telling Ken, “As much as you like older machines, I’m surprised you don’t have a vintage ATV or two to ride.”

Ken set me straight on that subject: “I like to remember them more than I like to ride them,” he said. “I’ve got my eye on one of those new YFZ450Rs!”

The Best ATV Trails on the Planet