BRING THAT OLD UTV BACK TO LIFE 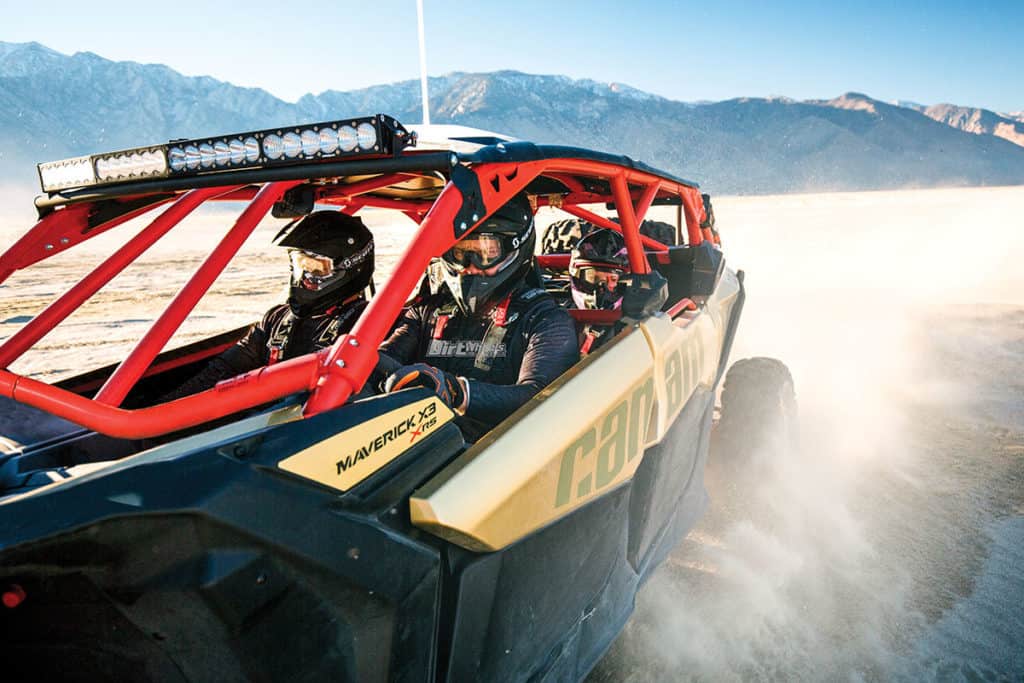 It sits there behind the shed at my local MX track, week after week, sad and ugly. The tires are flat, the stickers have been bleached by the sun and the blue plastic has oxidized into a flat gray. I think it’s a Yamaha Rhino 450. Maybe it’s a Kawasaki Mule of some sort. I’m not sure why it was parked there five or six years ago, but its initial problem is the least of its issues now. The seats have split open, rust has eaten through the muffler, mice have chewed on various soft parts and there’s a bird’s nest behind the steering wheel. It’s entered the zone of no salvation. For some reason, though, I want it.

The trouble is, I don’t know why I want it. This defies all the rules of logic and math. I think it reveals some deep-rooted psychological flaw. I just don’t know which flaw. This bears some self-cross-examination, so I’m doing a process of elimination to figure it all out.

Is it greed? Do I think I can get it cheap, fix it, sell it and make some money? I would have to invest at least $1000 in the motor, the radiator would probably be about $400, add $300 for tires, $200 for an exhaust and another $200 for various expendables like the air filter, hoses, carburetor parts and a belt. Then I might have something that runs if I do all the labor at night. And that’s just to make it move. To make it attractive enough to sell would probably take another $2000. Seats are expensive. I would have to replace the seat belts with harnesses, add doors and get new bodywork, so now I’m into it for about $5000. It turns out, the Yamaha Rhino 450—if that’s what it is—sold for about $6000 when it was new. Today’s market value on a 12-year-old UTV is probably between $3000 and $4000. Working it all backwards, that means I would have to buy it for negative $1000. So, that’s not it.

Do I think it would be a collectible some day? UTVs haven’t been around long enough to have much nostalgia connected to their early years, but everything else seems to be going up in value. My dad might have sold Action Comics issue number one at a garage sale in 1939. He had a big comic book collection that he sold off at a penny apiece when he felt he was too grown up to keep them around anymore. Superman? Kid stuff. It would be worth over $3 million now. When I was a kid, there was an old British motorcycle in every garage, parked coincidentally over a permanent oil stain. They were the background noise of that generation. Now everyone wants them. So, would a first-year Rhino be the Action Comics number one of the UTV world? It’s hard to look at the bleached-out four-wheeler and imagine it ever being in a prized collection. First, it would have to be restored perfectly and authentically. Today, most of the OE parts are still available, but not all of them. Making it perfectly original would push up the restoration cost to about $10,000. Then it would have to go down in value for 20 years before it’s given the proper acclaim by future UTV historians. So, by the year 2038, I’ll break even. In another 15 years it might double in value. Unfortunately, I’ll be 93 years old by that time.

How about personal utility? What if I just got it running and then beat the heck out of it? I could leave it ugly and use it in brushy canyons and on rocky junk where my buddies with their new $30,000 high-bling rides would never go. Maybe, but that presents another problem. My buddy Gary just got a new RZR 1000 for his high-speed Mexico adventures. He makes these mad dashes down the coast, averaging 70 mph with a gang of Mavericks, buggies and RZRs. They don’t go places that might scratch the bodywork. Driving my roached-out 450, I would arrive at the hotel each night about four hours behind them—if I arrived at all. And I don’t think I would ever talk them into the ugly trips I have in mind.

So that leaves the orphan theory. Maybe the reason I’m drawn to the forgotten derelict behind the shed is because I want to save it. If it stays on its present course, it will never run again. It might eventually be parted out on eBay, but it’s more likely that it will continue to rot until it’s nothing but a rusty stain on the ground. That, I think, is the most likely reason for the infatuation.

The question remains, does finally understanding my problem mean it will go away? We’ll see.