— Larry and Mabel and the single-seater RS1 — 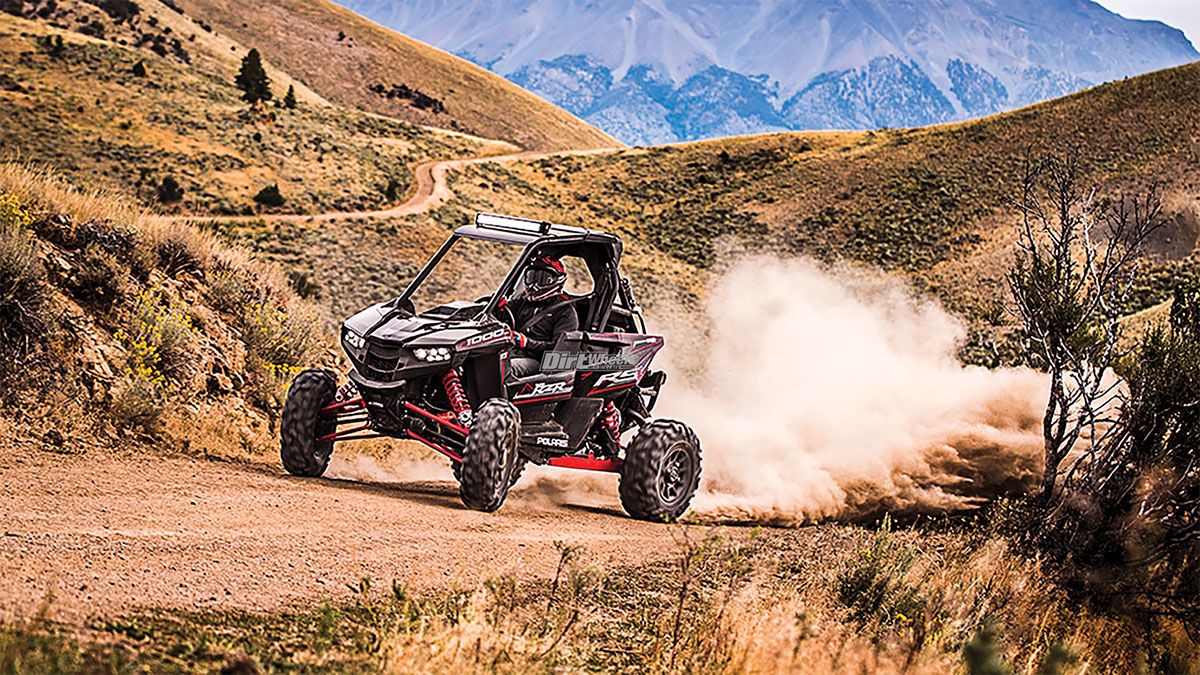 Here’s how the conversation could go:

Larry: “It’s lighter and the performance is better!”

Larry: “It has better visibility, and the center of gravity is more evenly distributed, so it turns equally well in either direction.”

Larry: “We can trade in our old RZR and almost break even!”

Mabel: “Okay, but where are you going to sit?”

The concept of a single-seat sport UTV is practical, obvious and probably inevitable. But, it might spell the end of the American family unit and civilization itself.

The conversation could go a number of other ways:

Larry: “Honey, did you see this? It’s called the RS1. It’s a single-seater, but the seat is perfectly centered. This would be so much more precise. Think of how much better it would be in the rocks; the driver can stick his head out of either side and see his exact wheel placement.”

Mabel: “His head, huh? I think it’s a great idea. And I’ve got the perfect place for the key. It can go on the same ring as my new Lexus.”

Larry: “Hey, honey, when I was a kid, my brother and I had to share a mini bike. We would go riding and take turns, which sounds like a hassle, but it turned out to be a great bonding experience. We became closer than ever because of that mini bike. I was thinking, maybe you and I could do that with a new RS1.”

Larry: “He sent a Christmas card two years ago.”

Mabel: “Maybe you can share an RS1 with him.”

Larry: “Hey, honey, I’ve noticed that you don’t come out that often with me in the RZR anymore. Instead of a new UTV this year, maybe we should get one of those new single-seat RS1s. We could take the money we save and spend it on a nice vacation together.”

Mabel: “I don’t come out that often because you removed the passenger seat last year when you converted it into a race car. And, oh yeah, I’ve already booked a vacation in Aruba—for one.”

Larry: “Honey, my buddy Phil just got one of those new RS1s. It’s just amazing. He’s driving that thing so well compared to his old two-seater. I had a hard time keeping up with him on those narrow trails up in the mountains last week. It seems like he’s just barely grazing the trees that stop me completely. Single-seaters just seem so much more practical.”

Mabel: “Remind me again, what happened to Phil’s last RZR?”

Larry: “His ex-wife got a court order to saw it in half after the divorce. But he got the driver side.”

Mabel: “That’s so mean. To the RZR, I mean. She should have sawed Phil in half. Single-seater, indeed!”

Or, the best-case scenario:

Larry: “Hey, honey, did you see this? It’s called the RS1, and it’s faster, lighter and better than our old UTV.  There’s just one problem, though. Only one seat.”

Mabel: “No, there will be two seats. One in mine, one in yours.”

WHAT YOU SHOULD KNOW ABOUT THE RZR RS1