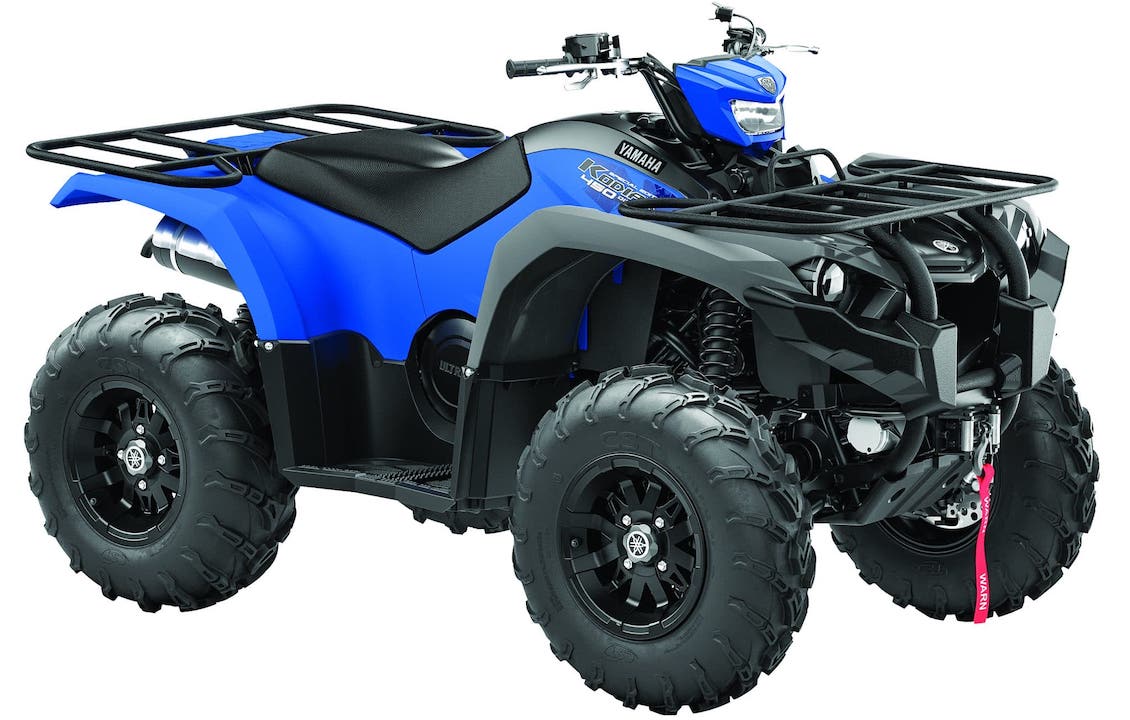 Not too long ago I talked to a friend of a friend who got his first ATV. I was pumped to hear that another enthusiast had joined the sport, and I imagined all the good times, new experiences and great memories that were in store for him—until I learned more about his quad. The brand or model wasn’t the problem. He said he got a 1997 Polaris Sportsman 500, a ground-breaking machine for its time that can be a blast to ride today.

The quad in his garage was a whole different animal. I stopped by his place to check it out, and it looked like the previous owners were more interested in totally destroying it than riding it. Three of the outer CV boots were torn and one was missing entirely, leaving the delicate bearings open to dirt, water and sand. There was so much grease and oil slathered under the bodywork, it was hard to tell what was in rougher shape, the driveline or the engine. Amazingly, the engine started and ran, but by the sounds it made and the way it looked, I think there was more oil on the outside than in it. There had to be some in the cases, because it was dripping quickly on the ground beneath the ATV when the engine was running. The wheels were so bent up, it looked like somebody was determined to reinvent the wheel with some new irregular shape, and the tires were so smooth they could have passed for inner tubes. The quad had a seat, but by what was left, something with a huge appetite for vinyl and foam had made a meal of it.

Even though nearly any quad is repairable, and the abundance of affordable aftermarket parts makes routine repairs more affordable than ever, it was unfortunate that the new quad owner’s first experience with ATVs would be repairs and more expenses rather than fun on the trail. Based on his quad’s price, and just the needed repairs I could see at a glance, he could have had his pick of a number of great brand-new quads for not much more. As we experienced ATV riders know, the beauty of a new quad goes much, much deeper than the shiny, scratch-free bodywork. It’s hard to describe the value of the joy of knowing a machine is ready for fun or work at the turn of a key or the touch of a start button and the calming confidence of a vehicle dependable enough to ride many miles into difficult, remote terrain. New machines also come with grippy brand-new tires; straight, sparkling wheels; quiet, leak-free CV axles and engines; as well as brand-new seats with flawless foam and seat covers—and let’s not forget that heavenly new quad smell.

I didn’t want to bum him out, but I told him about the $6699 Polaris Sportsman 450 H.O., the $6699 Can-Am Outlander 450, the $6499 Yamaha Kodiak 450, and the many new 2WD sport utility machines that sell for even less. I could see he was weighing something on his mind as he considered his quad and the information I passed along. At this stage, the good news about affordable new quads might not have been the best thing to bring up.

Then he spoke up: “You know what? Maybe a new quad isn’t a bad idea for a new ATV rider. I got this old one from my neighbor. He loves it and said I could try it before I bought it, and he’d be happy to take it back. I think I’ll take him up on that—and can you tell me where I can get one of those ‘ATV Buyers’ Guides’ your magazine puts out?”