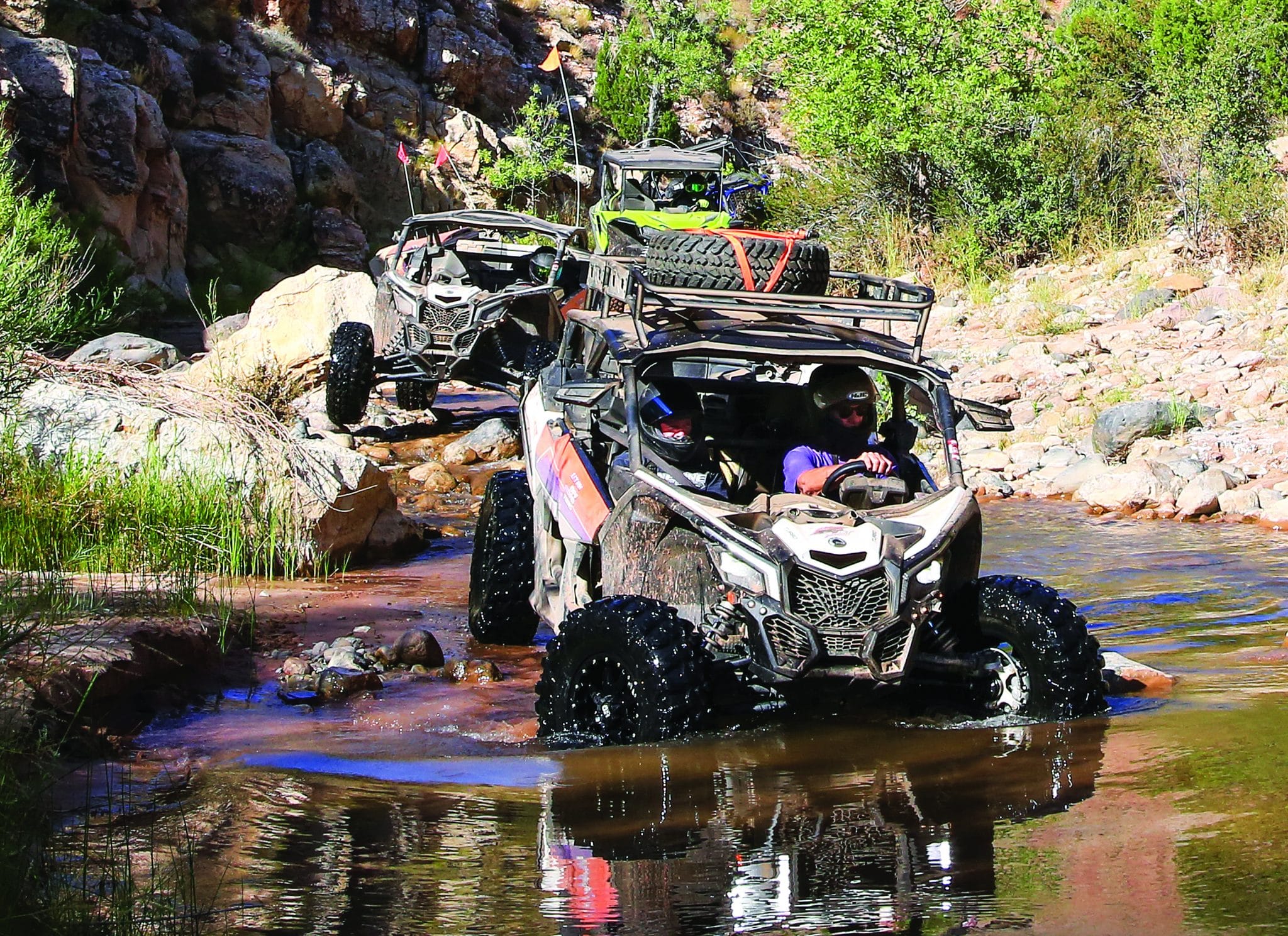 It would be great to earn a cool nickname because of amazing driving skill or style, incredible demonstrations of bravery on the trail, or awesome racing accomplishments, but those are hard to come by. More often, less flattering nicknames are handed out to decent drivers who made a single mistake in front of the wrong riding buddies. Some of my UTV driving friends have been awarded with less than flattering nicknames they can’t wait to shake, but they’ll have to win a major championship, jump an active volcano or climb up the side of one of the world’s tallest buildings in a UTV to get a cool, new label. Here’s how some nicknames nobody wants were earned. Hopefully, knowing the stories will keep you from being called something similar.

“Bubbles” is one of the best and bravest UTV drivers I know, but instead of a cool nickname, one bold but unfortunate water-crossing attempt got him the one he has. We all had great respect for the deepest water crossing on one of our favorite trails, but only Bubbles had the guts to try a new, untested line when storms choked our regular route with fallen trees and brush. One second we were looking at a perfectly good UTV with the likes of Christopher Columbus at the wheel leading us to a promising land, rich with trails; a second later, only bubbles were visible until Bubbles himself reached the surface.

“Smokey” is a highly skilled dirt bike rider who just got into UTVs. On the trail, the guy’s talent on a bike seems to transfer directly to his UTV driving. He’s really sickeningly fast through whoops, his speed through corners is scary, and he can control a car in the air better than I can on flat, smooth ground. He got his name because he apparently has no clue how belt-type automatic transmissions on most UTVs work. After an afternoon of demonstrating speed and skill in challenging terrain, Smokey turned his machine’s drive belt into a cloud of rubber smoke doing something most lesser drivers can handle—getting a vehicle on a trailer.

SC1 is the name of a popular Maxima detailing product that creates a glossy clear-coat finish on all kinds of plastic and painted bodywork. It’s also the nickname of a certain UTV driver who is obsessed with his vehicle’s appearance to the extent that the machine looks more shiny than new every time he shows up to ride. “SC1” has had to endure jokes about pallets of the detailing spray being delivered to his door, carrying SC1 in his drinking system instead of water, having an agricultural sprayer full of SC1 mounted to his vehicle for detailing while driving, having railroad tracks routed to his house to transport tank cars of SC1 for his UTV, and speculation that an SC1 pipeline from Maxima to his home may already exist.

Kingsford is a well-known brand of charcoal briquettes for barbeques, but after an unfortunate UTV fire, it’s also the nickname of a UTV enthusiast I know. I can’t verify every detail of the story, but I have heard that the driver we now call “Kingsford” struggles to get gas or charcoal grilles lit and has no ability to get a camp fire going, even with materials so flammable they almost spontaneously combust. That’s why it seemed so strange that his UTV, a vehicle designed to not catch fire, was so completely consumed by flame that only a skeleton of the machine remained. Turns out, the UTV wasn’t the problem, but we did learn that enough operator error and poor maintenance can produce a fire. Fortunately, Kingsford escaped unharmed and rides as often as ever, but with a fire extinguisher in his vehicle, like other well-prepared drivers.