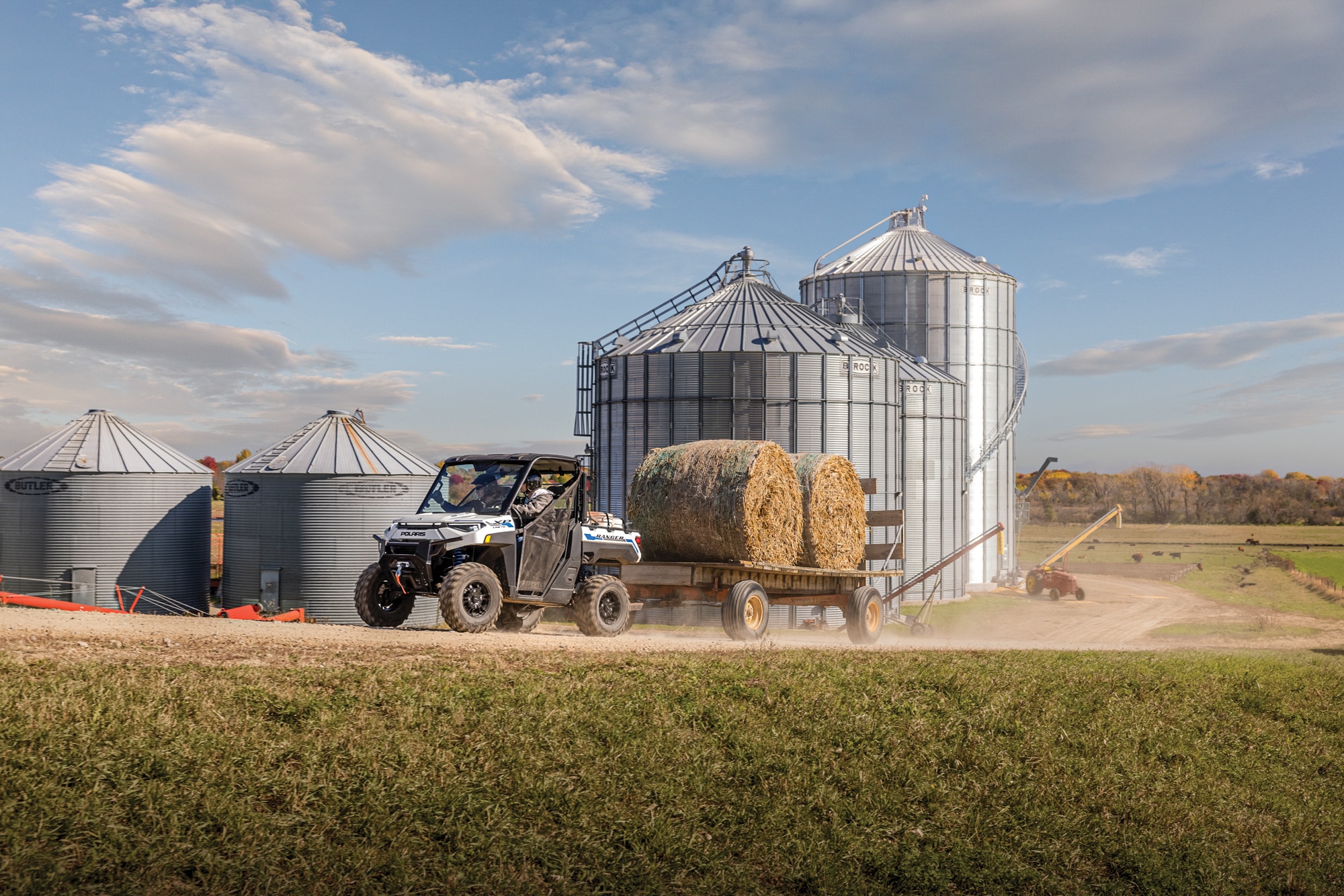 Since performance is a priority for UTV drivers and ATV riders, I keep an eye on the entire motorsports world, looking for outstanding demonstrations of power, handling and speed by any kind of vehicle. After all, what helps any high-performance machine go faster can help a UTV or ATV go faster. Recently, I read a few articles that shocked me. The first explained that the Tesla Model S Plaid is now the fastest-accelerating production car, and it costs $131,190, not 1 or 2 million dollars like the supercars from Ferrari, Lamborghini, McLaren, Bugatti and others that we expect to set speed records. Since the Tesla Model S Plaid proved it can accelerate faster than any production car, Edmunds.com did the test I was waiting for—they drag raced it against the fastest-accelerating sport bikes in the world, the Suzuki Hayabusa and the Kawasaki ZX14-R. Motorcycles have been smoking the fastest cars since the gasoline engine became practical, so I was hoping the gas-burning bikes had something for the battery-powered Tesla. I was wrong. It was close, but the electric car beat both bikes repeatedly in quarter-mile races.

As far as I’m concerned, the world just changed. When I can’t go to sleep knowing gas-engine sport bikes are the fastest-accelerating street-legal vehicles, I feel like I might wake up and the sky will be green and gravity will be gone. Before the Tesla beat the sport bikes, I thought the Polaris ProStar 2-liter four, turbo twin and the Can-Am Ace turbo triple were the coolest ways to power a high-performance UTV. Now I know some electric UTV is going to come along and embarrass them. It will probably be an electric Polaris and an electric Can-Am, but it just seems weird. I get some comfort from knowing you need an electric car that costs $131,190 to go as fast as a couple of gas-engine bikes that are both under $20,000, but the writing, as the saying goes, is on the wall, and it’s not some nonsense graffiti. 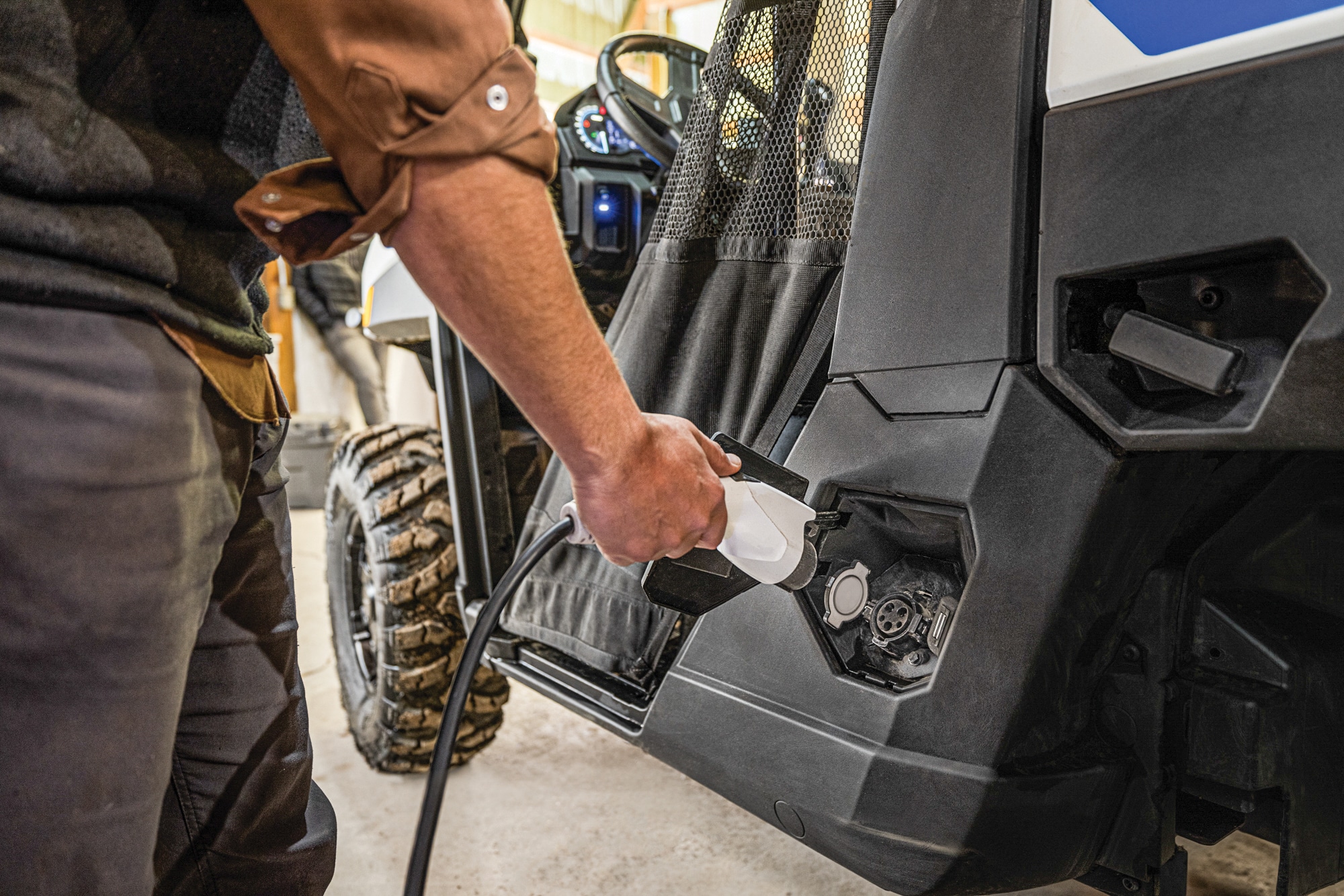 Cost probably won’t delay high-power, high-performance electric UTVs from dominating the scene as much as weight, but technology and sharp engineers will conquer both obstacles eventually. For all its 1020 horsepower, courtesy of one front and two rear electric motors, the Tesla has to move its 4,842 pounds. That it does it with such force almost makes it more amazing, but its weight, which is more like a full-size diesel pickup than a sports car, does strain the car’s cornering and braking ability. Shockingly, it does well in those areas, too. Overweight off-road cars aren’t quite as graceful.

One problem electric sport UTVs will need to overcome is getting power for recharging out to the remote areas where people enjoy UTVs. The increased popularity and capability of electric road vehicles will likely solve that problem. You’ll probably be able to share the charge of your electric truck with a UTV, and I think we can expect electric RVs with massive amounts of stored power to share, kind of like the big fuel storage tanks current toy haulers have.

Will I miss gas-engine UTVs? Yes. I like anything with an engine, so seeing gas-powered UTVs become obsolete and unwanted won’t be easy. Enjoying the power and near maintenance-free driving experience electric UTVs promise to provide will help me get over it.

7 Tips To Make Your Waders Last Much Longer