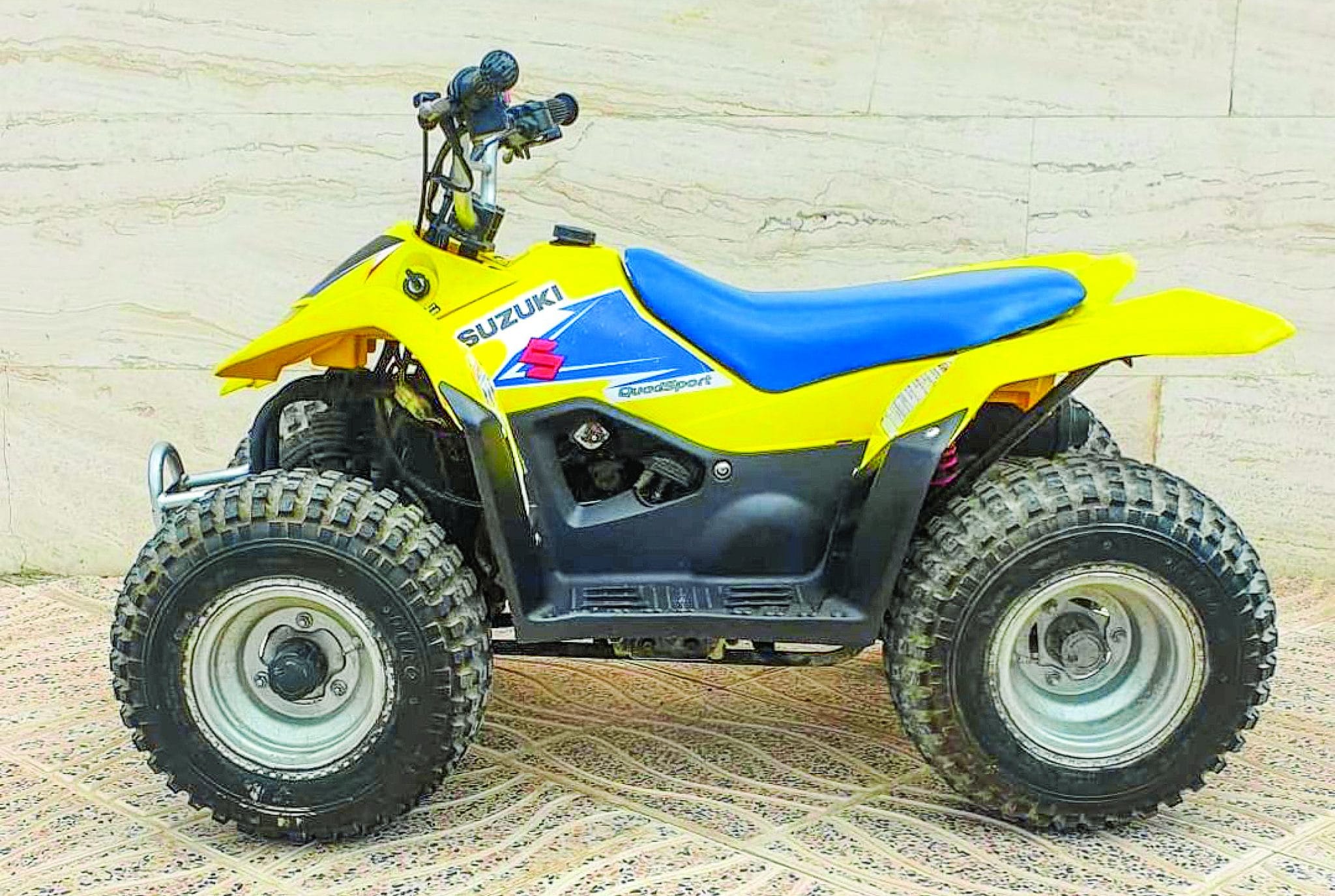 The latest ATVs offer more performance, comfort and convenience than most riders could have dreamed of years ago, so it really doesn’t surprise me to see so many new machines motoring around on trails, rolling by in trucks and on trailers, or standing ready for fun or work in garages and back yards. What does surprise me is the number of older, well-worn quads that are still in use right alongside those new ATVs.

My family was invited to a friend’s place for their daughter’s birthday party. Not long after we arrived, Sean, “the man of the house,” mentioned that he’d treated himself to a birthday gift recently—a new Suzuki KingQuad he got for doing chores around their property and trail riding. When there was a break in the action, we visited the garage to look the Suzuki over. It’s a 750, and the new owner couldn’t say enough about the power, how easy the machine was to start, and how the power steering made it simple for his wife to maneuver and easy to handle on the trail.

When he paused after praising the 750’s comfortable suspension and seat, I had to ask him about the tiny Suzuki LT50 beside the big Suzuki 4×4. It was an ’84! The 50’s bodywork was scratched and sun-faded, and the fenders seemed to droop close to the nearly smooth tires, which gave the machine a weary look. It looked as though thousands of small and large riders must have climbed on the quad during its lifetime, and a fair number of them must have used the 50 in an ATV version of bumper cars. I had to ask, “Does the 50 run?”

“Runs great,” Sean said. “It’s not like the fuel-injected 750 with electric start. You have to choke it and pull the starter, but it starts right up. My daughter loves it. The backyard is about an acre, and she rides all the time back there. The 50 is so quiet, it doesn’t bother the neighbors. The horses don’t mind it, either.”

The vintage Suzuki 50 reminded me of a Polaris Magnum 330 some other friends use on their ranch. I think the quad was one of the first the family bought in 1994. They have several newer quads, but the 330 is still ridden regularly by the family and their hired hands. Most of the seat is missing, thanks to their many dogs, and I don’t think the quad has been washed or had its oil changed in years. When the battery died not long ago, they had one of their helpers install a new one. The new battery didn’t bring the electric starter back to life, but that didn’t stop anyone from riding the Magnum. The people at the ranch just fired the four-wheeler up with its pull-starter. I was over there a while ago, and my friend asked me to look at the quad. He said it seemed strange that the new battery wouldn’t even light up the indicator lights.

I told him there was a chance he’d gotten a bad battery, but I took a look anyway; maybe it was something simple, like loose connections or a bad battery cable. The battery is right under the left rear fender, so it was a little tough reaching a wrench to the battery bolts, but I found them, and they did seem less than snug. I tried the key. Nothing. Next, I saw if there was room to reach the battery terminals with jumper cables. The battery strap was missing, so I tilted the battery towards myself to get a look at the terminals. Then I saw the horror; the battery was hooked up with the cables reversed! How the Polaris survived being ridden that way was a mystery. The electrical system should have fried! Reverse the battery cables on a modern car, and you could buy your own island for the price of the electronics you’ll cook. I connected the cables correctly, and the Magnum fired up instantly with a turn of the key. I little testing showed the charging system was still working, too!

Amazed, I shut the Magnum off and started it again to see if I was dreaming. It started easily, and I let it idle for a bit. Then, remembering how little care the quad gets, I shut it off to check the oil. The only thing the dipstick touched was air. I told my friend his quad had escaped certain death once, and that he should treat it to an oil change. He promised to add some.

New ATVs offer many things older quads can’t, and selling your older machine is a great way to free up funds for a new four-wheeler, but I can see why so many people hold onto the ATVs they have. Seeing these older quads serving their owners so well proves what a lasting investment well-made ATVs are.

5 Things You Need to Know to Purchase ATV Waders