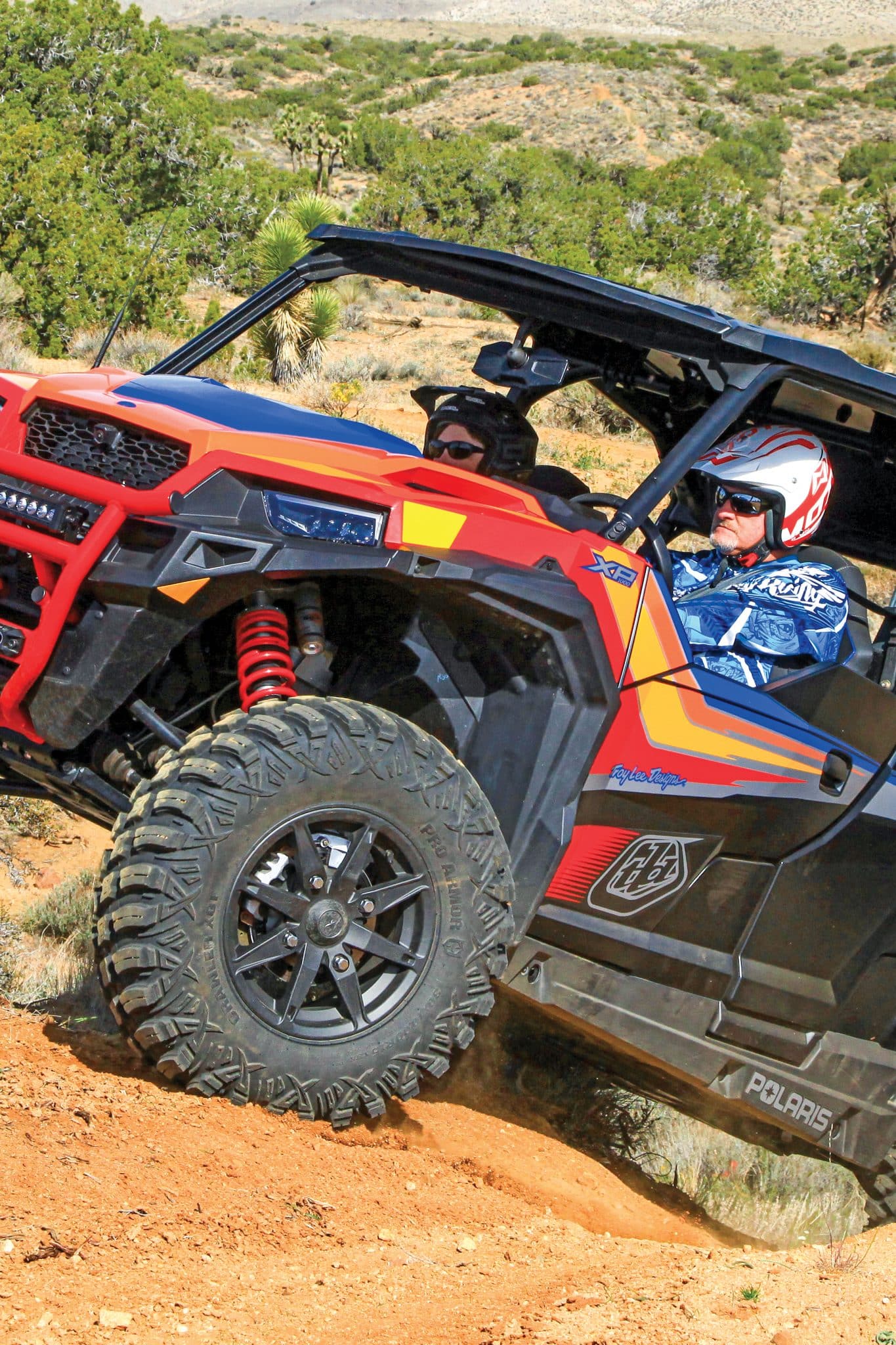 If you are fortunate enough to have a substantial slush fund for toys or have a rich uncle that just dropped a big bag of money in your lap, purchasing a new ATV or UTV is no big deal. For the rest of us, stepping up to the salesperson’s desk with checkbook in hand can be an uncomfortable undertaking. Obviously, some dealers are better than others, but some can truly be as painful as a trip to the dentist. Something else you must deal with is the process of deciding which type and brand of machine to buy. At the moment, I am in between UTVs and am considering my options. On one hand, I’ve had the chance to drive some of the latest zoomy hot rods from the prominent manufacturers—the Polaris Pro R and the latest Can-Am X3—and really like everything about them except for the price!

The RZR Pro R, the latest and greatest from Polaris, will be selling for over $40K, and dealers are rumored to be getting 5000 to 10,000 dollars on top of that—insanity! On the other hand, I have also been testing a Polaris General XP 1000, a much less intense two-seat sport utility vehicle. It has been growing on me. Sure, it can’t skip over whoops at Mach speed or take big leaps in stride; it isn’t designed for that. But, it does have more than a few nice things going for it! It isn’t a “race” vehicle, so it won’t become obsolete at next year’s model release. And, being an actual “utility” vehicle, it can do chores around the ranch and play around afterwards. On top of that, the wife enjoys driving it! It doesn’t have that cushy, long-travel, smooth ride like some of the hot rods, but the ride is comfortable and it isn’t intimidating.

The next big plus is the price. Even though it is at the high end, price-wise, for a UTV of its class, I could buy the General XP, a trailer and a shipping container for it to be garaged in for less than what they are getting for the rocket ships! I also must consider who, what, where and when in the selection process.

This breaks down into: Who will be driving the car? What will the car be used for? Where (what trails) will it be operated? For who, it’s mostly me. I often offer to let the wife drive, and she much prefers the General. The rocket ship is just too intimidating for her to enjoy, so one point for the sport utility machine on who. For what, honestly, you could drive both cars anywhere. It is how you drive them that makes the difference. Obviously, the Pro R will blast through any terrain as fast as you dare. But, on that note, you are paying roughly double for the whoop-eating monster experience. Besides, my wife really doesn’t want to be in the car with me when I go into “crazy man” mode, so if she is along for the ride, I won’t punish her. The General will traverse these same nasty, whooped-out trails, albeit at a more sedate pace. It is a quick little buggy, just not in the whoops! I must also add that while the General won’t be near as fast, it will be capable of bringing along a picnic lunch, chairs, a sunshade and a cooler for the party!

So, another point for the sport utility machine on what. For where, out here on the left coast, the trails are mostly wide open (width wise) compared to some back east. The General is a 64-inch-wide vehicle, so with few exceptions in the forested areas, it can physically go just about anywhere. The rocket ship is much wider at 74 inches (advertised) but rumored to be closer to 77 inches. You could probably go through most of the same places with it, but plan on scratching up wheels and body panels to do it. So, add another point for the sport utility machine!

Well, shoot! Admitting that I talked myself out of a rocket ship to obtain a more sedate sport utility UTV surprises even me! It’s kind of like telling your high school buddies that you liked driving your mom’s minivan. Now, don’t get me wrong here, if I happen to trip over a winning lotto ticket, I’d be over in front of that dang rocket ship dealer’s door waiting for them to open. I’ll take two, please! And, throw in one of those cute little two-seat sport utility units while you’re at it!