When the gate dropped for Moto 1, Hetrick quickly upped his gate and rounded the first turn in the lead. With a clear track, Hetrick made quick work and began to build a gap on the rest of the field. JB Racing/Root River Racing’s Jeffrey Rastrelli sat in second, with Wienen applying pressure in third. 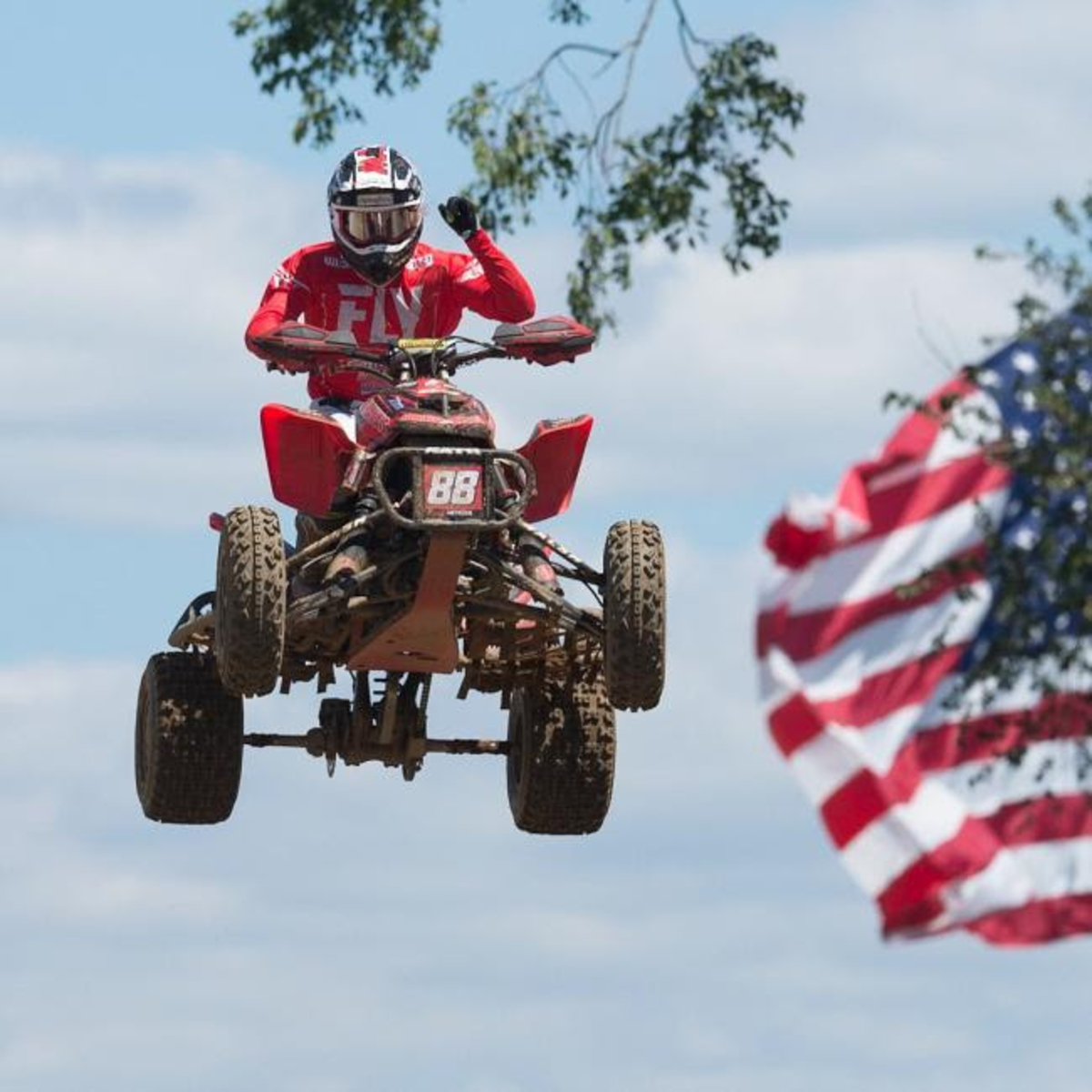 Wienen secured the runner-up position on the third lap and set his sights on chasing down Hetrick who was a mere four seconds ahead. Throughout the course of the moto the duo maintained consistent lap times, and Rastrelli remained behind in third.

The podium finishers crossed the line evenly spread out with Hetrick, Wienen and Rastrelli finishing on the box.  Root River Racing/CST Tires/Pro Motorsports-backed Thomas Brown started outside of top-five on the first lap and finished just off the Moto 1 podium in fourth. GennUSA Racing’s Nick Gennusa rounded out the top-five.

The second moto start treated Hetrick well again, where he rocketed off the line to earn yet another SSi Decals Holeshot Award. Fortunately for Hetrick, Wienen was stuck mid-pack. With some extra breathing room, Hetrick began building his lead. 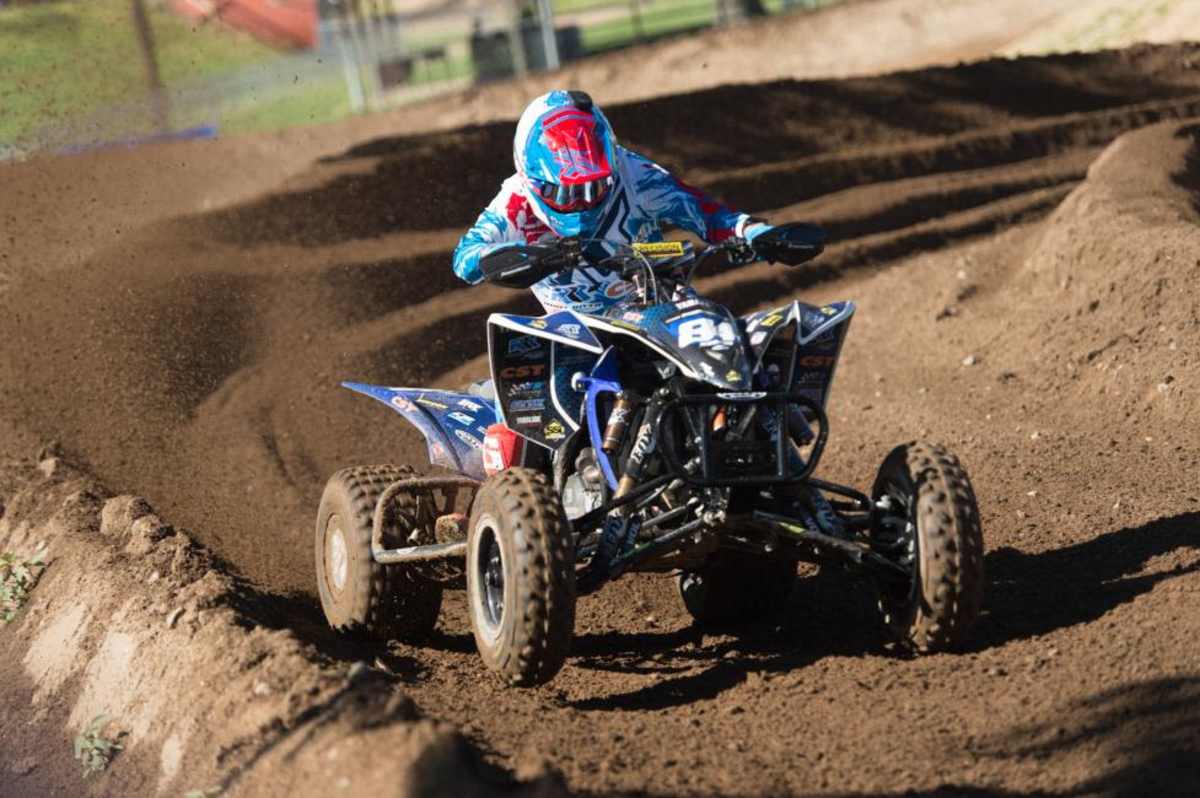 Thomas Brown rounded out the overall podium in third.

Brown got off to a better start and crossed the line in second at the completion of the first lap. Wienen had already worked his way into fourth, just behind Root River Racing’s Josh Upperman who was in third. Unfortunately, Rastrelli spun out on the first lap, and was missing from the front group.

Brown and Wienen found themselves in a heated battled early on, and Wienen made his way to second at the mid-way point of the lead. Wienen continued to close the gap on Hetrick, but by the time the race was complete Hetrick was still ahead. Brown held onto the final podium position, and Gennusa put in a flawless performance in fourth. Upperman moved into the top-five in fifth. 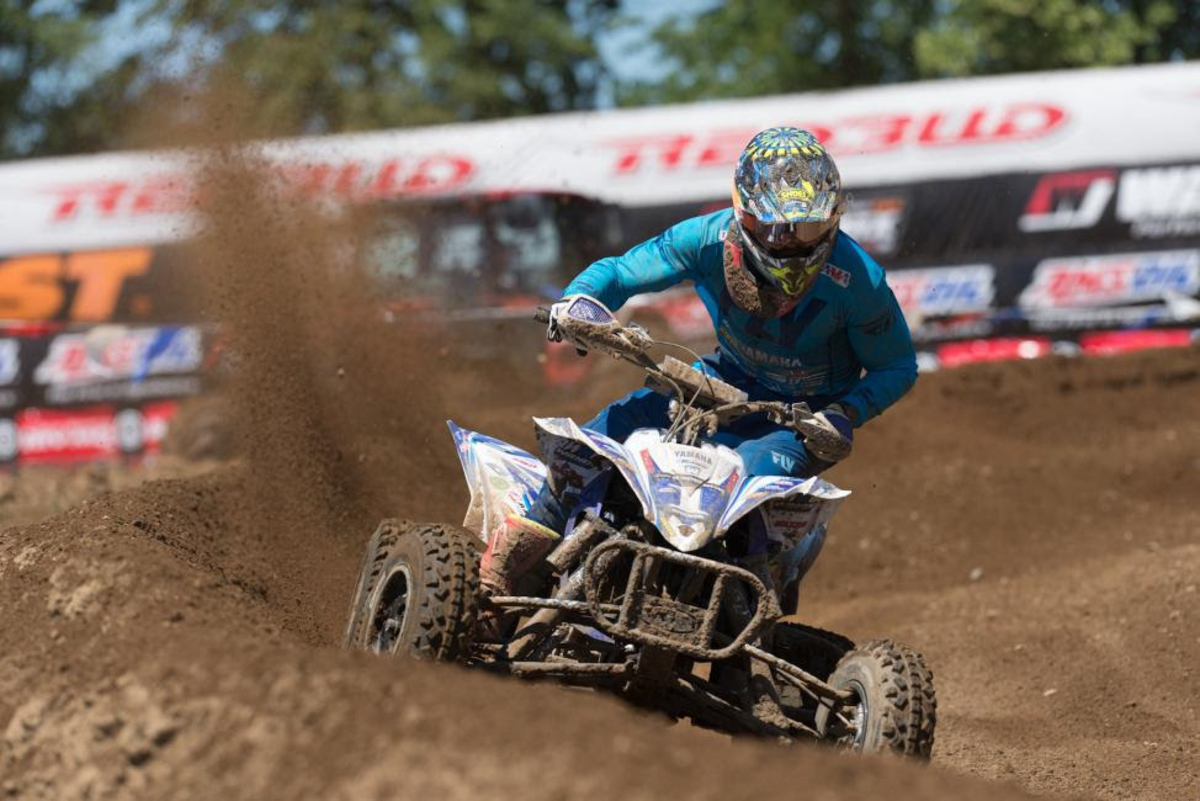 Chad Wienen raced his way to another overall podium in second.

Hetrick was dominate en route to his third straight 1-1 sweep, while Wienen continued his podium record with second overall. Brown edged out Gennusa to round out the overall podium in third, Gennusa followed in fourth and Upperman filled the top five. 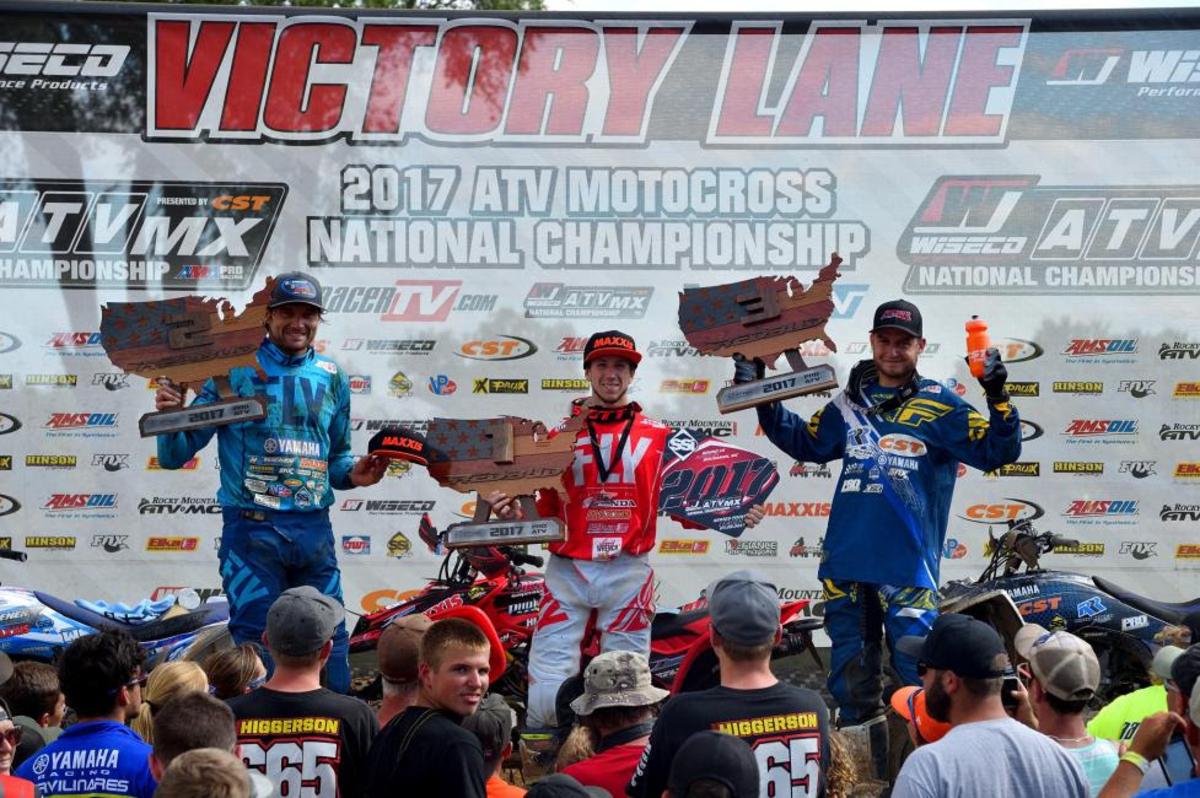 The tenth and final round of the 2017 ATVMX series is slated for August 12 at the historic Loretta Lynn Ranch in Hurricane Mills, Tennessee. The championship will be decided, where Hetrick continues to carry the red number plate. A highlight show featuring this weekend’s event will air on MAVTV onSaturday, September 23.

HOW TO BUILD A BRAND NEW HONDA SPORT QUAD

ATVMX: AT THE FINISH LINE