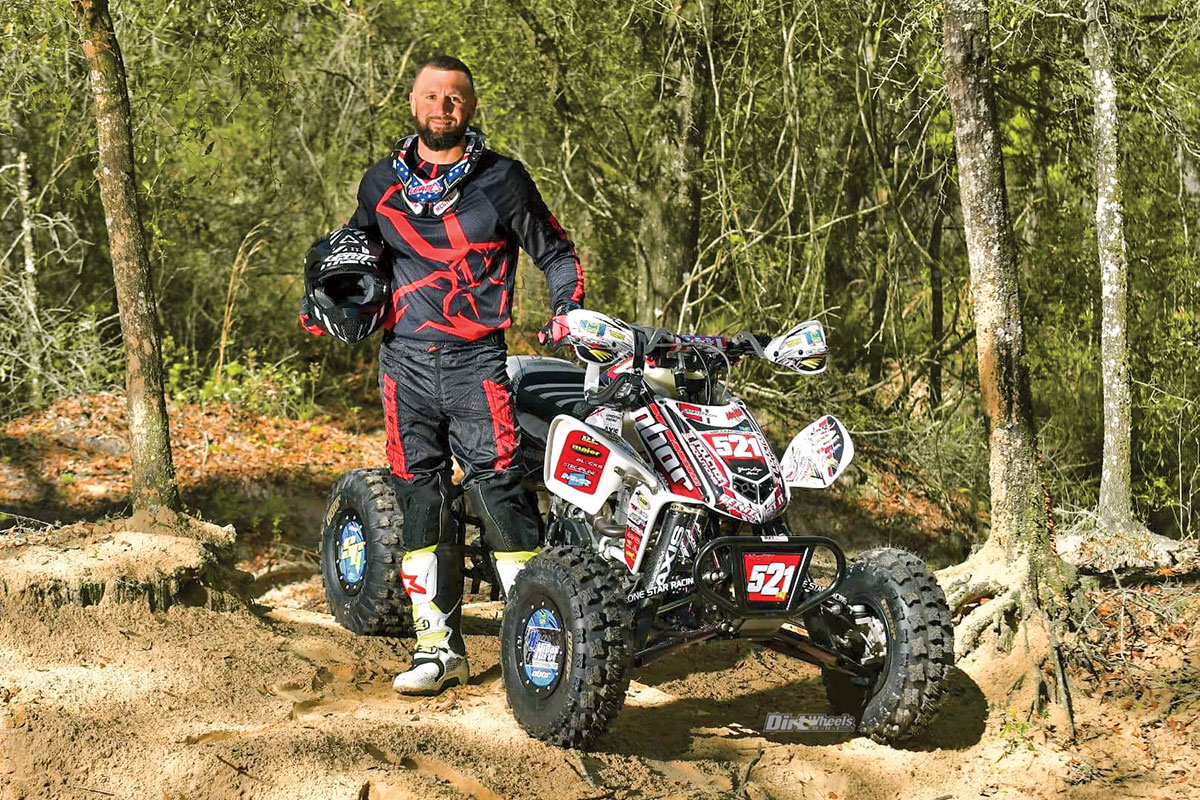 Hailing from Waverly, West Virginia, Adam McGill can be called the “Bridesmaid” on the track or “Class Clown” off the tracks of the GNCC ATV series.

In battle, he’s been the biggest threat to champions like Bill Balance, Chris Borich, and Walker Fowler, and has finished second to those guys more than he’d like to admit.

McGill started racing pro way back in 2006, and three years later got his first win—actually, four of them in 2008.  McGill has battled against legends such as Bill Ballance, Chad Duvall, and William Yokley during his 15-year pro career. Only Borich and Johnny Gallagher have been racing full-time in the pro ranks longer.

Adam was one of the first racers to embrace social media, posting funny videos at and away from the track. This has kept him in the face of his fans and sponsors alike. Via social media, we caught up with McGill recently to find out more about his early career.

Dirt Wheels: When did you start riding, and what was your first quad?

Adam McGill: I started riding when I was 6 years old, and my first ATV was a Yamaha Zinger 60.

Dirt Wheels: When did you start racing, on what quad and what race?

Dirt Wheels: Tell us how you did in that first race?

Adam McGill: Now you are really digging into the memories. I placed third in C class and 24th overall.

Dirt Wheels: Tell us what class and quad you are racing now?

Dirt Wheels: Tell us how the year is going.

Adam McGill: The year started off rough, but has been getting better every weekend. My best finish is a fifth, and I am sitting ninth in points.

Dirt Wheels: Tell us who you’d like to thank and why?

Adam McGill: My father for giving up racing cars to allow me to chase my dream.