Scott Armstrong in Missouri says he has the quad Yamaha should have built. He took the air-cooled 200cc engine out of his 1998 Yamaha Blaster and installed a liquid-cooled one from a 1997 Yamaha YZ250 dirt bike. Even though they’re both two-stroke engines it wasn’t just a simple swap. Scott had to first cut and weld engine mounts to get the drive sprocket to line up properly to the swing arm pivot. Then, it was an issue of getting the pipe modified to fit and clear the new radiator.

The YZ engine was balanced, blueprinted, ported, polished and enlarged to 265cc by Eric Gorr. It has a Noleen pipe, PWM carb and Rekluse clutch. The shocks, spindles, hubs and brakes are from a YFZ450, with G-Force axle and American Star A-arms. For flat track racing he uses a Diamond J lowering kit with a Rath sway bar. 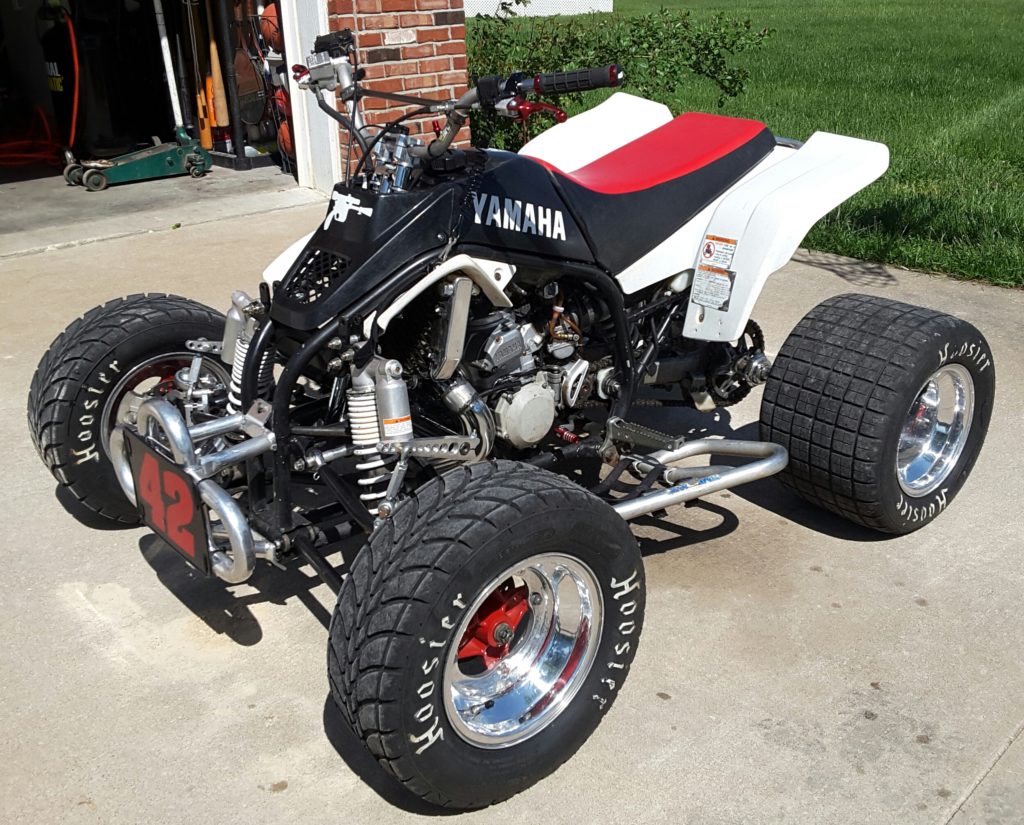 Scott says he got almost everything second hand which kept the costs down. But, he adds that the feeling is priceless when his Blaster blows past other quads.

Should we do a feature on your sport quad, 4×4 quad or UTV? If you think so then Email us some good photos and specific info on it. Also, you must include your full name, city & state (or country). Email to [email protected]

COULD THIS KTM BE THE NEXT CFMOTO?