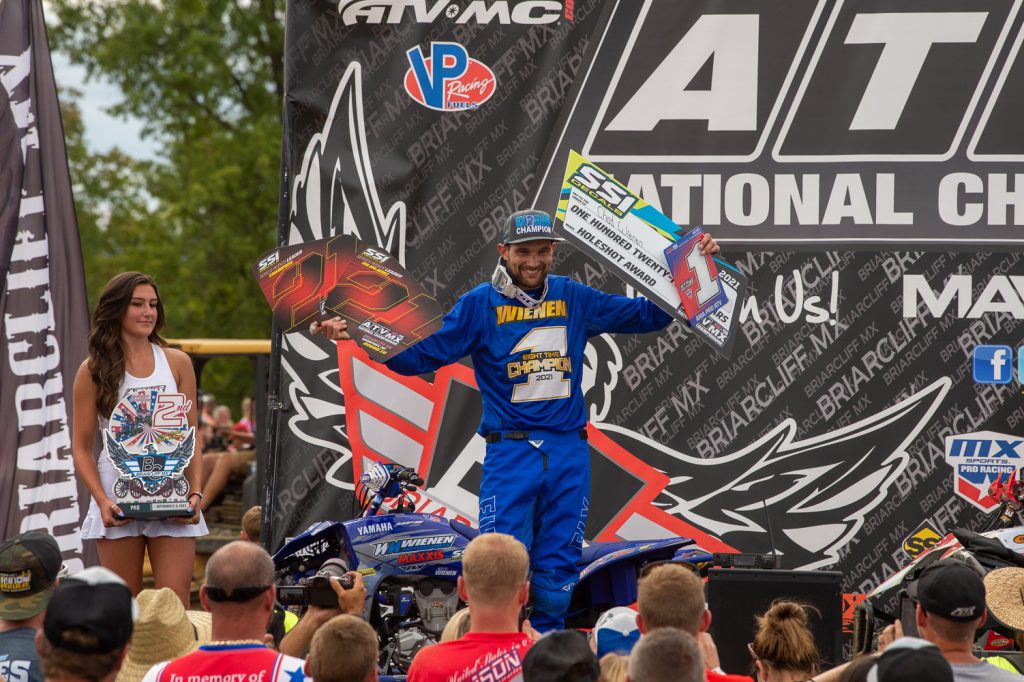 On the ATV circuit, Chad Wienen made history in the ATV Motocross series, tying Gary Denton’s record with his eighth AMA Pro championship, as well as a third-straight Pro Stock championship on Saturday, September 4, at Briarcliff MX in Nashport, Ohio. Wienen earned four wins in the AMA Pro class and never finished a race below second throughout the 10-round series. Wienen secured the championship with a 16-point lead over fellow bLU cRU racers, Joel Hetrick, who earned six first-place finishes in the series, and Bryce Ford for a Yamaha YFZ450R podium sweep. Bryce Ford also earned the Pro-Am class championship and $2,500 championship bonus with seven wins amidst a field of Yamaha competitors. In the women’s WMX class, Andrea Berger came through with a solid season, winning six of nine rounds on her YFZ450R to secure the title for the second year in a row.

Continuing his historic run in the GNCC series, career Yamaha factory-supported racing veteran, Walker Fowler, surpassed Bill Ballance for the second-most all-time wins record and claimed his seventh-straight championship, earning the $15,000 bLU cRU championship bonus on his WFR / GBC / Fly Racing YFZ450R. Clinching the series early on September 25 in round 11 at Burr Oak, Fowler rounded out the season with eight wins and finished on the podium in 11 of the 13 races in the XC1 Pro ATV class. 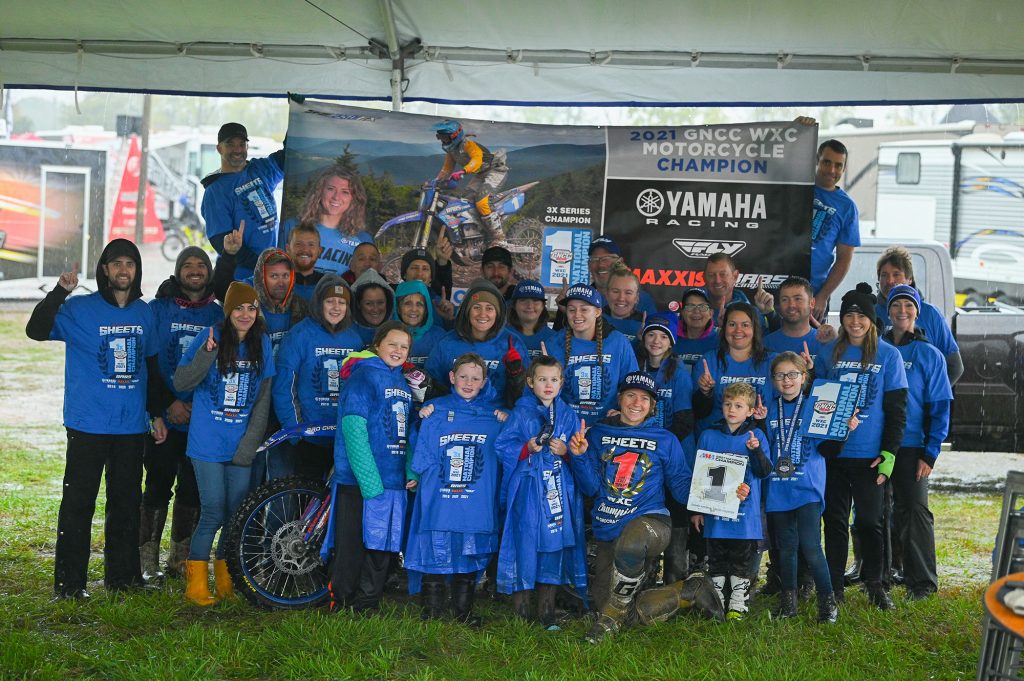 For the GNCC’s two-wheel premier classes, AmPro Yamaha Racing’s Rachael Archer and BABS Racing’s Becca Sheets were neck-and-neck all year on their YZ250FXs, swapping leads and first place finishes throughout the season in pursuit of the WXC – Bike championship. Although Archer won the YamahaRacing Ironman finale, Sheets narrowly secured third, allowing her to walk away with another title and the bLU cRU championship bonus with 306 points and seven overall wins. Archer trailed by only one point after earning six overall wins. After missing the first round due to injury and many hard-fought battles throughout the season, AmPro Yamaha Racing’s Steward Baylor finished second overall with 284 points on his YZ450FX in the XC1 Pro bike class after ten podiums and the most overall wins at seven. 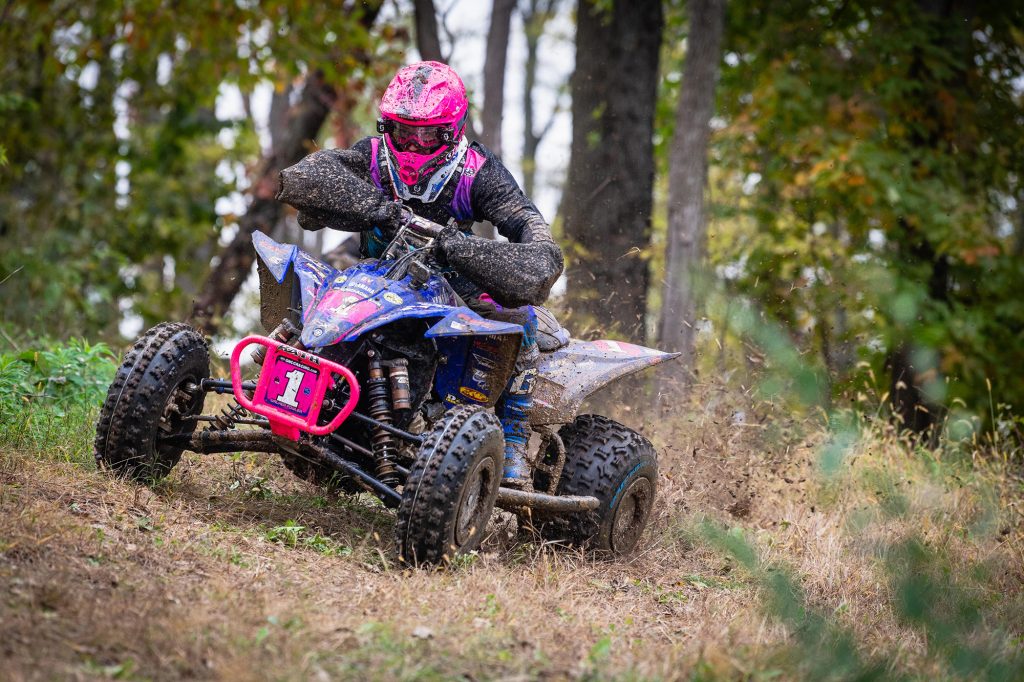 In support of GNCC’s annual “pink race” at the Yamaha Racing Ironman GNCC in Crawfordsville, Indiana, raising breast cancer awareness and funding local breast cancer care and research, Yamaha once again returned as a major contributor to the effort, committing $50 for each class win on a Yamaha, and an additional $50 for each 2021 Yamaha championship. This year, with 30 national championships and 41 race-day wins, along with additional fundraising efforts onsite, Yamaha donated over $5,550 supporting the local Faith Alliance Fund, held at the Montgomery County Community Foundation. 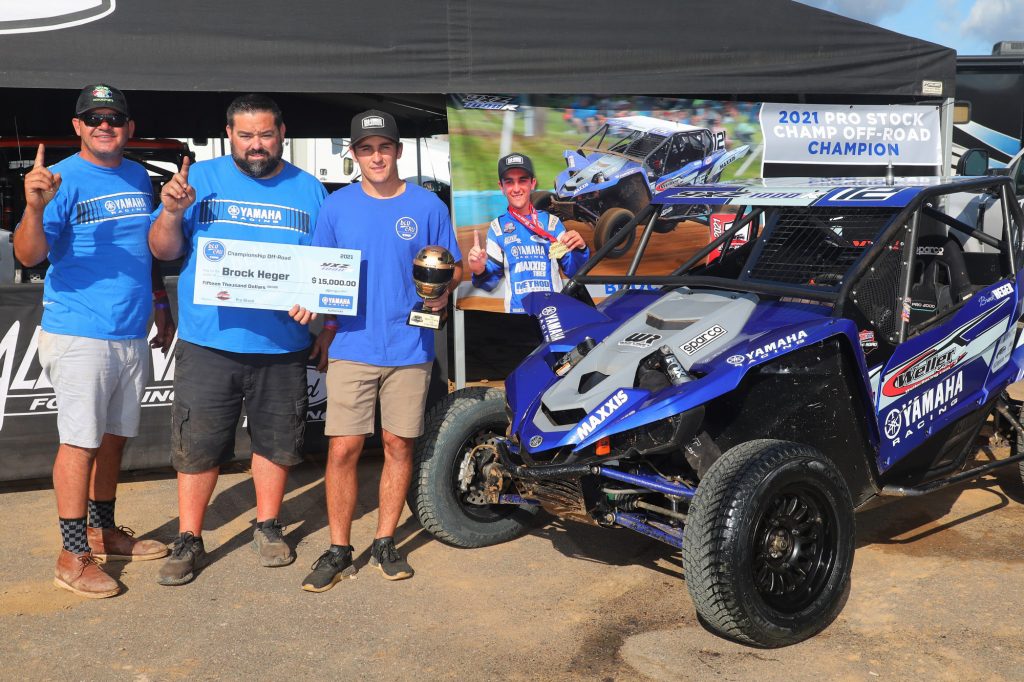 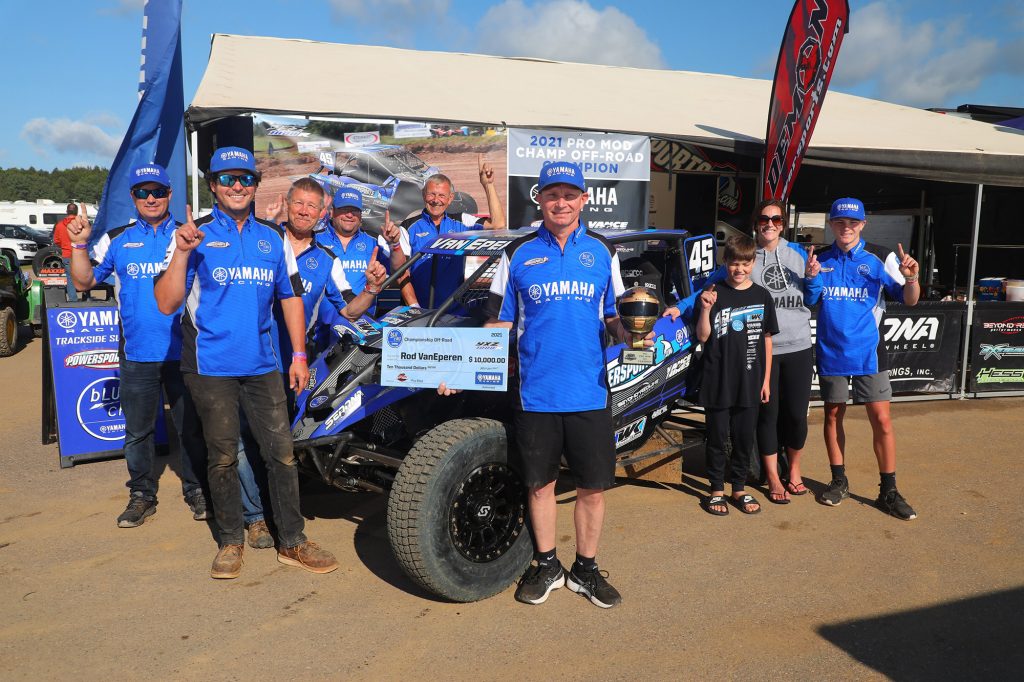