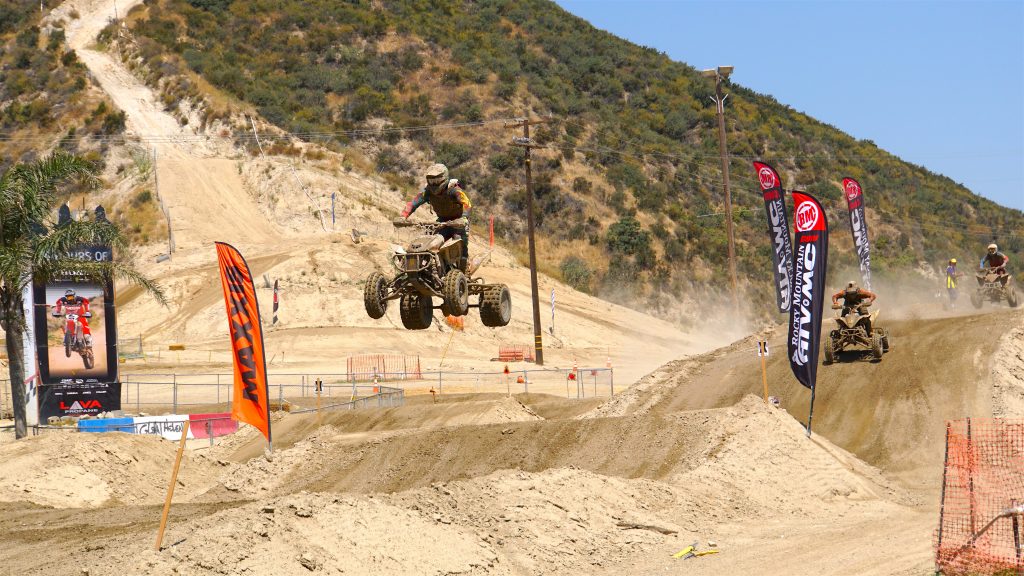 The Pro and Pro-Am ATV races held some exciting battles between Honda TRX450R and Yamaha YFZ450R riders with a Suzuki LT-R450 in the mix. #1 Beau Baron took home the win in the Pro class with no surprise. Collins Webster was close on the heels of last years Champion until his engine began smoking and put him out of the race. Mike Sloan put on a hard push and earned himself a second place Pro class finish but couldn’t put down faster lap times than two Pro-Am racers on account of a mechanical failure. #514 Suzuki rider John Rikerd landed on the Pro podium in third.

Logan Huff, on his #814 Yamaha YFZ450R was the star of the Pro-Am race by holding down faster lap times than all the pro riders except for Baron. He fought hard against Bryce Peart on his #35 Honda, who also managed to push out faster lap times than all the Pro and Pro-Am riders asides from Huff and Baron. Ricardo Gonzalez managed to hold on to a third place finish aboard his #51 Duncan Racing Yamaha. Unfortunately for Logan Huff, he was provided a penalty that cost him two minutes and was pushed down to 3rd on the Pro podium and Second to Peart on the Pro-Am Podium.

Nick Granlund put on an impressive performance on Saturday with a win in the SXS Pro class in his #68 Yamaha YXZ1000R. The track was rough and technical for the UTV drivers with little room to pass and big jumps in the motocross section that most drivers would risk ruining their machine if they jumped.

Ryan Piplic charged hard for a number of laps of the Pro race in his #15 Polaris RZR XP1000 which made it seem like he would get the win. However, Piplic landed on the podium in second place with #1x David Haagsma on his tail. David earned a third place finish. 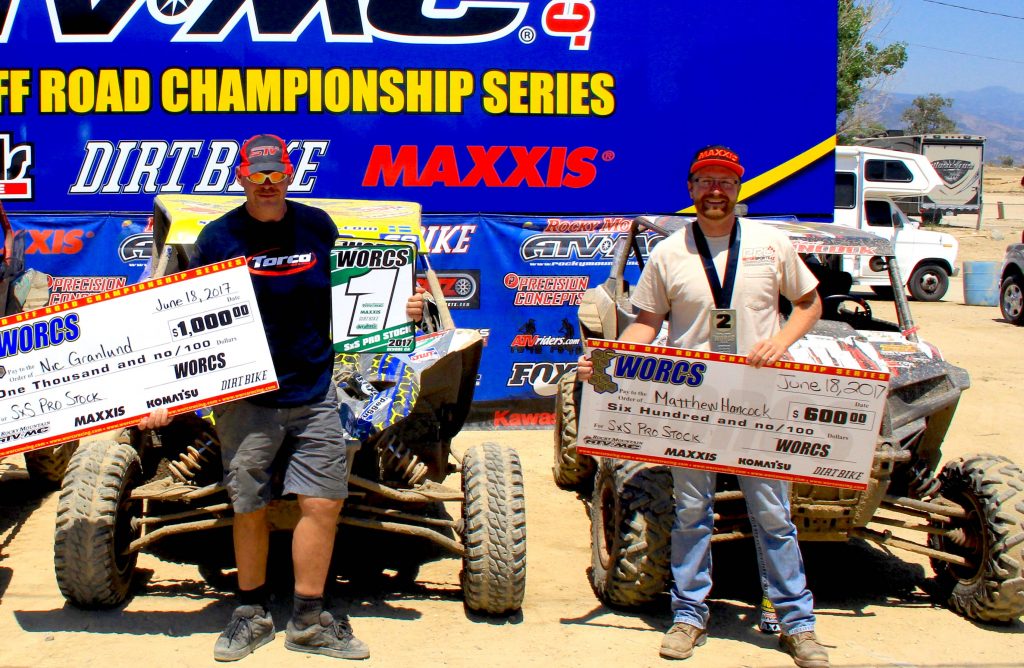 Nick Granlund once again delivered an outstanding performance and beat his competition in his Yamaha once again.  Nick and #93 Matt Hancock in his Polaris RZR battled to the last few laps until Granlund managed a pass for the win.

Cody Bradbury had a mishap on the first turn of the race which caused him to lose 3rd place to #549 Beau Baron. He collided with another racer causing them both to roll over. Once Cody was turned over again he put on a hard charge to finish in 4th place.