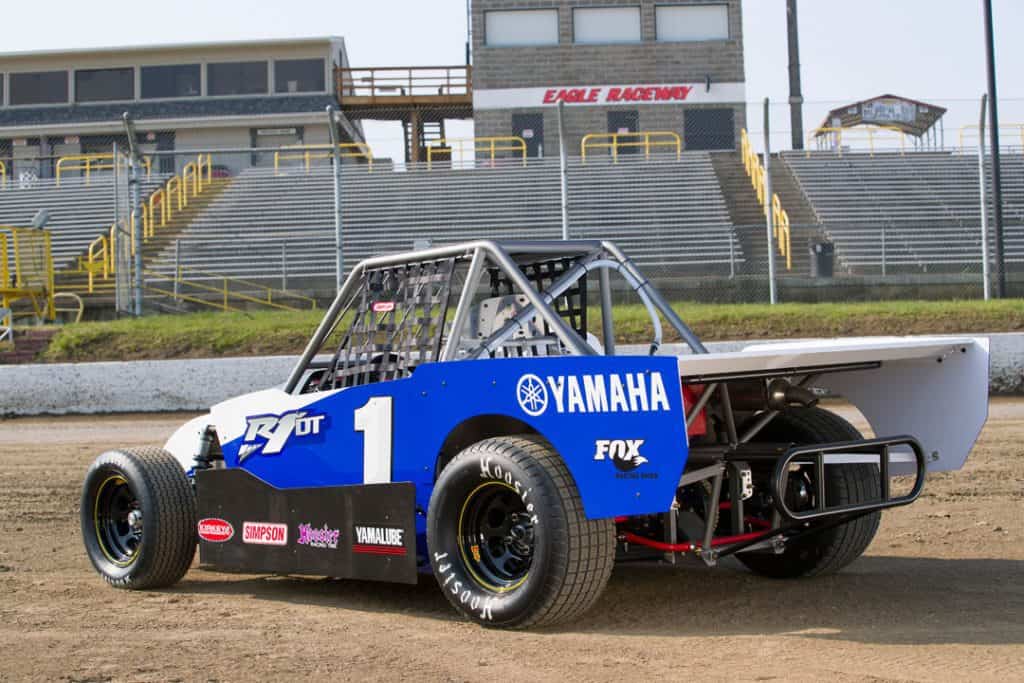 Yamaha recently announced that it would be debuting the new R1 DT cars on the track. The R1 DT concept calls for Yamaha to build track-ready production oval and circle track race cars. Yamaha is still exploring options before committing to production. It is working with race organizations to ensure that they will be a class structure. It is hard to sell race cars that can’t be raced. 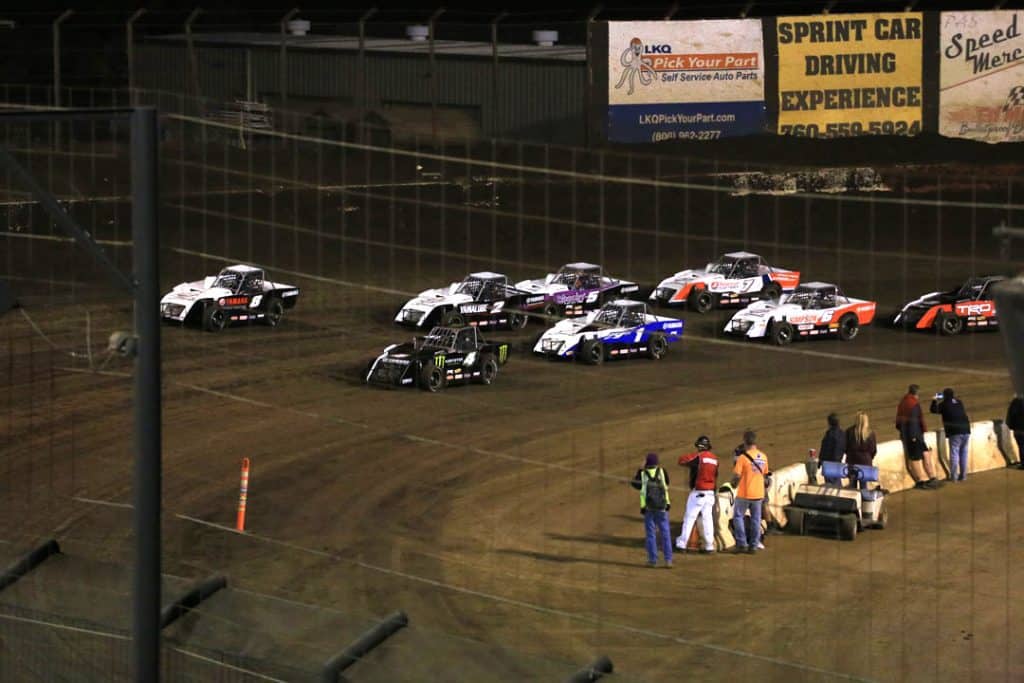 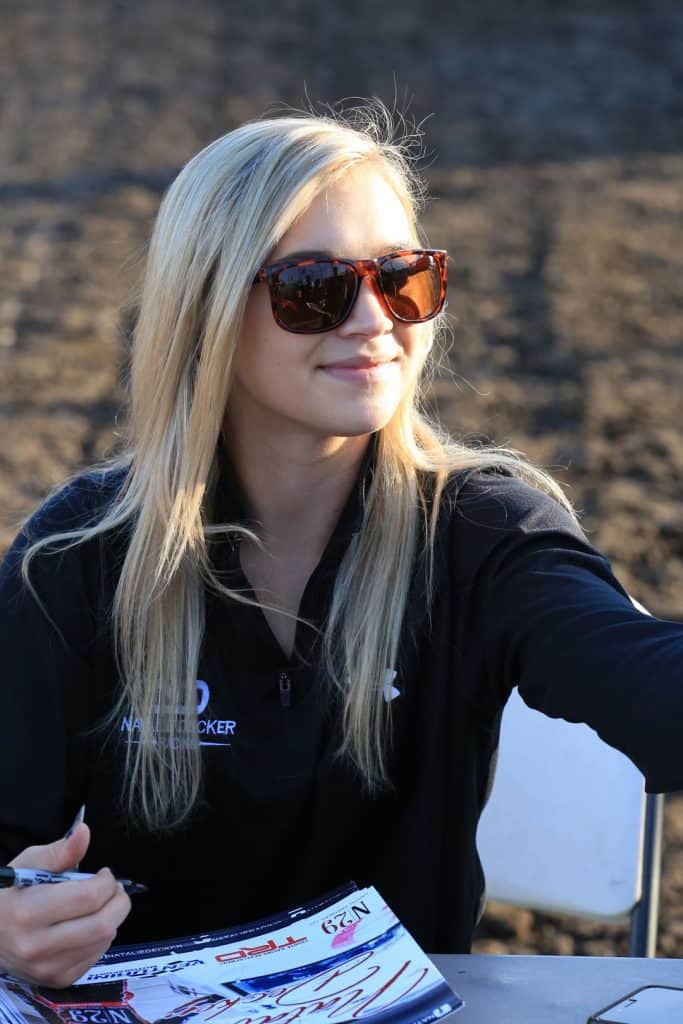 Each of the racers had approximately 100 laps in the cars with the exception of Nelson with considerably more, and Decker with none. She started the night cold, but learned fast. 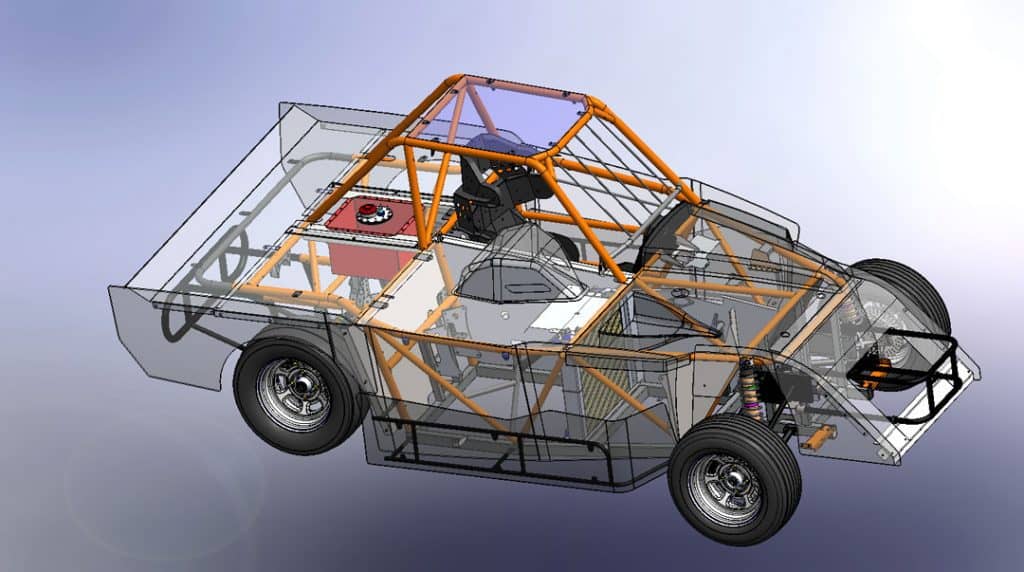 The R1 DT car definitely looks like it was designed right. 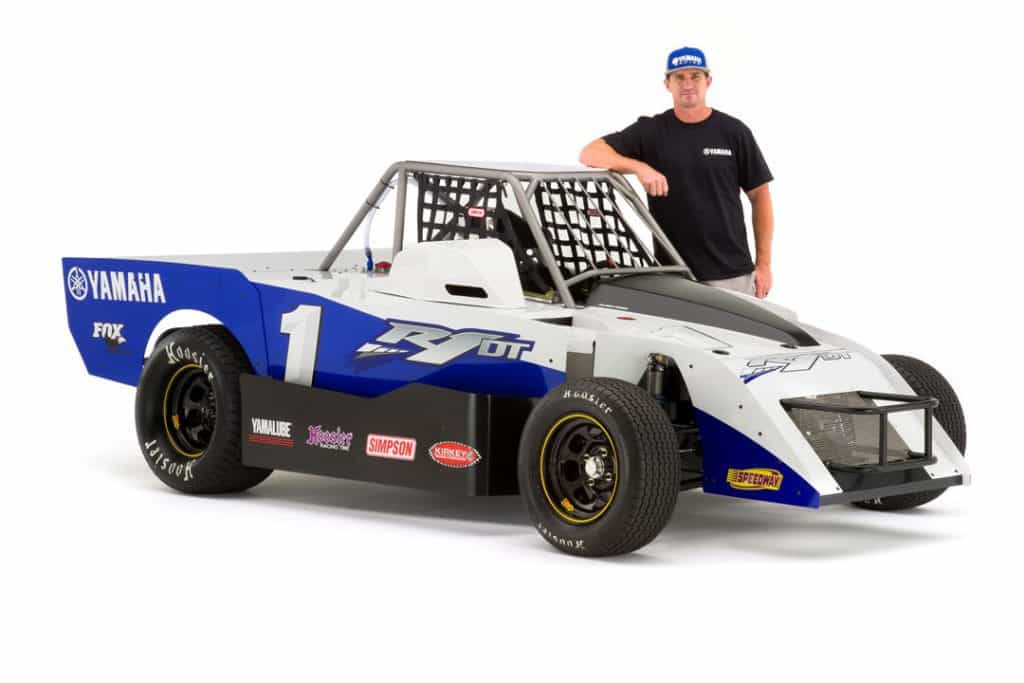 The racing was tight with lots of action. Dustin Nelson had the speed but bumps from other drivers spun his car three times. 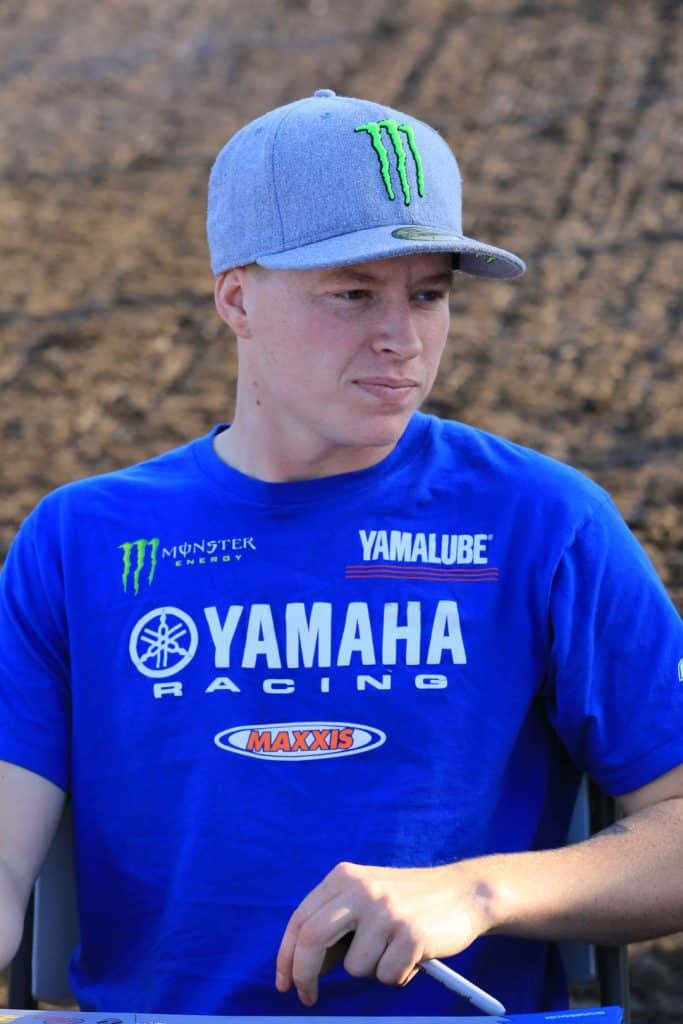 Young CJ Greaves ended up with the win. Donnie Moran barely made the start after it was already rolling but came from last to second. Decker showed remarkable speed, learned quick and stayed out of trouble to grab third. 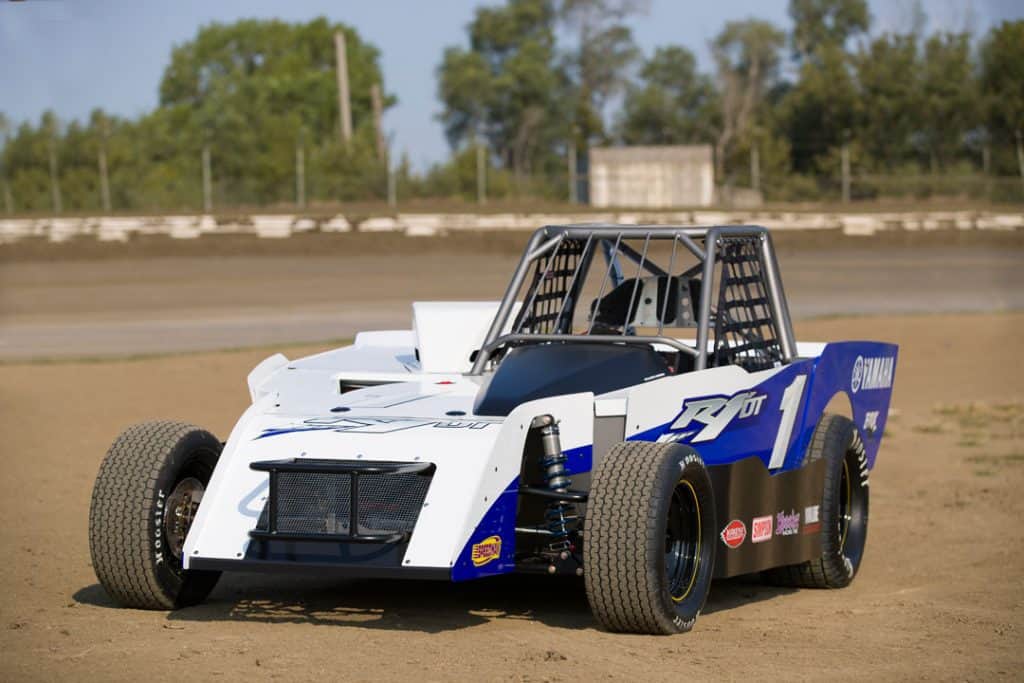 Before the race there had never been more than two of the R1 DT cars on the track at the same time. The cars run a production R1 sport bike motor.