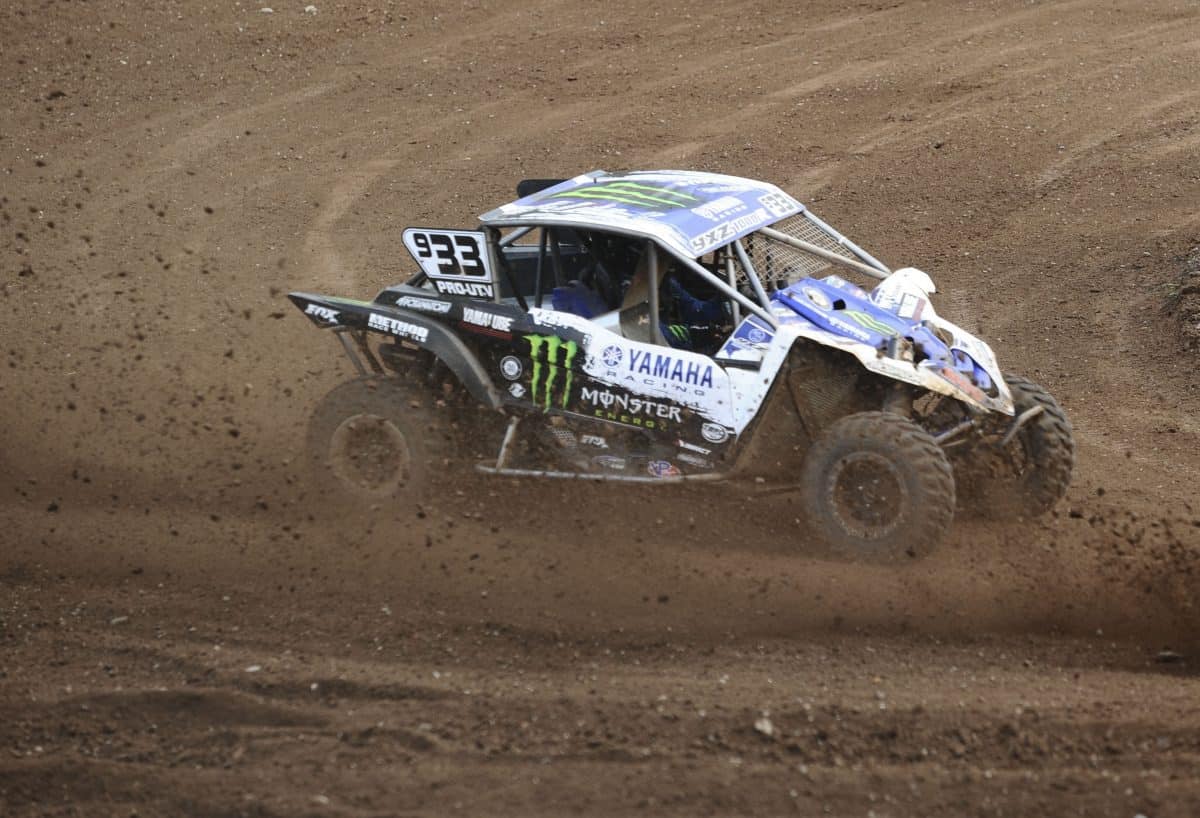 “We’re excited to have Greaves racing for Team Yamaha in the Pro Stock UTV class piloting his YXZ1000R,” said Donnie Luce, Yamaha’s Amateur MX / ATV / Off-Road Coordinator. “Despite only being 22-years-old, he already has a decorated racing career and has proven he can dominate any class he races, not only finishing the year as the second Pro Stock UTV champion in TORC Series history, but also earning his third-straight Pro 4 truck series championship.” 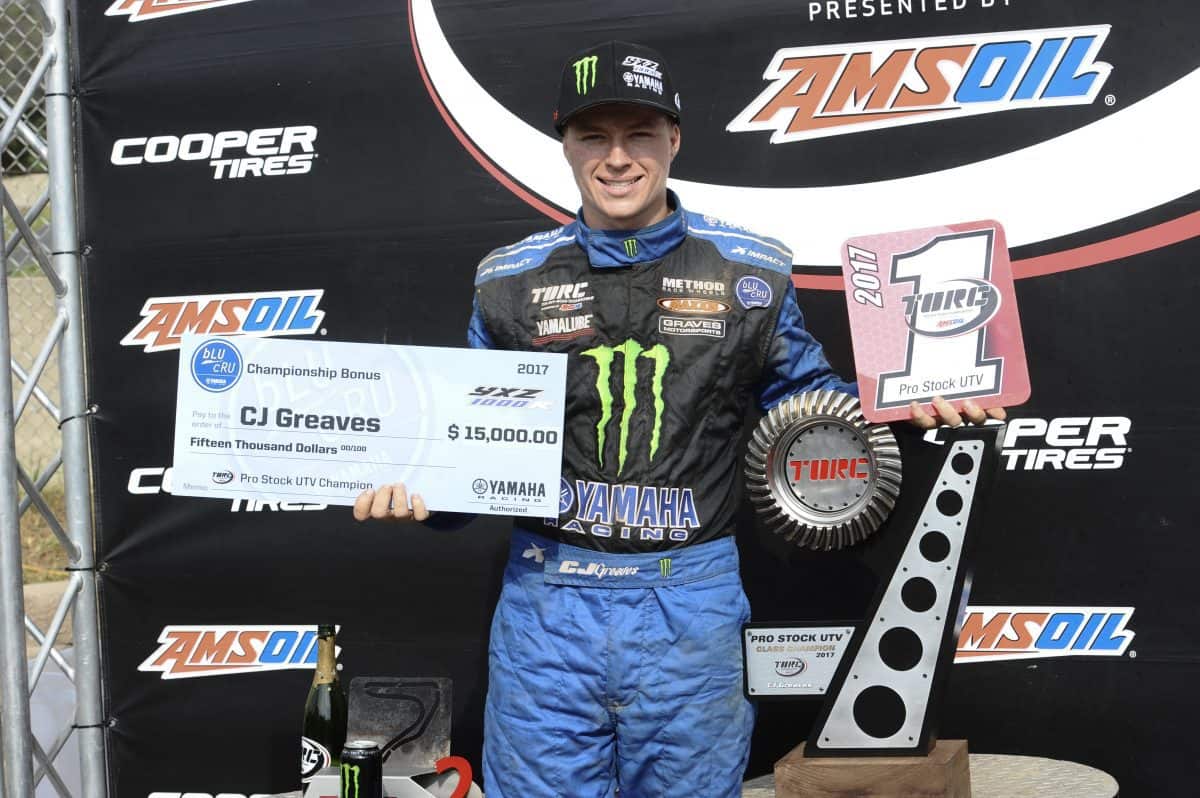 Winning twelve rounds in a row and finishing a nearly impeccable season, Greaves dominated the Pro Stock UTV class with a 54 point lead over second-place driver Zach Martin, and 122 points ahead of Jake Lunderby in third. Both Martin and Lunderby raced the series in YXZ1000Rs, allowing Yamaha a podium sweep this year. 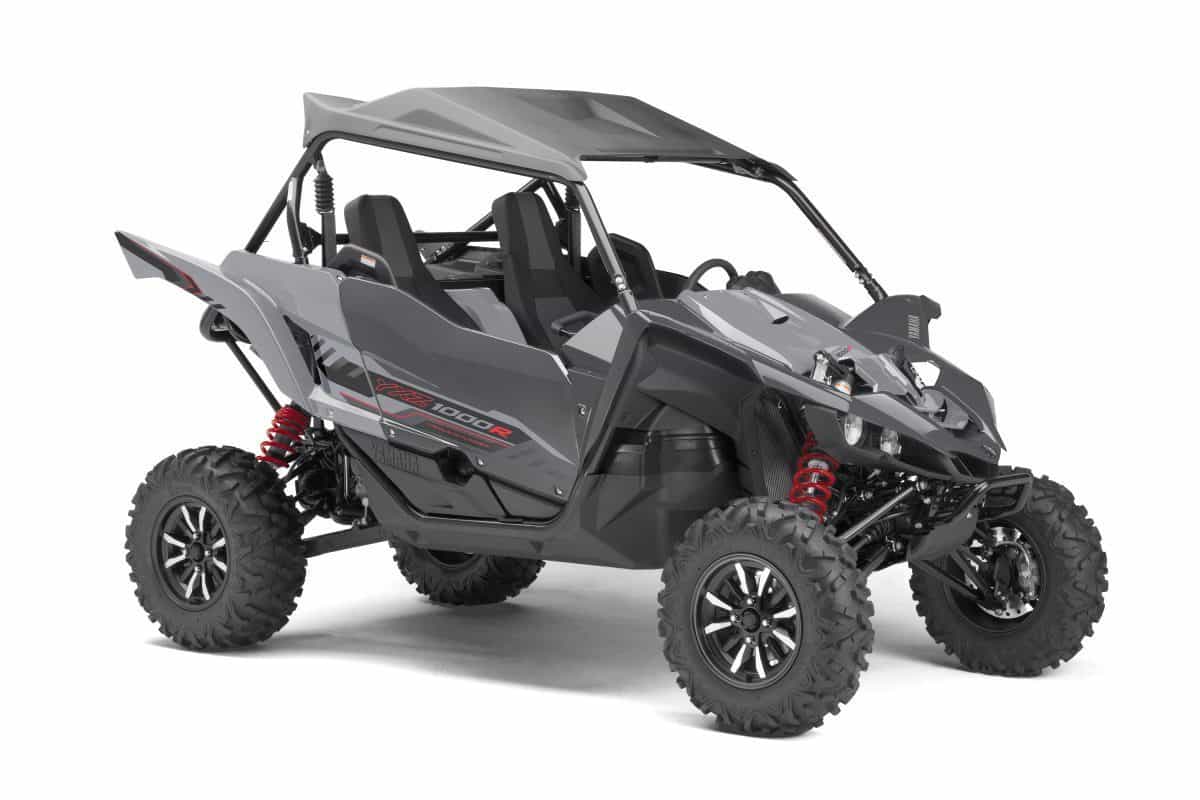 In the TORC Series’ Pro Mod UTV class driving his non-turbo YXZ1000R, Powersports 1 / Johnny G Motorsports / Yamalube #945 Rodney Van Eperen secured an overall second-place finish – only eight points behind the leader, and against a fleet of turbos. Van Eperen’s results, along with Greaves’ near-flawless run, a Yamaha podium sweep, and the second-straight year for the YXZ1000R winning the Pro Stock UTV Championship since the class was introduced last year, attests the Yamaha YXZ1000R is the dominant, Proven Off-Road Side-by-Side for short course racing.