This build is an awesome tribute to the fallen heroes of September 11 2001 including Raffa’s cousin, Arlene T Babakits who worked on the 15th floor, her and other port authority workers  got trapped in the 10 floor stairwell when one of the twin towers came down. 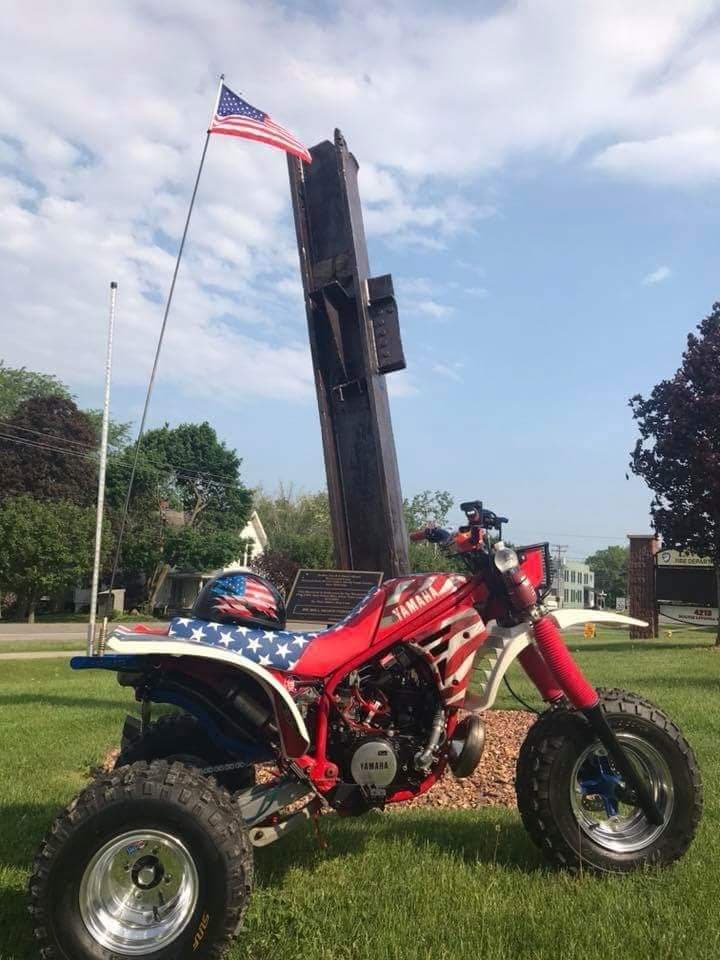 Bryan lives in upstate New York and says the best part of this Yamaha Tri-Z 911 Tribute  is a glow-in-the-dark coolant  bottle that he says, lights up, every night when he shuts the lights off in his shop. That bottle was made by a friend John Swinehart who is unfortunately no longer with us either.

Thanks for sharing this with us. Bryan is an intricate part of the modern 3-Wheeler movement. He restores, rides and races on three wheels with a soft spot for Yamahas. Check him out on www.facebook.com/BryanRaffa 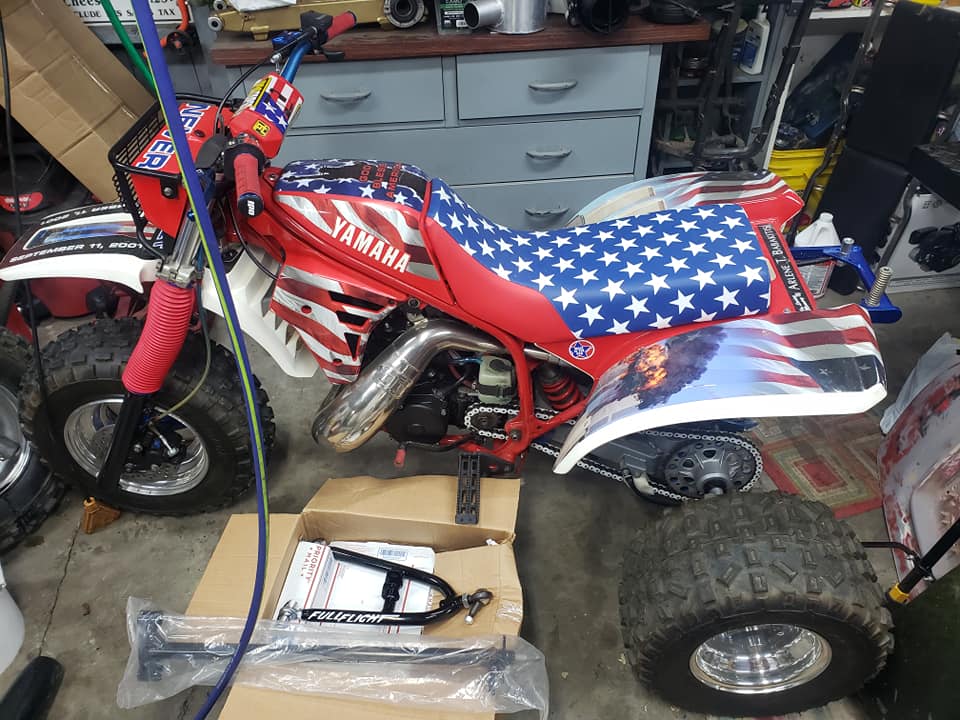 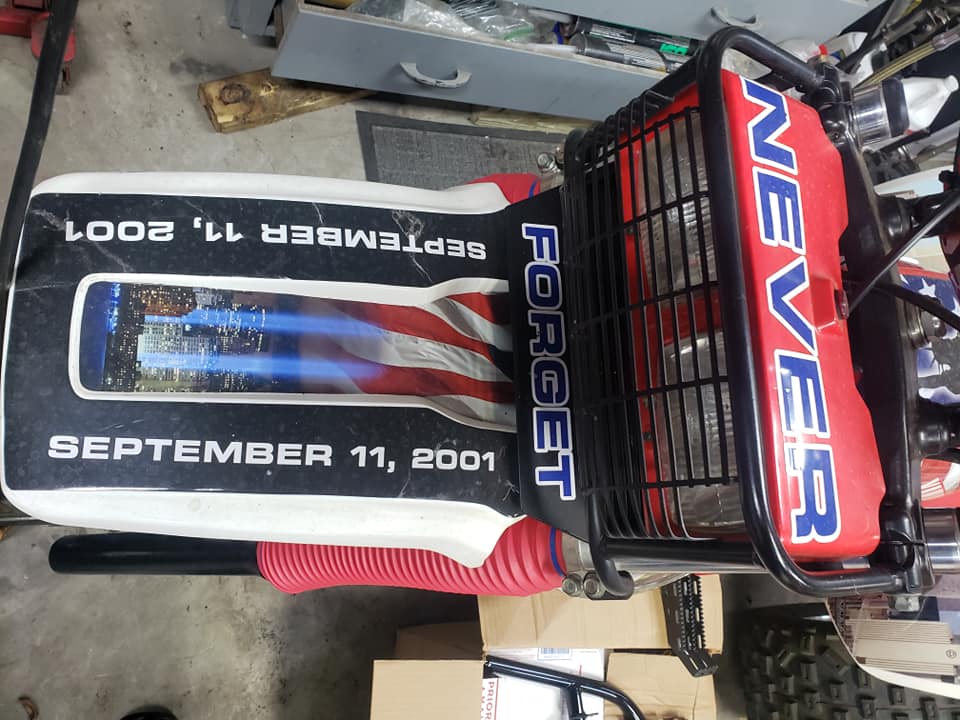 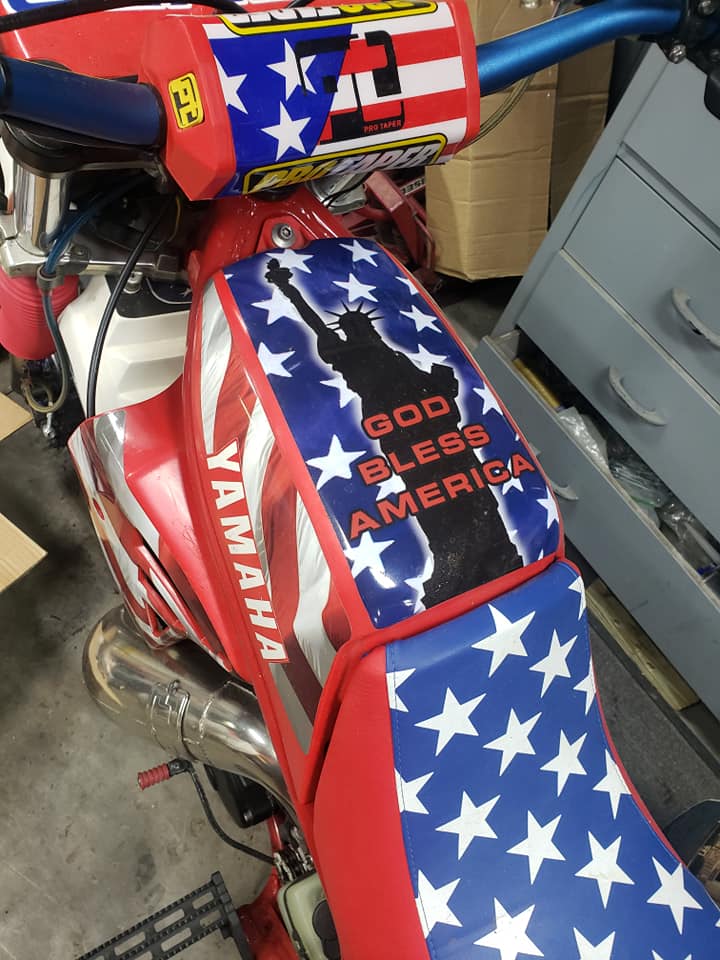 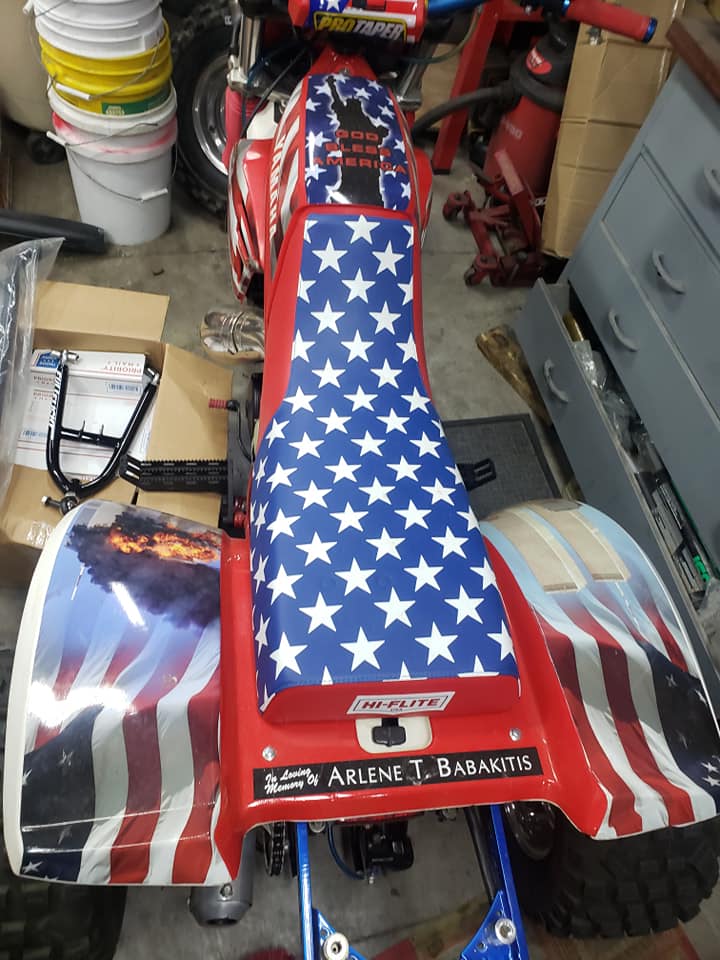 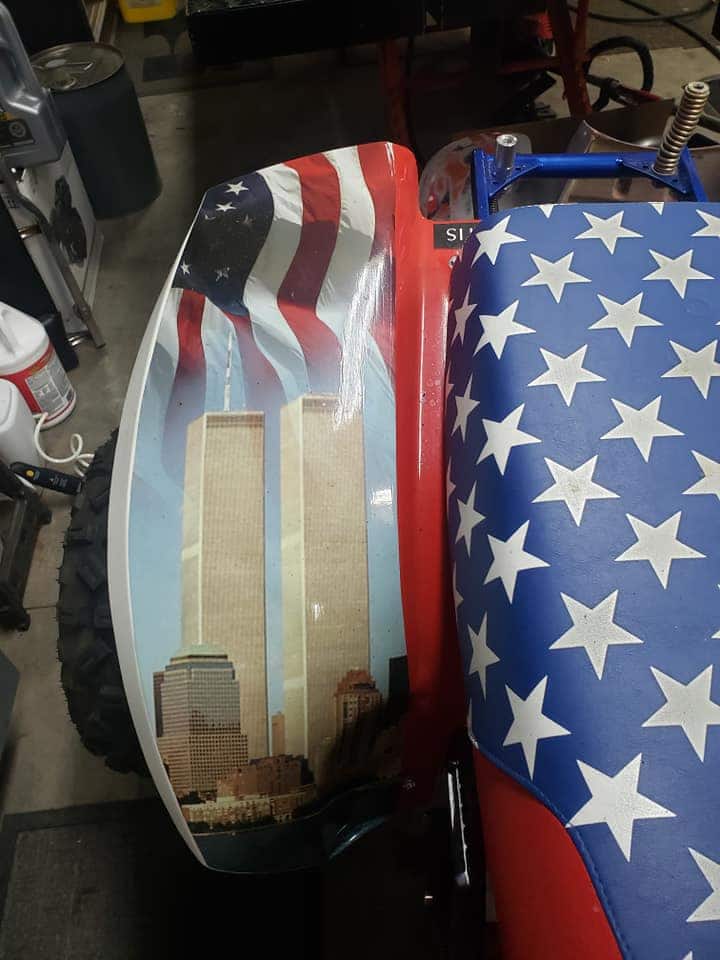 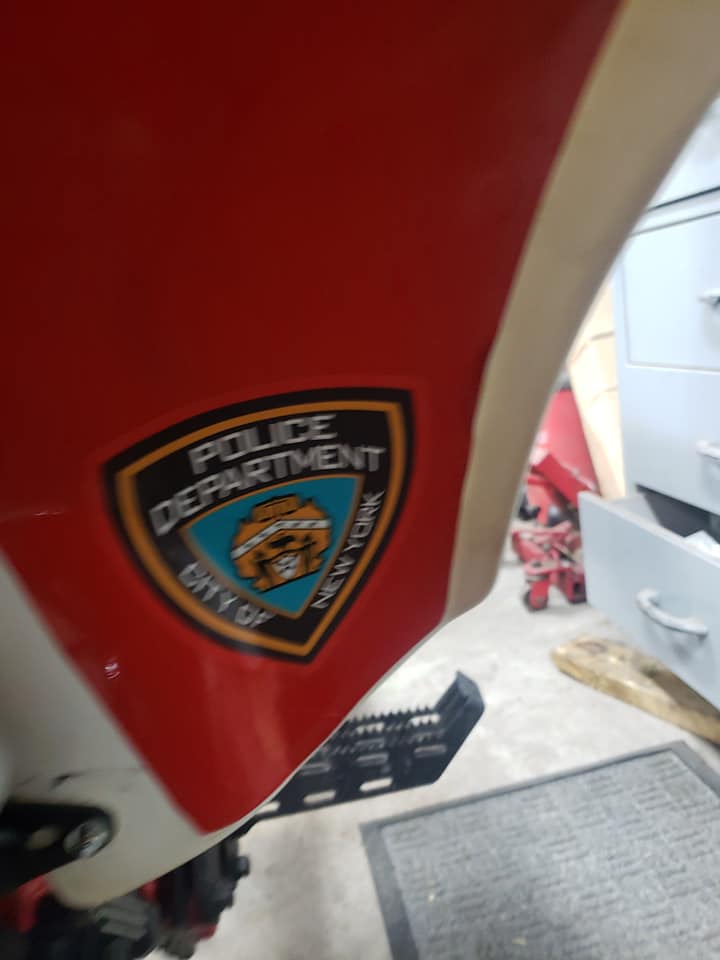 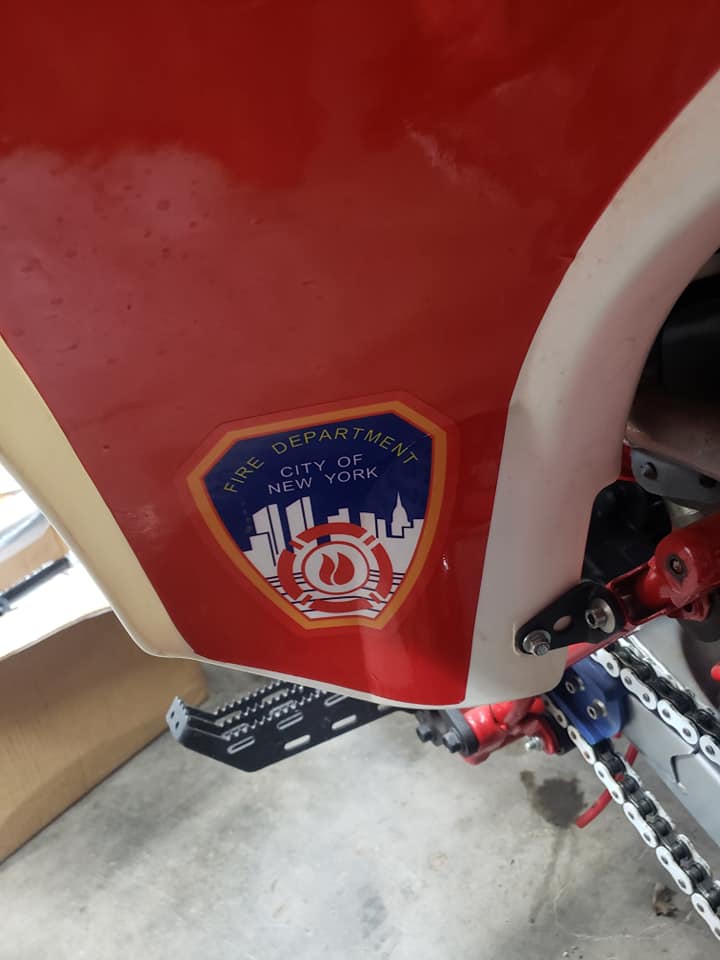