The latest version of the famous two-stroke three-wheeler

Ever since Honda dropped their ATC250R after 1986, people have wondered how one would look today if it suddenly returned to the line-up.

Well, that has not happened yet, but what we have here is probably the closest thing to a 2020 ATC250R that Honda would build. It has an aluminum frame, inverted front forks, and a 2-stroke engine with a power-valve, raising and lowering the exhaust port to make a broader powerband. 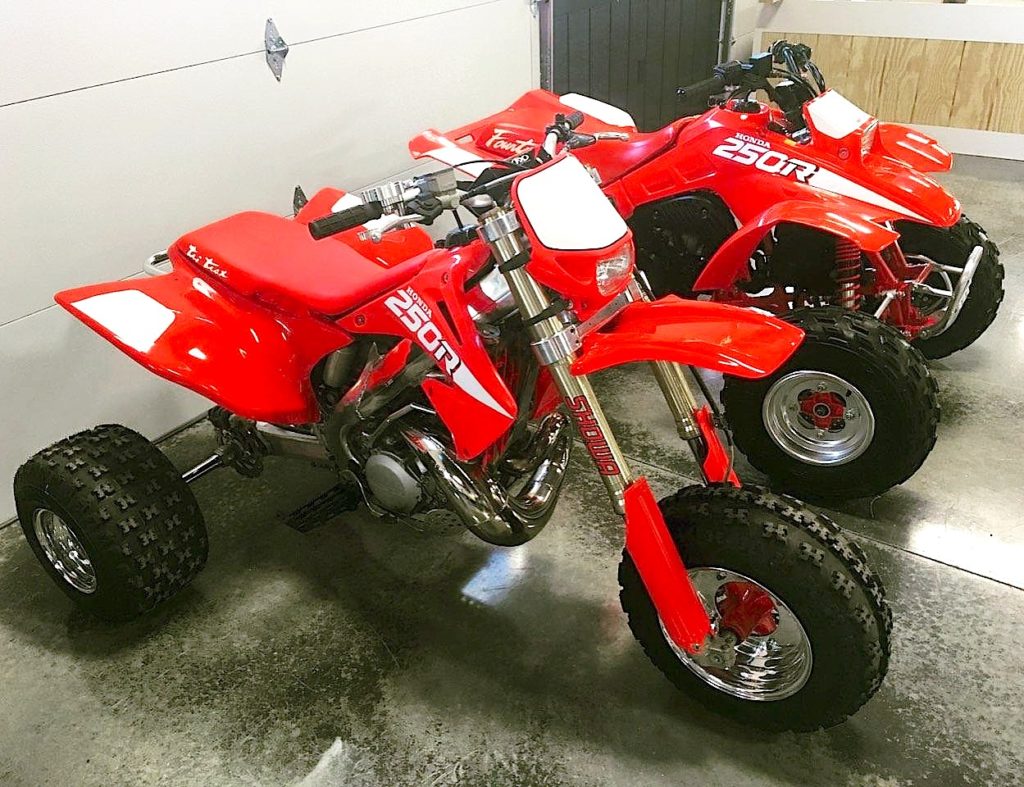 So, how did this modern ATC250R come to be? Well, it’s another project build by Michael Noska of 220 Trikes LLC. He began with a 2003 Honda CR250R dirt bike and converted it into a three-wheeler using the standard formula he uses when converting a CR450R four-stroke.

The difference here is he wanted to remain closer to the original king of three-wheelers. It had to have a two-stroke engine which is a reason why the original ATC250R was so fast, to begin with. 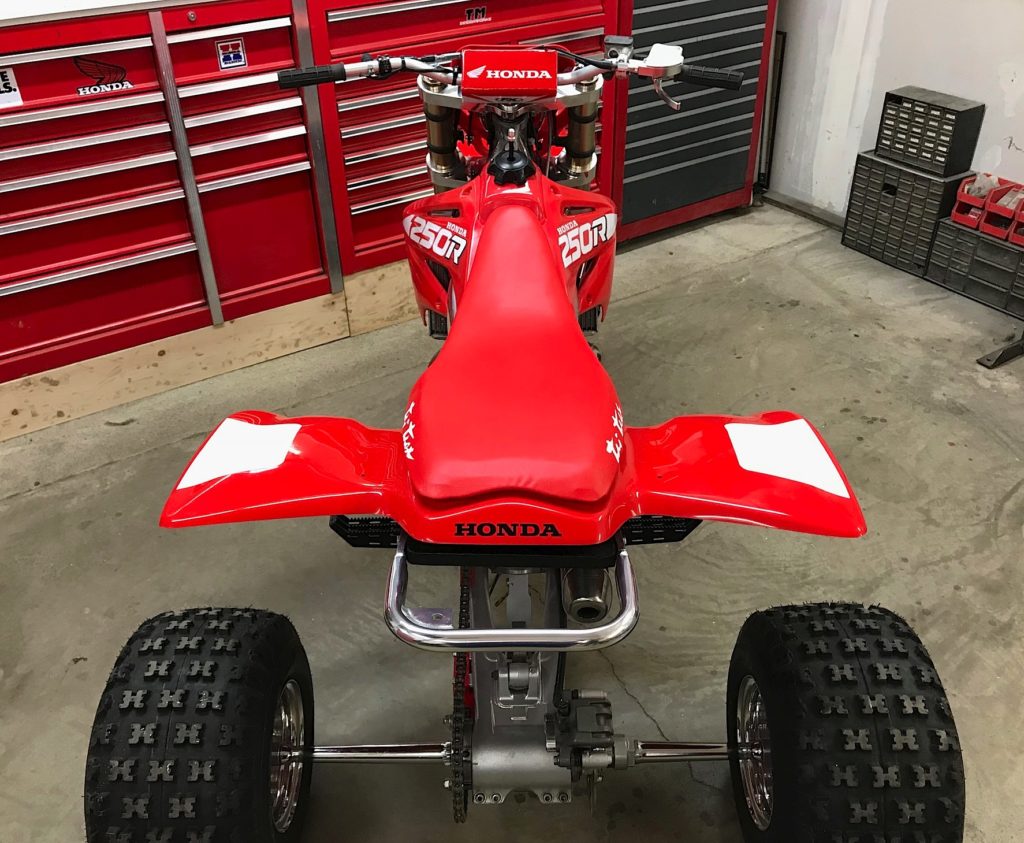 The 2003 version of Honda’s CR250R made quite a bit more power than the 1986 CR250R. In fact, the last year of Honda’s CR250 two-stroke engine didn’t really have much advancement over the 2003 model. In other words, the engine in Michael’s ATC here is pretty much what a 2019 model two-stroke would be. The thing should rev quick, scream on the top and provide a good hit on the bottom too. Even more so than the 1986 ATC250R. 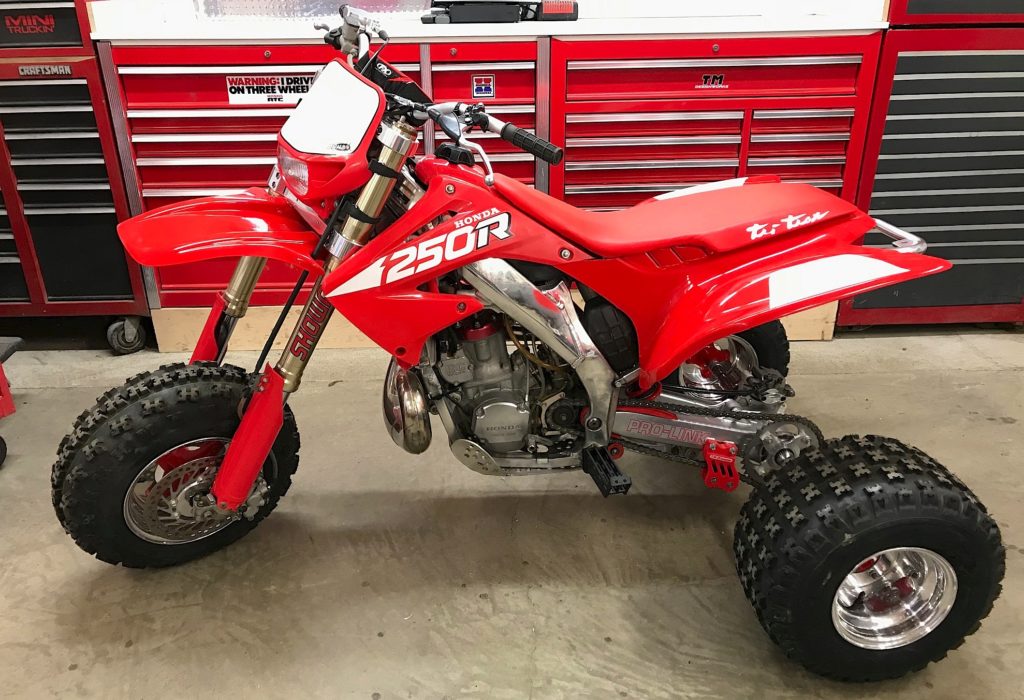 You’ll note in the first photo that Michael Noska also has a beautifully restored 1988 Honda TRX250R next to his ATC250R conversion. It certainly looks good too. Man, what fun it would be to spend a day riding these two machines around a track. There is also a BEFORE photo provided showing what the donor CR250R looked like. 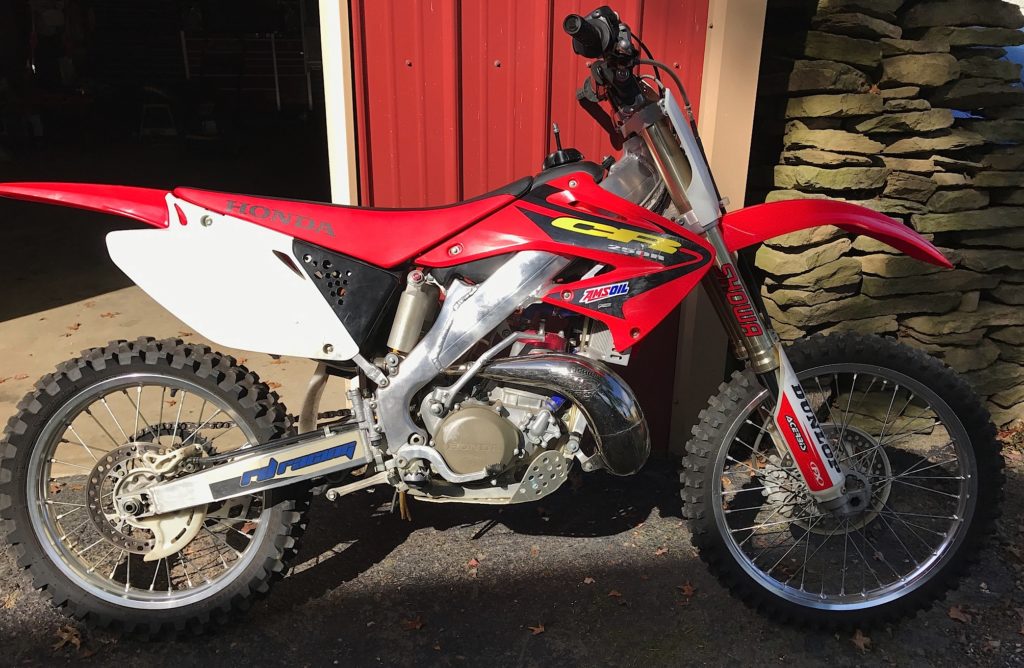 To see your quad, UTV or 3-wheeler featured here and in the magazine, send us good photos and info on it along with your name, city & state. E-mail it to [email protected]

THE NEW NOVEMBER ISSUE IS HERE!