DO YOU REMEMBER THIS FAMOUS QUAD? 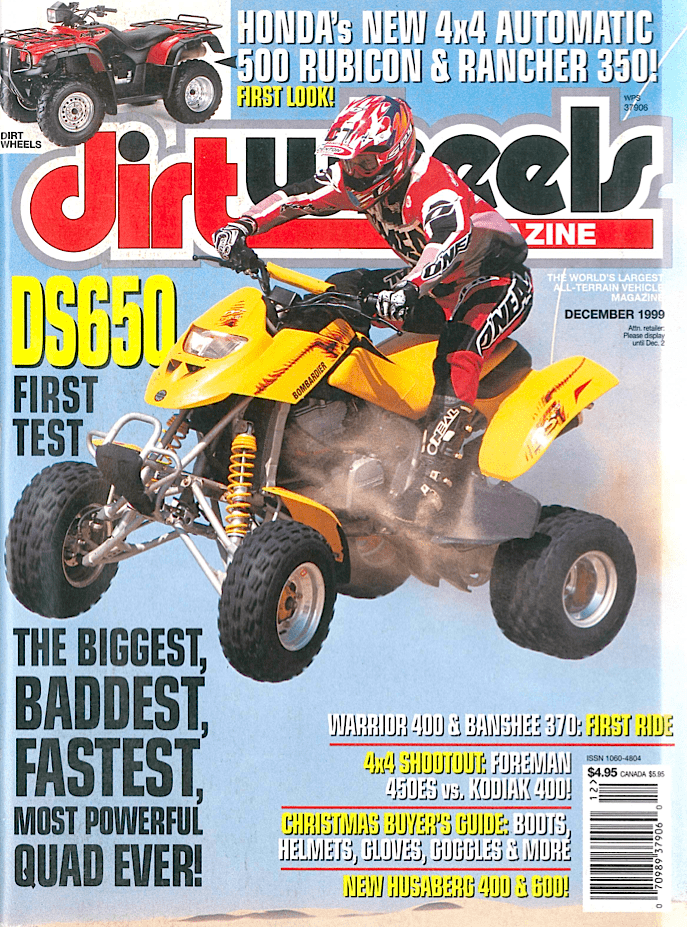 THE BIGGEST, BADDEST, FASTEST, MOST POWERFUL QUAD EVER!

— That’s what it said on the front cover of Dirt Wheels, which was certainly a true statement at the time, back 1999. Everyone in the ATV world became very excited about the DS650 when the first photos and news about it were released a few months earlier. At that point all of the ATV enthusiasts across the country were eagerly waiting to read the test on it in Dirt Wheels. What did the Dirt Wheels test crew think about this all-new, super-sized, mega-powerful sport quad from Bombardier? Well, you can read the actual first test below and experience the same feeling of riders back then. Just so know, Bombardier ATVs went through a name change later and became known as Can-Am. 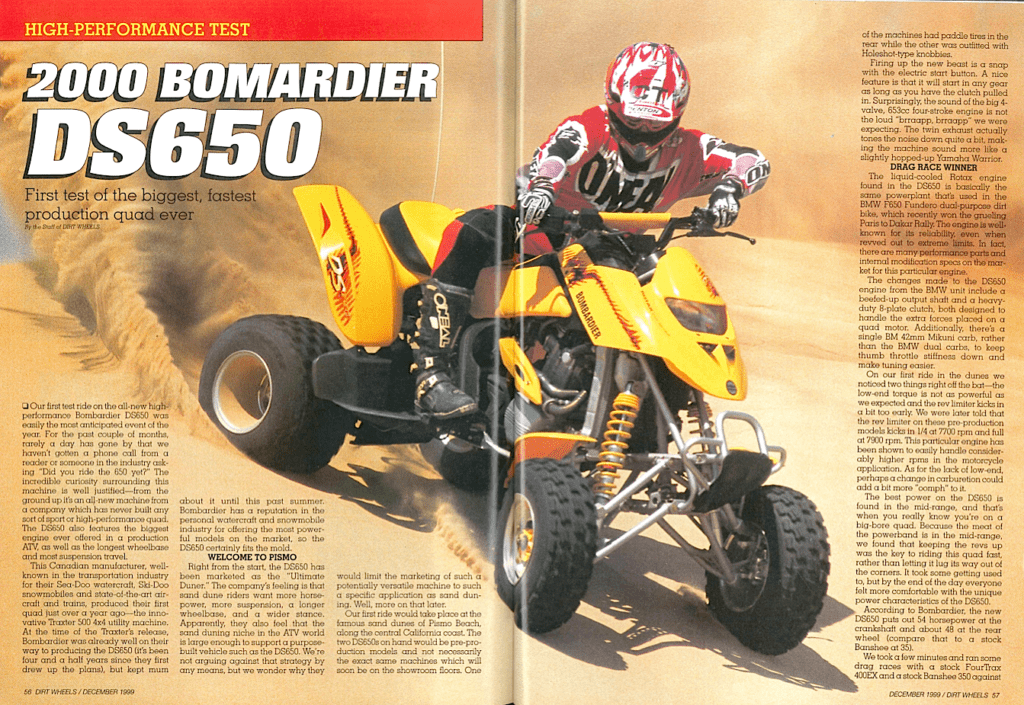 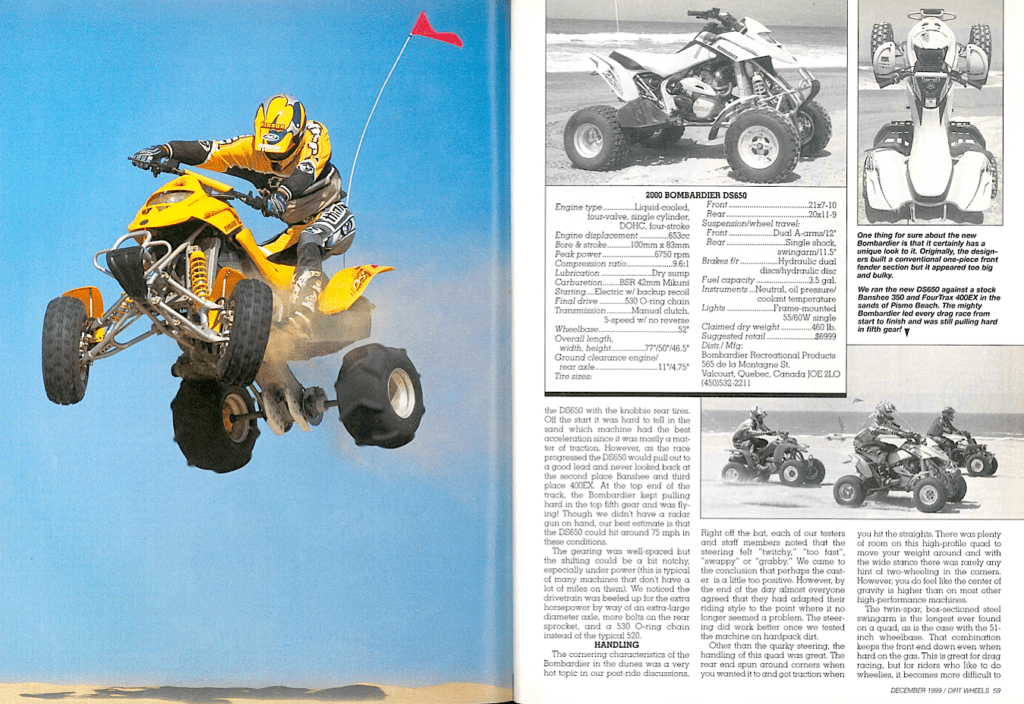 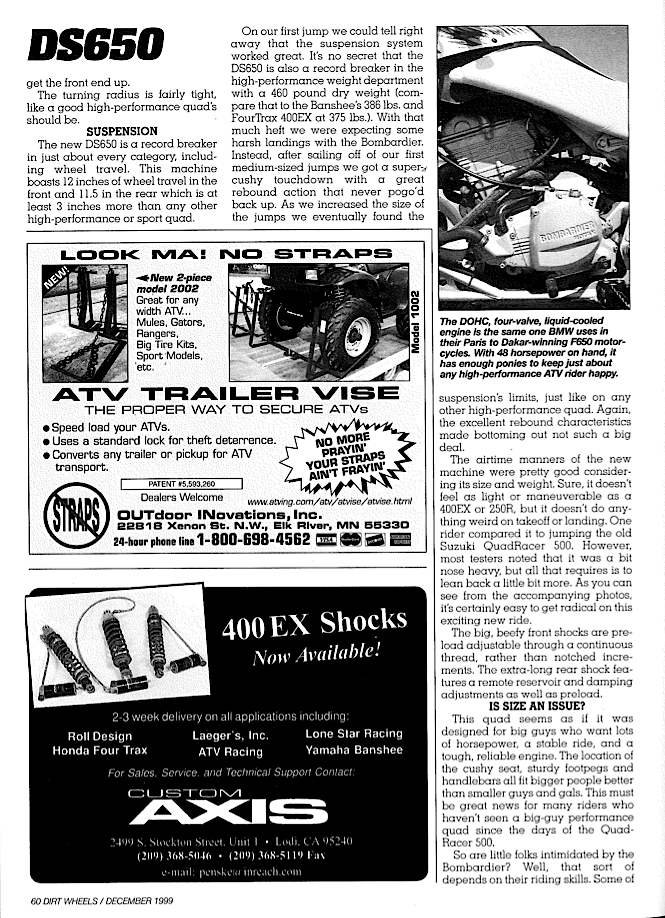 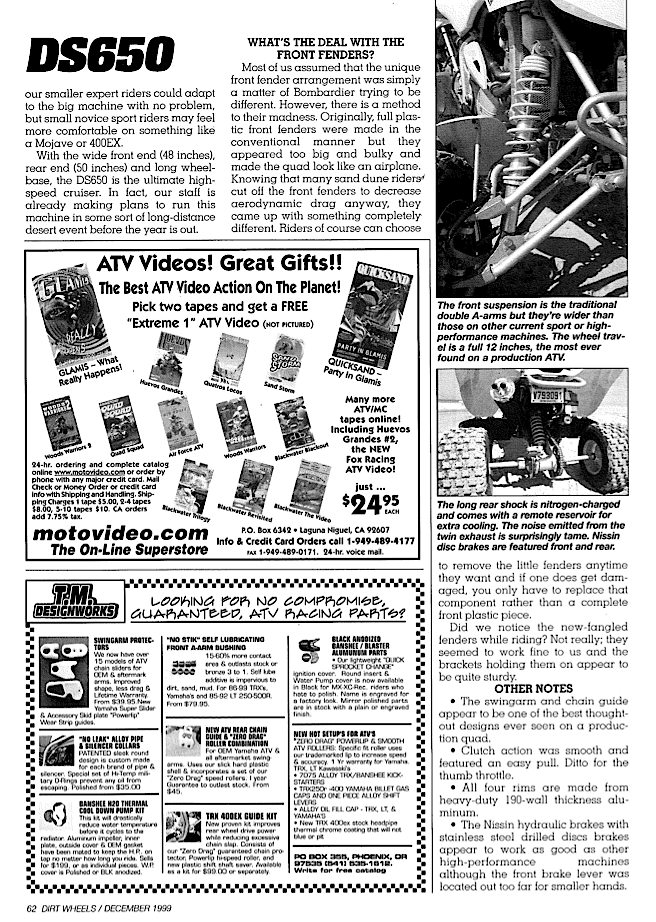 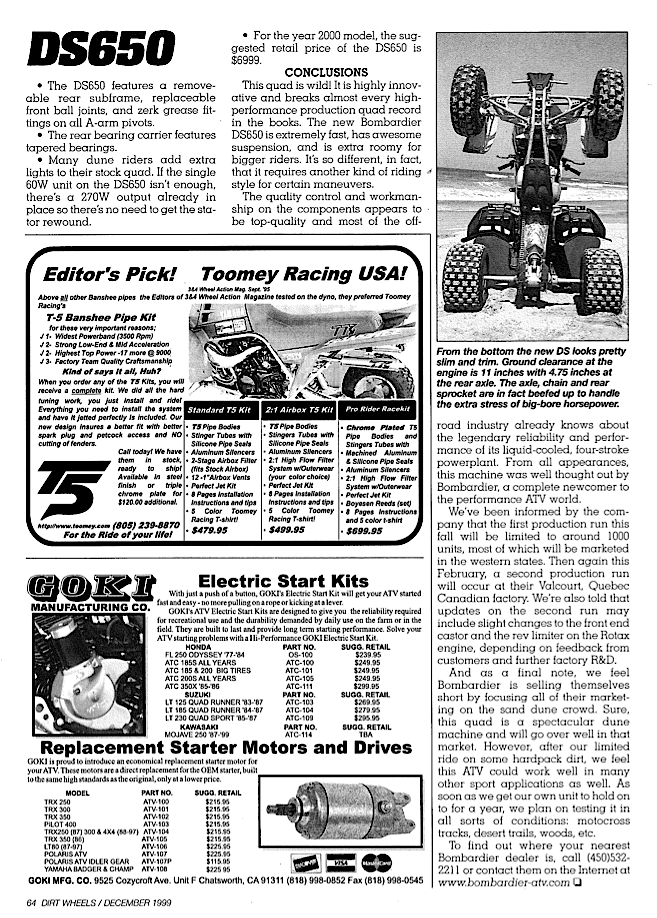 FAMOUS QUADS YOU SHOULD KNOW ABOUT