Have you ever wondered which machine can be credited as being the first UTV? That can be rather murky based on how strict the rules are for proper classification. However, many people say the first side by side off-road vehicle was the Lockley Wrangler in 1970. You say you never heard of one before? You’re not alone. The older members of our staff only had vague memories of the vehicle with no recollection at all on what it was called. Thanks to Dirt Wheels readers Steven and Kelli Gleason, we were sparked into investigating its history. 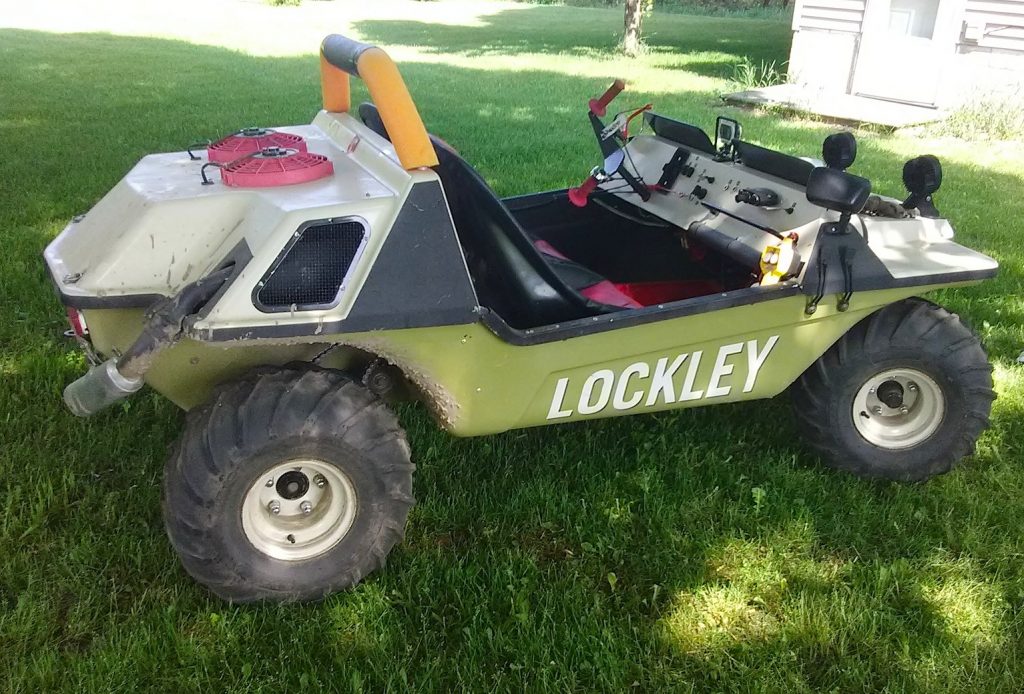 Here is the 1970 Lockley Wrangler they spent seven months rebuilding. It originally came with a 12 horsepower motor, but they replaced it with one from a Yamaha 480 snowmobile. They replaced every nut and bolt, spiffed up its visual appearance and added a few things to make it more practical for out on the trail. Kelli says they regularly ride it on the West Michigan trails. It sees action 8 months out of the year, rain or shine. 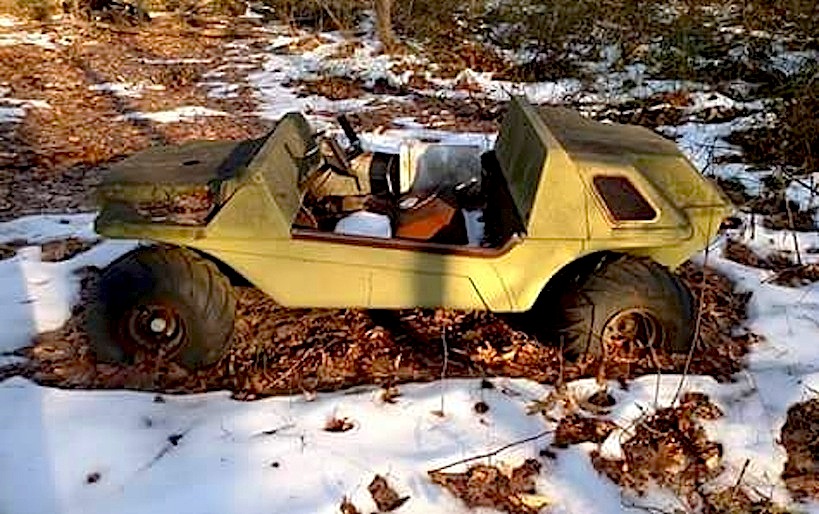 In the “BEFORE” photo, you can see how rough the Lockley Wrangler was when they began the restoration project. Their motivation was to see how well this Amphibious UTV would actually perform. Yes, this machine was following the philosophy of the Argo six-wheelers that had come out some years before 1970. Those machines were based on a fiberglass tub that could float, with six fat bouncy tires mounted to it. The way it turned was like a bull dozer with brakes being applied to three tires on one side, while the three tires on the other side had drive. 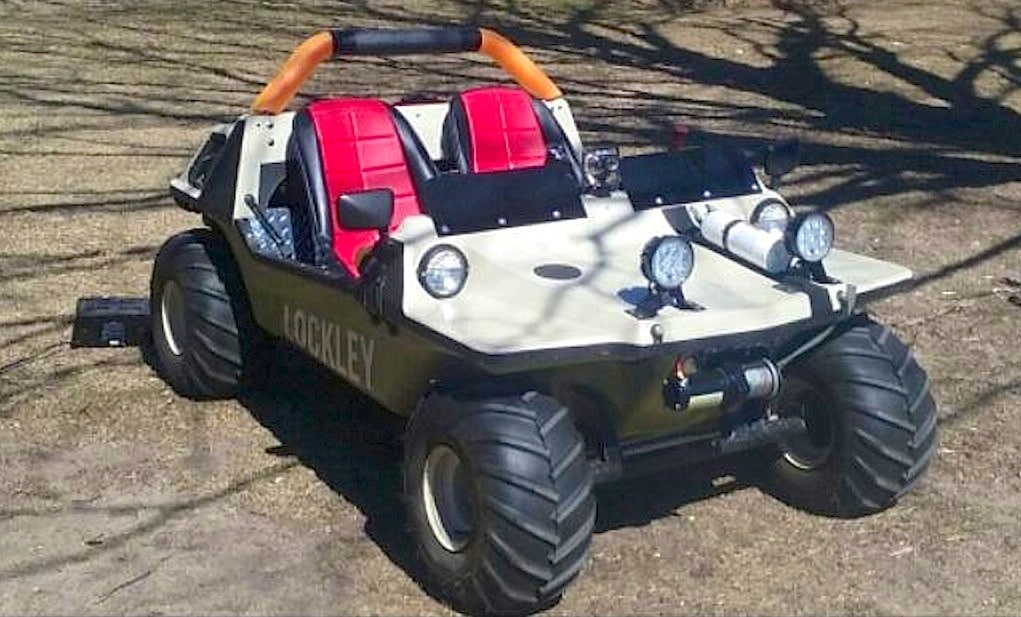 The bull dozer concept wasn’t needed with the Lockley Wranger, since with only four tires, the front two could turn left and right. Without dealing with suspension it was easier to keep the tub water tight. The front straight axle and steering rods are mounted in front of the tub. The rear straight axle is mounted below the tub. A shaft with a drive sprocket is mounted high above the water line, with a chain going down to a sprocket on the axle. 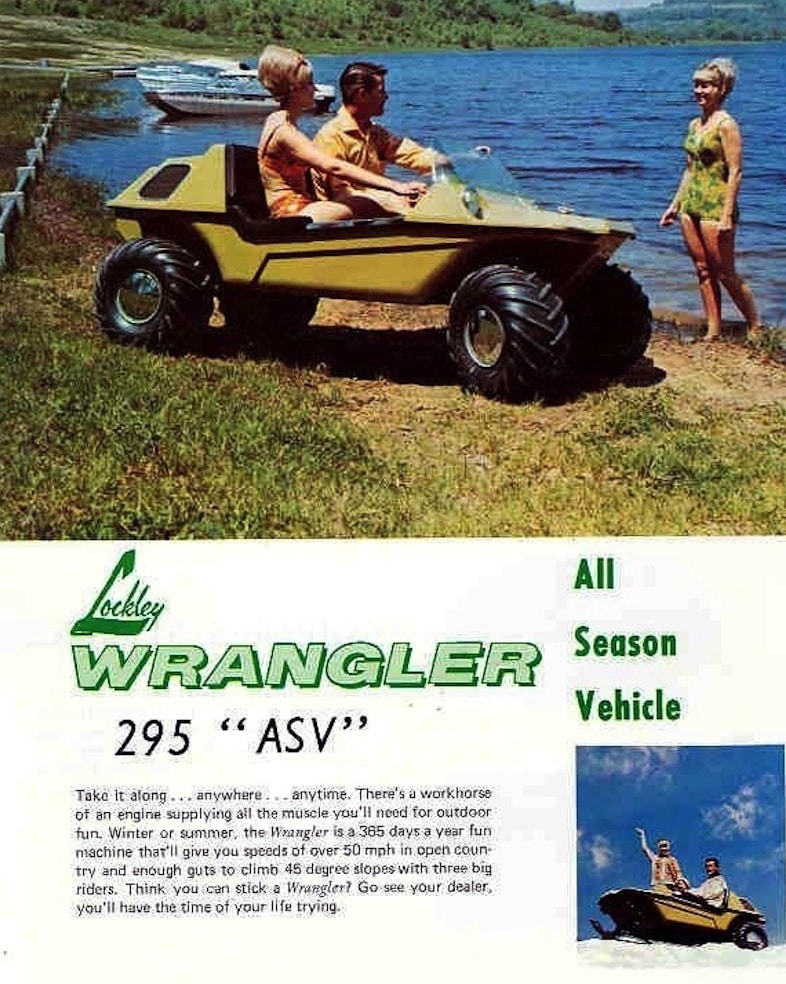 Here is a vintage brochure of the Lockley Wrangler from back in 1970. It looked like a cool machine to have fun in as long as you didn’t need to go too fast over bumps. The guys back then probably looked at that photo and said, “Man, there is the babe magnet I need to get.”