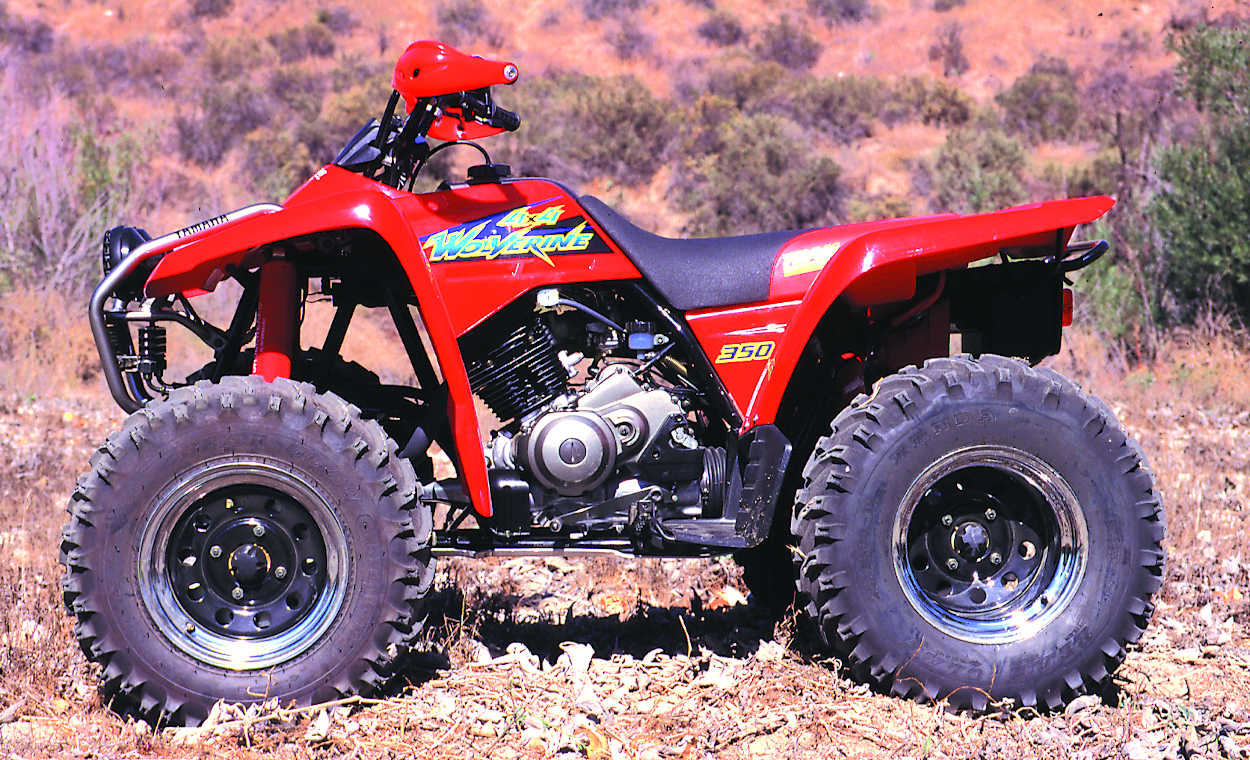 *Editors Note: A  look back at a Team Alba  Racing set up on our 1998 Yamaha Wolverine.

The folks at Alba Yamaha near San Di­ego, California, hit upon a unique marketing concept several years ago. Instead of simply selling ATVs in the pure stock form like everyone else, they began to jazz up brand-new machines with trick aftermarket parts and then put them up for sale at the regular manufacturer’s suggested retail price. The idea proved to be pop­ular, not only with riders in their lo­cale but with other off-road enthusiasts from around the country. In fact, Alba’s motto is, “We’ll ship a new Team Alba quad anywhere in the world!”

They began with Banshee 350s, then moved on to Warrior 350s. This year their Team Alba Wolverine 4×4 makes its debut. Like the Banshee and Warrior, it features motor mods and new tires and wheels, as well as several other bolt-ons. Unlike the oth­er two machines, however, there is not yet a decal kit. For ’98, both the Ban­shee and the Warrior do feature com­pletely new decal kits (see ac­com­panying sidebar).

In the engine department, a tuneable White Bros. Megalloy pipe was in­stalled along with a change in the carb needle position and main and pi­lot jets. The airbox gets a drill job (op­tional, of course, for riders who spend a lot of time in the water) along with a better-breathing K&N fabric air filter with an Outerwears filter wrap. There’s also a torque valve, or stuffer, in the head pipe. This White Bros. component is a sleeve that de­creases the diameter in the headpipe to add more back pressure in the pipe which in turn is designed to give quicker throttle response and better low-end power.

For added 4×4 toughness, there’s an AC Racing aluminum skid plate that is designed to help the machine glide over obstacles as well as protecting the underside of the ATV. A pair of sharp-looking enduro handguards come in real handy on brushy trails. They are made by USO Plas­tic and feature a tough alumi­num bar end.

Finally, the Wolverine gets a stylin’ makeover with the all-new Team Al­ba seat covers, which feature a “Grip­­per” top that has already re­ceived rave reviews in the motocross world. There’s a complete set of Out­erwears shock covers to set the ma­chine apart from the rest even more. Af­termarket racks are not part of the package but can easily be added if the customer wish­es to perform some hauling chores with his 4×4 as well.

This quad flies! We were expecting only a mild to moderate horsepower in­crease from the pipe and air intake mods, but what we felt out on the trail is a substantial boost in power overstock. The bottom-end and midrange are especially strong and torquey, and we felt we could accomplish just about any tough 4×4 maneuvers with this extra power. The top-end doesn’t just sign off, either—it keeps pulling strong and revs out nicely. The pow­er­band is not so radical that the en­gine is hard to handle, even in slow-going technical sections.

The throttle response does feel pep­pier from the well-matched torque valve and pipe combo. As most engine tuners will tell you, an in­crease in air intake (from the airbox and filter mods) is one of the most im­portant hop-ups one can do to an en­gine. Of course, the pipe does make the machine louder, but that is ad­just­able by adding more discs. How­ev­er, with more discs in, the horsepower boost is decreased, so riders will have to decide just how much they can get away with in their particular riding situation.

We noticed the taller stance the tire and wheel change made right off the bat. Veteran 4×4 riders know the ad­van­tage of more ground clearance, and that, along with the skid plate, helped us skim right through the tough sections. The BearClaw tires al­so provide considerably more traction than the stock tires, putting this machine on par in the nasty stuff with just about any other 4×4 quad. About the only complaint from our testers is a harder-to-steer front end, due to the bigger and wider tires. At times it felt like the front end had a mind of its own, but all the rider has to do is stay on top of it and not get too lazy about the steering. This is a manly man ma­chine!

Finally, the seat is not only stylish, but the “Gripper” top really does work, helping to keep the rider from slip­ping around in wet or muddy conditions.

Of course, customers in other parts of the country will have to deal with the added expense of freight (which usu­ally runs at least a couple of hundred dollars). You will have to budget a few more dollars for set­up, documentation, tax, and license (if ap­plicable in their state). Contact Al­ba Yamaha at (619) 562-0188 for more information.